You are here: Home / Blog / corinthians 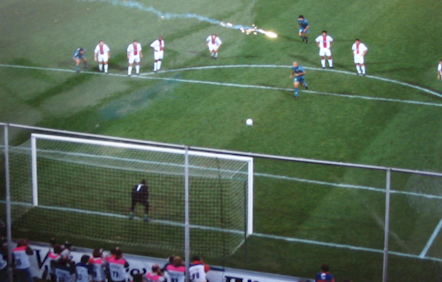 After 18 years of professional play, after being named FIFA Player of the Year three times, after setting – and still holding – the record of 15 goals scored during the World Cup, and after winning the World Cup twice, Brazilian soccer superstar Ronaldo retires from the game because of persistent knee injuries and his body’s inability to keep up.

With tears in his eyes and his two sons by his side, the 34-year-old announced his decision on February 14, which ended his contract with the Brazilian club Corinthians.

Fans have been disappointed with Ronaldo’s performance, which has been deteriorating for two years during which he’s faced three serious knee injuries that have threatened to end his career. He’s been forced to work even harder since he learned he has hypothyroidism, a condition that makes it difficult for him to stay in shape.

According to NPR, Ronaldo said that he wants to “publicly apologize for failing in the [Copa] Libertadores project,” the most important Latin American tournament.

However, team President Andres Sanchez handed him a jersey with the words “forever” and “phenomenon,” and former Inter Milan teammate Youri Djorkaeff said, “Ronaldo is the best player I ever played with.” Many would agree, despite his downfall these past few years.