From park benches to art galleries, graffiti has moved into the mainstream, but along the way has cultivated risk, fame and controversy.

Much of the controversy about graffiti and graffiti art stems from a lack of understanding about it as culture. Luis Hernandez, a former graffiti artist, explains that, “Graffiti is an art form; that is all it is.”

The allure of getting recognized for their artwork pulls a lot of graffiti artists into the scene. Graffiti artist, Disk One explained that many artists do this to get their name out.“Artists aren’t there to threaten the government; they are out there to promote their art,” said Disk One.

Graffiti’s transition into mainstream culture has also increased its bankability.“The dream and motivation of one day becoming a rich artist or designer inspires many to tag,” said Hernandez. 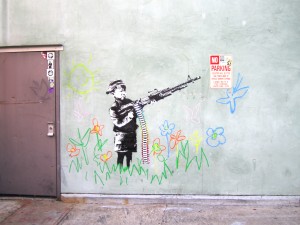 Although there are many artists out there trying to make a name for themselves, there are few prominent artists who have obtained international success. British street artist, Banksy, creates art pieces in locations all over the world.

Currently, Banksy’s signed aerosol stencil of Abraham Lincoln on cardboard is being auctioned for $20,000-30,000 at Sotheby’s auction house. That is just a modest example of what his pieces go for; several of his art pieces have been sold for millions.

Graffiti art isn’t just art; there are standards and a culture that develop around it. Disk One explained that what differentiates true graffiti art from tagging is the purpose that it serves. The meaning becomes compromised when art mixes with different motives.

For some, it becomes a form of rebellion. Hernandez explained that the pull factor is being a part of a culture that deviates from mainstream society. “[Tagging] is everywhere just like rock used to be all over, kids wanted to be rock stars. Now graffiti is all over, now kids want to start tagging,” said Hernandez. He adds that when kids start tagging, they know the criminal risks involved, but this contributes to the excitement.

Graffiti’s relationship with crime and violence differentiates it from other art movements. The dangers not only come from people outside the culture, but also other artists. Graffiti artists are often part of a culture that can turn on them. Hernandez recalled that a few years ago, a member from a tagging crew he was a part of shot at him because Hernandez created a piece, which covered a portion of his artwork. The relationship between this subculture and violence still doesn’t prevent people from attempting to create what they feel is art.

The risks they take appear reckless to observers, yet the idea of rewards and recognition keeps graffiti artist active. “When you strip [graffiti] down it’s all art, it’s beautiful,” said Hernandez. 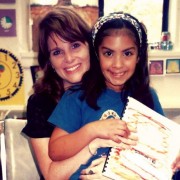 Immigration to Audit 1,000 More Businesses in Search of Undocumented Worker...
Scroll to top