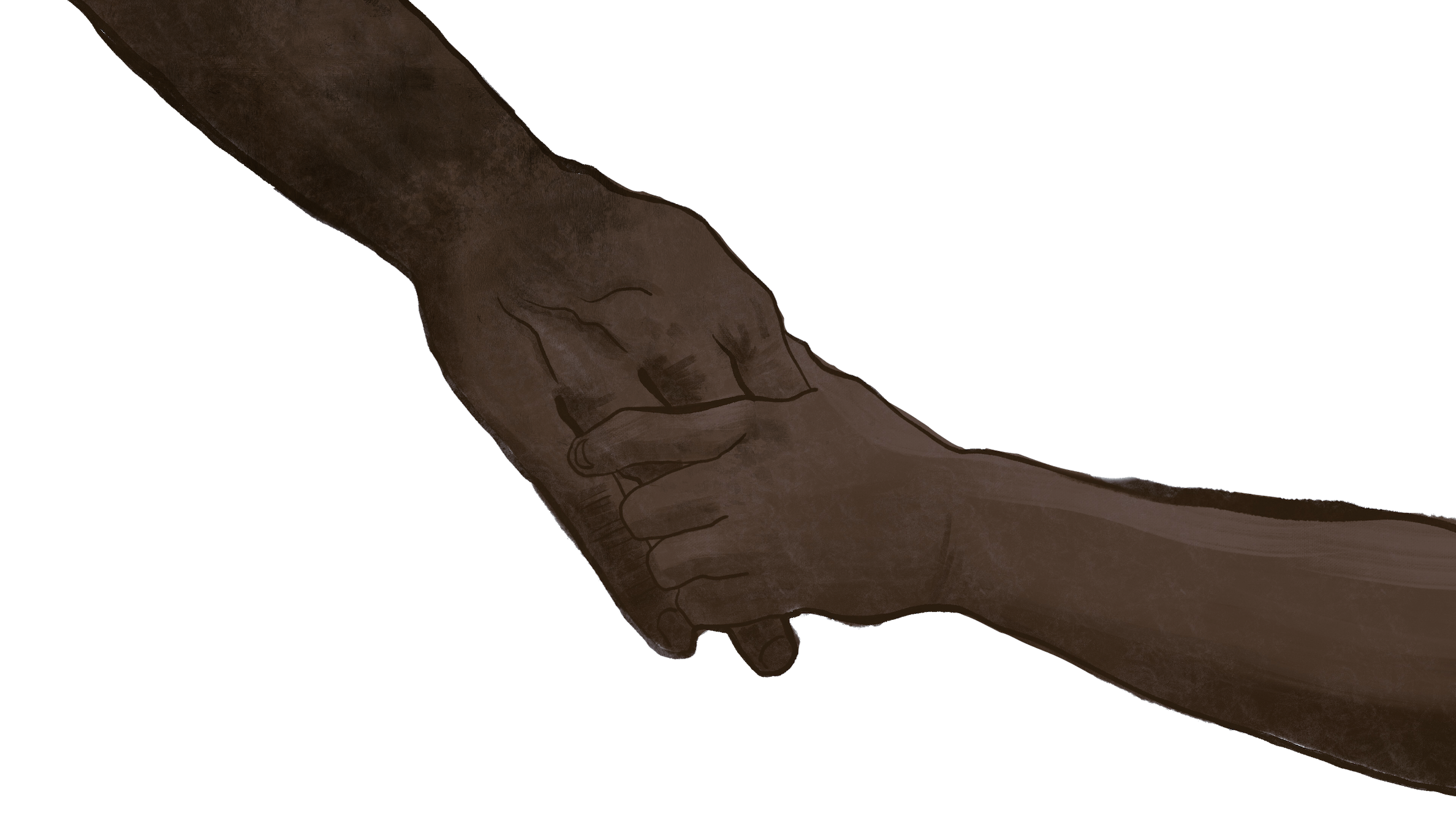 I grew up with two mothers: one of them shared my blood, married and divorced my dad, and I called her mom; the other came from a small pueblo three hours from Mexico City, and I called her by her first name. Rosi was our maid. She had worked with my family since I was four years old and my sister was two. She wasn’t a sweet woman. Most of the time she wasn’t even a nice woman, and yet, I was closer to her than I was to most of my family. Sadly, in 2015, she left and, despite her meanness and her hostile personality, it felt like a family member had gone and never came back. After a couple of years, Mari came along. She showed up in 2017 when I was already 15 years old and in high school, so it felt like she didn’t impact my childhood as much, but she still became family within a couple of months. She is almost entirely the opposite of Rosi, she is kind, funny, caring, and extremely determined. She isn’t very affectionate, and she hates getting her picture taken, but she always has a smile along with something kind and unexpectedly wise to say. Over the last four years, she has become a part of my family and has been our greatest companion and friend. She has changed my life for the better and she teaches me something new every day. And despite all this, her life outside of my home remains almost entirely a mystery to my family and me.

The movie Roma by Alfonso Cuarón follows Cleo, a maid working for an upper-middle-class family in Mexico City throughout a year in her life, both in the family’s house and in her ventures outside of the family. The movie is a tribute to the day-to-day life of an upper-middle-class family in 70’s Mexico City and a reality based on Cuarón’s childhood memories and his recollections of Libo, his family’s maid during his childhood. Deep into his adulthood and career as a professional filmmaker, Cuarón felt that he owed some sort of tribute or recognition to women, like Libo, who are the backbone and balance of Mexican society. Cleo represents this in the film, and Rosi and Mari have represented it in my own life. The movie deals with classism and racism, among other social issues, which are still present in Mexican society even 50 years after the movie’s setting. It reflects the way that these racist and classist tendencies, represented through the treatment of Cleo and other maids, are embedded within our country. There are over 2.3 million domestic workers in Mexico, most of which are regarded as inferior and less worthy, and are treated as such.

The film’s cinematography itself is designed to evoke nostalgia. The film is shot in a digital black and white rather than a stylized cinematic black and white. Even though the film is meant to evoke a sense of nostalgia and of looking into the past, Cuarón did not intend for it to have the “vintage” feel we all know so well. This choice was an attempt to get his audience to regard the film as a memory; as looking back at a moment in time from the present, in full consciousness, rather than being entirely transported to the past. Cuarón’s intent was to play with the audience’s senses to provide the fullest, most complete experience of memory. In addition to sight, Cuarón utilizes sound to submerge the audience in as full of a nostalgic experience as possible. The attention to detail in both the sound design and the visuals of the film is one of the reasons why it was so successful both in Mexico and internationally. Through the streets in the movie, you can hear and see the street vendors that, to this day, roam Mexico City shouting the same lines and selling the same puppets, balloons, and whistles as they did in the 70s; they are part of an iconic Mexican image you cannot find anywhere else.

The film begins with a shot pointing at a tile floor. The camera stays still for a minute or so before there is any sort of movement, only for the stillness to be broken by a wave of water mixed with soap, and the sound of a broom sweeping and cleaning the floor. Even after having moved out of my Mexico City home almost four years ago, this scene evokes nostalgia in me with the memory of the sound of the broom’s strokes against my patio floor. Once the setting is as close to fully nostalgic and accurate as possible, Cleo and the family she works for enter the picture. After another two minutes of looking at what is now a puddle of water and soap all while listening to the broom’s strokes against the tile floor, the camera moves up to discover Cleo. She is going about her day, cleaning the house, and doing so entirely tranquil and content. She then picks the kids up from school and makes lunch for the family. At night, the children’s father comes home and takes a painfully long time to park his car in their minuscule driveway, similar to one I know too well. While the family watches TV on the couch, Cleo sits on the floor and one of the children puts his arm around her, only to have her stand back up when she is asked to get some tea for the family’s dad — highlighting the line that still exists between worker and family. This is an extraordinarily ordinary routine that is somehow relatable to most upper-middle-class Mexican families, as the quotidian nature of the film makes it extraordinary.

There are events in the film that reflect the extraordinary within the ordinary in day-to-day life. A depiction of the complexities of domestic workers’ lives that we, as part of the families they work for, live blissfully yet carelessly unaware of. Half an hour into the film, Cleo finds out that she is pregnant. She tells the father of the baby, Fermín, about the pregnancy at a movie theater. During the last couple of minutes of the show, he leaves the theater to go to the bathroom and never comes back, leaving Cleo to deal with the baby on her own. Cleo then tells her boss, the family’s mother, that she is pregnant and asks for her help. Her boss agrees to help her, but never finds out anything else about her circumstances or background. The children, of course, never find out about Cleo’s pregnancy or they do not acknowledge it. Eventually, when Cleo is about to give birth, she is taken to the hospital by the family’s grandmother, and when the grandmother is asked the most basic information about Cleo, all she knows is Cleo’s name and that she is family. Cleo’s childbirth, unfortunately, ends in a heartbreaking scene as her child is stillborn. This event is scarring and life-changing for anyone that experiences something even remotely similar, yet, Cleo mourns it and then moves on. The lack of conversation between Cleo and anyone outside of the family regarding her child keeps the audience in the dark about her life beyond the family. This maintains the sense that we can never fully know, nor are we truly invested in knowing what goes on in maids’ lives beyond our homes.

According to an article by The Guardian, 90% of domestic workers in Mexico are women and one in five started working before the legal age of 16. A lot of these women are the sole source of income in their homes and are forced to work in order to maintain their families. Many of them reside in small pueblos and Indigenous communities far away and have to travel far from home in order to work, as the largest sources of income and job opportunities are in big cities such as Mexico City. The hardships that domestic workers experience are reflected in Roma in a heartbreakingly realistic and raw depiction of the love and pain that they experience, and the importance of their presence in families across the country. The foremost nostalgia I experienced when watching the film, was not for my country nor for my family, but for what domestic workers have meant to me throughout the years. The dedication to the families they work for and the hardships that they endure, unfiltered and displayed in their full reality. Most importantly, their commitment to working in order to provide for themselves and for their families, and to persevere regardless of what life throws at them in a racist and classist society that does not view them as equals. I do believe, however, that Cuarón’s tribute to Libo has played an important role in the recognition of the work of domestic workers and is a reminder of their relevance in our society.