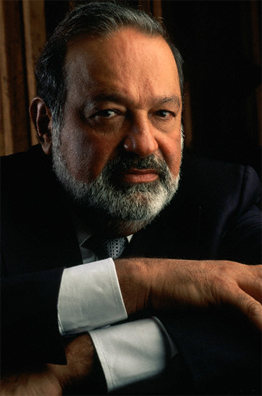 0 Comments
/
June 20, 2010
Carlos Slim is the first Mexican to top the Forbes list of billionaires, one of the few from outside the United States or Europe. He controls the majority of Mexico’s telecommunication and his telecom business Telmex is described as one of the highest in cost. The 70-year-old son of a Lebanese immigrant attests to being incredibly frugal by living in the same modest home that he has resided for over three decades in Mexico. He uses Mexico City public transportation and can be seen eating at his restaurant chain, Sanborn’s.
https://lagente.org/wp-content/uploads/2010/09/Carlos-slim.jpg 204 300 admin https://lagente.org/wp-content/uploads/2014/04/LAGENTE156H.png admin2010-06-20 19:02:222010-06-20 19:02:22Forbes First Mexican
Scroll to top