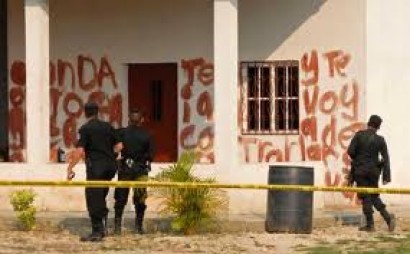 According to Guatemalan officials, 27 workers were slain on a remote coconut farm by a small army in the northern province of Péten on May 15.

Though police had not determined a motive for the attack, the presence of Mexican drug trafficking groups has made the area increasingly dangerous.