The slum neighborhood of Jose Santos de Oliveira faces demolition for the construction of new bus routes as a part of Brazil’s makeover for the 2014 soccer World Cup and the 2016 Olympics.

According to Oliveira, residents were not invited to city planning meetings to speak out against the proposed changes, Yahoo! News reports

However, Rio’s housing secretary Jorge Bittar claims that the number of people facing upheaval is small in comparison to the number of low-income citizens who will benefit from this investment in public transportation.

Many Brazilians are excited about their country hosting the World Cup, but, like Sueli Alfonso da Costa, also see the drastic changes that are being made.

“We are all for progress and the culture of sports, but in this case they came and destroyed our lives.” 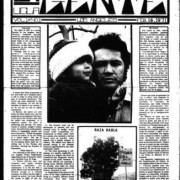 Looking for scholarships? A Resource for Latino Students