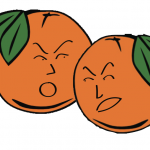 What do you know, another politician trying to talk their way out of something they said. Not so fast Villa Park Assemblywoman Deborah Pauly! Your mistake was recorded for everyone to watch repeatedly. I suggest you and Alexandra Wallace form a support group immediately.

On Feb. 13, the Islamic Circle of North America (ICNA), a Muslim organization that provides services for underserved populations, organized a fundraiser for a battered women’s shelter. At a rally protesting this event, Pauly made insensitive anti-Muslim comments. She tried using the good ol’ “taken out of context” excuse, but context doesn’t matter much when you say “What’s going on over there right now… is pure, unadulterated evil…I know quite a few Marines who will be very happy to help these terrorists to an early meeting in paradise.” Maybe we did take it out of context, I guess she meant to say“Everyone beware of good people trying to help battered women!”

Horrifying, right? Pauly is an educated official elected to represent the interests of the public. But what’s really scary is that during the rest of the video, people echo her statements yelling “Mohammed was a pervert!” and “Go back home!” That sounds oddly familiar, where have we heard it? Oh yeah, that’s right! It’s the anti-anyone-who-is-an-immigrant anthem!

We have all heard people say these things to Latinos and other immigrant groups, but even President Barack Obama has been the target of these racist anti-immigrant attacks. In mid-April, news broke that Marilyn Davenport, a Republican Central Committee member, circulated a picture of Obama as a chimp. In her defense, Davenport said it was not intended to be racist, she just found the photo amusing due to specula- tion over Obama’s birth certificate. Unfortunately for Davenport, even her own party had trouble believing that because on May 4, the Orange County Republican Party gave her an official reprimand.

Although we can’t say how or even if these repercussions will change Pauly’s or Davenport’s ideology, hopefully these politicians will learn to exercise their First Ammendment right a little more intelligently. Maybe it’s something in the water, but beautiful Orange County has borne fruit to two big Taradas.

May Tarado: The United States of America
Scroll to top