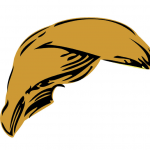 Concerns over President Barak Obama’s citizenship have been stirring since 2008, but the issue recently gained publicity through the Birther movement. Its proponents claim Obama is ineligible for office because of alleged ambiguity over his birthplace. According to them, the US is in constitutional crisis because there is no legal president.

These arguments dominated American political discourse during March and April, due in large part to Donald Trump’s media parade. On“The Today Show,” he describes Obama as “one of the greatest scams in the his- tory of politics.”

Trump tried selflessly to resolve this great Ameri- can mystery by sending his own private investigators to Hawaii to reveal the secret of Obama’s birthplace. “They cannot believe what they’re finding down there,” he said.

Umm yeah, maybe they couldn’t believe what they were finding because they didn’t find anything to believe in. Obama released his birth certificate on Apr. 27. It’s currently posted on the White House blog.

Now, The Donald wouldn’t be the alleged billionaire that he is if he really was all about justice and public ser- vice. Trump was vying for a position in the 2012 presiden- tial campaign.

What are his qualifications for presidency you ask? “I happen to be smart, I happen to have a lot of common sense,” he claimed.

Although he’s announced he won’t be running, he was momentarily the second favorite GOP candidate, accord- ing to a poll by NBC and the Wall Street Journal.

If Trump actually made it onto the presidential ballot, that would be “the greatest scam in the history of politics.” After the president released his birth certificate, Trump said that he was grateful the issue had been addressed so that he could move onto more important issues—which is why he spent the past months helping create an unfound- ed xenophobic frenzy about our president’s citizenship.

Maybe we should just let it go, Trump. We’ll just comb over these past few months and let you get back to selecting the cast for the next “Celebrity Apprentice.”