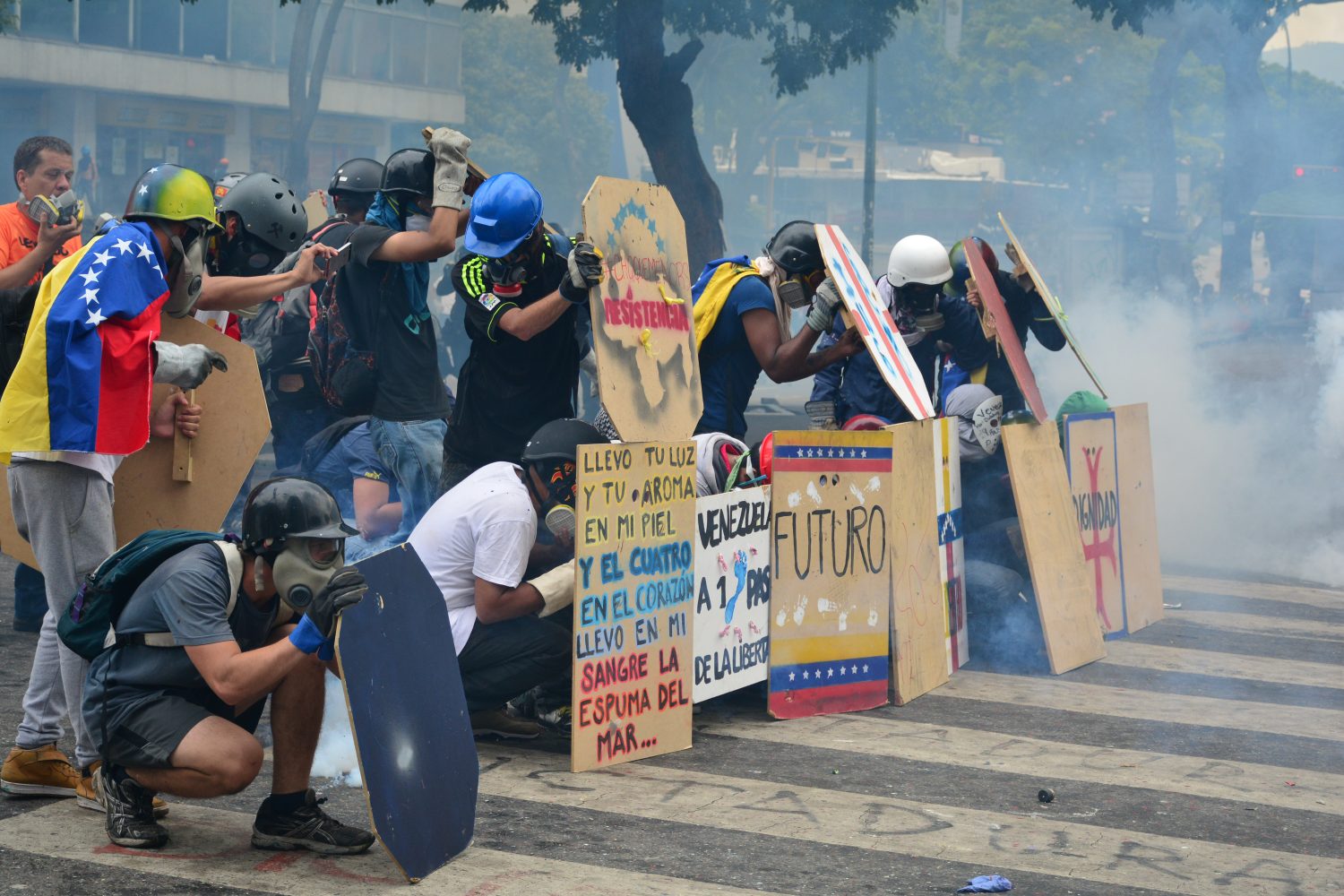 On May 7th, Lilian Tintori, the wife of Venezuelan opposition leader Leopoldo Lopez, expressed to the public that her husband was alive and well, after being unable to visit him in military prison for over a month.

Lopez, isolated in jail and rumored to be in poor health, was informed by his wife about widespread anti-government demonstrations occurring in the country and urged for the continuation of the protests.

In 2014, Lopez was imprisoned after calling for civic action that would displace President Nicolas Maduro, who many believe has ruled Venezuela through oppressive tactics and an authoritarian rule similar to that of his predecessor, Hugo Chavez.

Today, thousands of Venezuelan protesters continue to express discontent with Maduro’s administration through silent marches, rallies for women and other forms of activism.

People of diverse backgrounds have taken to the streets to prolong the series of protests that began three years ago, initially triggered by harsh police response to student protests following an attempted rape on a university campus.

Primarily, Venezuelans are protesting the national government’s incompetence in responding to the deterioration of the country’s economy and its subsequent effect on the population.

While Venezuela has suffered through a recession and extreme inflation, its people have been forced to experience the shortages of basic products, like food and medicine. The National Survey of Living Condition even found that in 2016, about 74% of the Venezuelan population lost more than 18 pounds, likely due to lack of food and extreme hunger conditions.

The country’s most recent demonstrations are a response to a decision by the Supreme Court to strip the opposition-controlled National Assembly of its power, which would concentrate greater power in the Court and thus government loyalists working under Maduro.

Like with demonstrations in the past, recent protests have been met with violent retaliation from police units. The New York Times reports that throughout this year’s demonstrations, about 38 people have died at the hands of government defense forces.

While dozens of individuals have already been killed this year as a result of exacerbated conflict between Maduro’s administration and opposition forces, many predict that the Venezuelan crisis will continue to worsen without real electoral change and new leadership.

Through a worsening crisis, the continued drive of both activists and civilians that are committed to displace Maduro is the unfaltering force that may soon bring about the downfall of authoritarianism in Venezuela.

United opposition to the Venezuelan government may be the only promising means of establishing a government that truly serves the interests and wellbeing of all Venezuelans.