The impact of revolutionary women throughout history has gone unheard of for far too long. Their stories are often ignored or pushed into tiny paragraphs within the vast pages of textbooks. The groundbreaking contributions made by Latinas have a lasting impact on us in modern times despite the systemic obstacles that actively worked to hold them back.

When we think of the 1969 Stonewall Uprising Marsha P. Johnson often comes to mind but not many will think of her close friend and fellow activist Sylvia Rivera. Johnson and Rivera were prominent figures of the Stonewall riots and co-founded the Street Transvestite Action Revolutionaries (STAR), a street activist organization that focused on recognition for trans individuals within the gay liberation movement and society as a whole. Rivera spent most of her life battling for the inclusivity of gender expression among gay rights movements. Throughout the 1970s she constantly quarreled with gay rights leaders who hesitated to publicly support trans people in their work. She also fought against the active exclusion of transgender people from the Sexual Orientation Non-Discrimination Act in New York. In 2002 the final bill passed preventing discrimination “on the basis of actual or perceived sexual orientation in employment, housing, public accommodations, education, credit, and the exercise of civil rights.” As a Puerto Rican and Venezuelan American who was homeless for a good part of her life. Rivera drew from her experiences of poverty and racism to create a platform for both her voice and the voices of others to widen the marginalized space that drag queens, homeless youth, and transgender people were forced into. 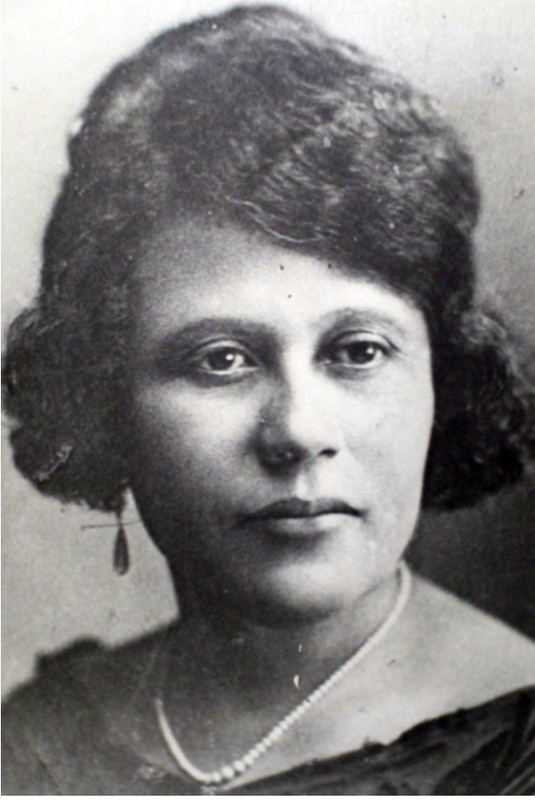 Evangelina Rodriguez grew up in the highly segregated community of San Pedro De Macoris, Dominican Republic. She lived with her grandmother and sold gofio to buy supplies for primary school at a young age. After completing her secondary schooling, Rodriguez became the first woman in the Dominican Republic to receive her medical degree in 1909. Choosing to start her career in Ramon Santana, for over a decade Rodriguez treated poor patients free of charge or for very little and made available great quantities of medicine for free. In 1921, she studied gynecology, obstetrics, and pediatrics at the University of Paris. She graduated in 1925 and returned to the Dominic Republic where she was able to work more effectively with her patients by delivering babies, offering medical advice, and visiting local prostitutes to educate and advise them on sexually transmitted illnesses. In the late 1930s, Rodriguez was politically active as an outspoken opponent of the Trujillo dictatorship and contributed articles to several journals and newspapers, including one titled Femina. Throughout her whole life, she advocated for women’s suffrage as well as for broad social and economic reforms. 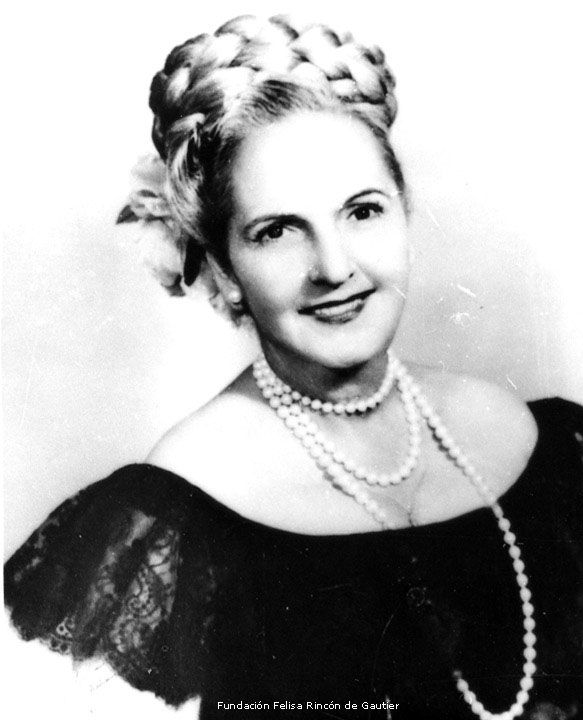 Called Doña Fela by the public, Fela was the mayor of San Juan, Puerto Rico in 1946 and consequently the first female mayor of a capital city in the Americas. Devoted to the public welfare by improving housing, health, and employment for the residents of the city, Doña Fela was re-elected four times and was a well-loved figure throughout Puerto Rico. An active advocate for women’s suffrage in Puerto Rico and member of the Liberal Party, she was the fifth woman on the island to register to vote and became the Liberal Party’s representative for the registration of women. After the defeat of the Liberal Party in 1936, Doña Fela aided Luis Muñoz Marín (future governor of Puerto Rico from 1949-1965) in establishing the Popular Democratic Party (PPD) in 1938. In 1940, she was designated the President of the PPD’s San Juan Committee and accepted the position as mayor of San Juan in 1946 after Mayor Roberto Sánchez Vilella resigned. As mayor, Doña Fela distributed resources to poor children, offered legal aid to low-income residents, and built centers for the elderly. The San Juan Municipal Hospital, under her careful renovation, was the first on the island to receive full accreditation from the American Hospital Association, and also laid the foundations for the founding of the School of Medicine in 1950. In 1949, she established “Maternal Schools,” centers meant for childcare that allowed women to find careers outside of the household and that also served as a model for the federal Head Start program in the United States. After leaving office, she remained active in politics by partaking in committees that focused on urban issues and was the Goodwill Ambassador to countries across the world. 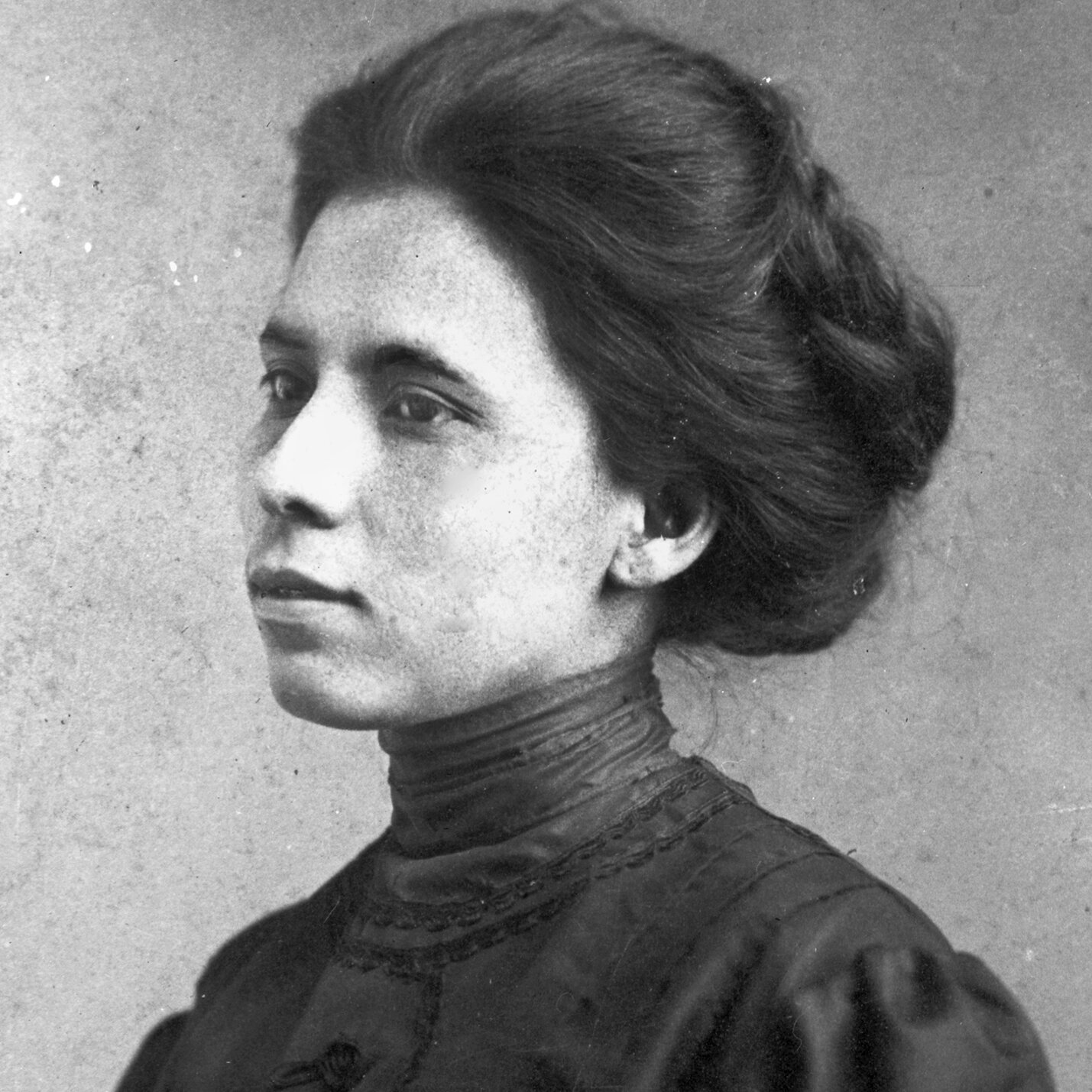 From a young age Jovita Idár was interested in journalism and political activism due to being inspired by her father Nicasio Idár; a newspaper editor and civil rights advocate. While working for her father’s paper La Crónica, she wrote articles about racism and support for the Mexican Revolution. In 1911, the First Mexican Congress was organized by Idár and her family to unify Mexicans across the border to fight injustice where issues such as education and economic resources were often discussed. After the Congress, Idár turned to write about women’s rights which led to the founding of La Liga Feminil Mexicaista in 1911, a feminist organization that provided education for Mexican-American students. A few years later, Idár served as a nurse in Mexico during the revolution, where she joined La Cruz Blanca, a group similar to the Red Cross. After returning to Texas later that year, she began working at the El Progreso newspaper and wrote an article opposing President Wilson’s decision in sending United States troops to the Southern border. When the United States Army and Texas Rangers arrived at the offices of El Progreso because they disliked what she had written, Idár refused to let them in and stood in front of the door. Although they returned later to shut down El Progreso, Idár continued to write by returning to La Crónica and ran the newspaper in 1914 when her father passed away. After marrying and moving to San Antonio, Texas, she fought for equal rights for women in the Democratic Party in Texas and was an editor of El Heraldo Cristiano. She was constantly active in her community, later starting a free kindergarten for children and volunteering in a hospital as an interpreter for Spanish-speaking patients. 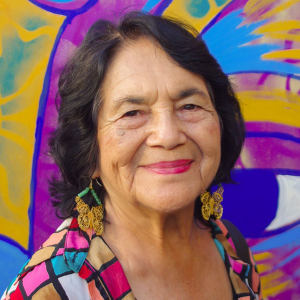 from The Dolores Huerta Foundation

Dolores Huerta founded the Agricultural Workers Association while serving in the Stockton Community Service Organization (CSO), where she initiated voter registration drives and pressured local governments for barrio improvements. Upon meeting César E. Chávez, a colleague that shared the same desire to organize farmworkers, resigned from the CSO and in 1962 established the National Farm Workers Association. In 1963, Huerta secured Aid For Dependent Families (AFDC) and disability insurance for farmworkers in California. She also played an essential role in the enactment of the Agricultural Labor Relations Act of 1975, a law that was the first of its kind in the United States to grant farmworkers in California the right to organize to bargain for better working conditions and wages. Huerta continues to work tirelessly for those that are unfamiliar with the benefits they are entitled to or the laws that protect them, and as the founder and president of the Dolores Huerta Foundation, she pursues social justice by inspiring and organizing communities in disenfranchised regions of California. 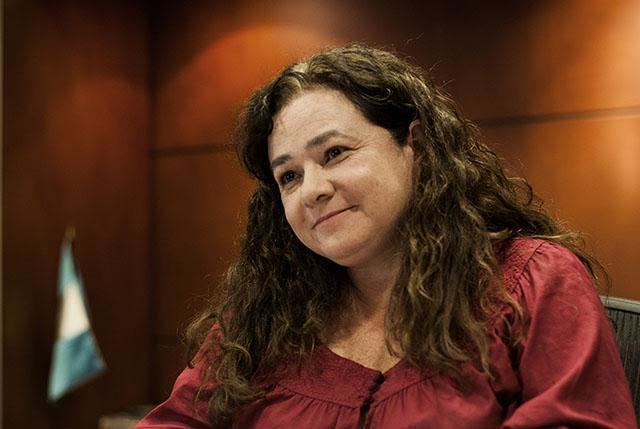 Claudia Paz y Paz was the first woman to serve as the Attorney General in Guatemala. She made it her mission to reduce crime, punish criminals, and ensure that the law guaranteed equality, justice, and peace for all. She worked as a judge, national consultant to the UN Mission in Guatemala, and founded the Institute for Comparative Criminal Studies of Guatemala before becoming Attorney General in 2010. As Attorney General, Paz y Paz immediately began setting records such as arresting more drug traffickers in the first six months of her term than in the past ten years, catching five of Guatemala’s ten most wanted criminals. She also resolved ten times more cases of violence against women and homicide than under any previous leadership. She improved evidence analysis by fortifying a crime investigation unit and opened 24-hour courts so cases of violence against women could be expedited. She went after high-ranking combatants of the civil war for war crimes and was the first Guatemalan law enforcement official to do so, succeeding in convicting four of the soldiers for the 1982 Dos Erres massacre. Believing that all are equal before the law, Paz y Paz has spent her life demonstrating that justice is possible in her forceful dismantling of corruption. 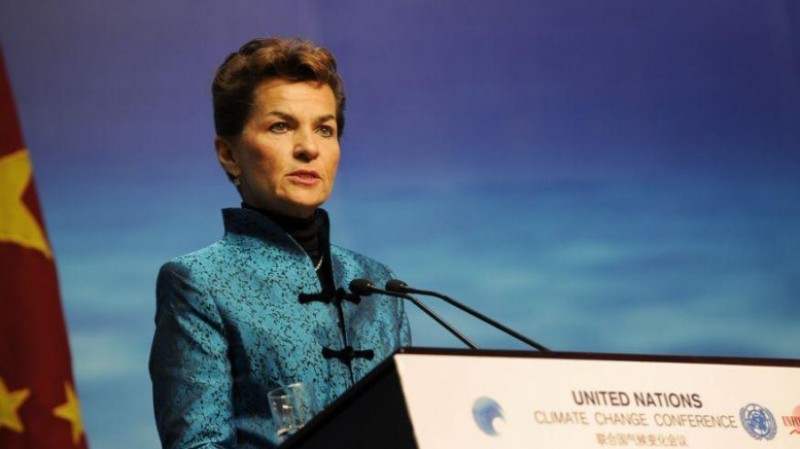 from The Costa Rica Star

For almost all of her life, Figueres has been involved in activism pertaining to climate change, sustainable development and energy, and land use. Globally recognized as a leader on climate change, Figueres was elected Executive Secretary of the United Nations Framework Convention on Climate Change (UNFCCC) from 2010 to 2016. For those six years, she worked to reassemble the global climate change negotiating process which led to the 2015 Paris Agreement (a plan in which each country must deduce, plan and continuously report on its contributions towards reducing global warming). She is the co-founder of Global Optimism, has served as chair of the Advisory Board of Countdown: Tracking Progress on Health and Climate Change, and is the co-author of the book “The Future We Choose: Surviving the Climate Crisis.”