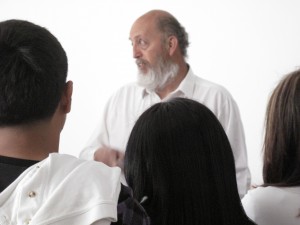 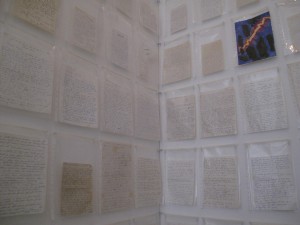 The reconstructed prison cell features letters written from Videla Godoy to his mother. 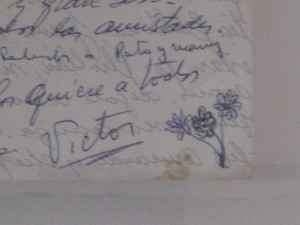 Victor Videla Godoy disappeared in June 1974 along with several thousand other people. In August 1974 the corpses of the first victims of Operation Condor were found in garbage dumps in Buenos Aires, Argentina. Today and tomorrow in the UCLA Eli and Edythe Broad Art Center, Videla Godoy stands to tell us about it.

Operation Condor was created by the military dictatorships of the Southern Cone, the secret service of Argentina, Bolivia, Chile and Uruguay. In the ‘Dirty War’ from 1976 to 1983, the Argentine military used what they considered necessary methods such as torture, rape, and violent repression in order to persecute leftists who were living as political refugees.

Videla Godoy was forced out of a United Nations refugee shelter on Córdoba Street in Buenos Aires and taken to ‘Coordinación Federal,’ where he was tortured for nearly 25 days.  From there, he was relocated to a jail in ‘Villa Devoto’ where he was assigned to cell 147.

“From jail cell number 147 I wrote approximately 100 letters to my mother.  In those letters I never told her that I was hungry, that I was cold, that they hit us, or that they punished us, but just the opposite,” says Videla Godoy.  He led her to believe that ‘Villa Devoto’ was a picture of beauty. “I told her stories that weren’t true. But in the end, she knew the reality.”

Just after Christmas in 1976, Videla Godoy was expelled from Argentina and put on a plane to Zurich, Switzerland. In exile, he continued writing letters to his mother until she died on August 30, 1983.

It’s times like these I wish my language barrier didn’t leave me so lost in translation. However, as Videla Godoy stands there in front of me, even as my brain struggles from word to word, I hear everything. It’s hard not to when his eyes light up with passion and willingness to illustrate to you such intimate details of his past.

Videla Godoy says, “I always told my mother to read the letters and then burn them; for some reason she didn’t do it.” Standing amidst the reconstructed prison cell of hundreds of letters signed ‘Victor’, with illustrations of flowers, exclamations of ‘Querida!’ and splashes of color wherever he could manage, this exhibit leaves us with countless reasons why she didn’t.

The exhibition will be open to the public on Tuesday and Wednesday (Oct 26 & 27) from 11:00am to 3:00pm, Design Media Arts Grad Gallery, Broad Bldg 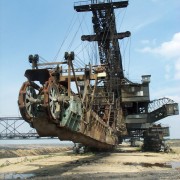 While Chile’s 33 are saved, 2 of 4 Ecuadorian miners found dead

While Chile’s 33 are saved, 2 of 4 Ecuadorian miners found dead
0 replies