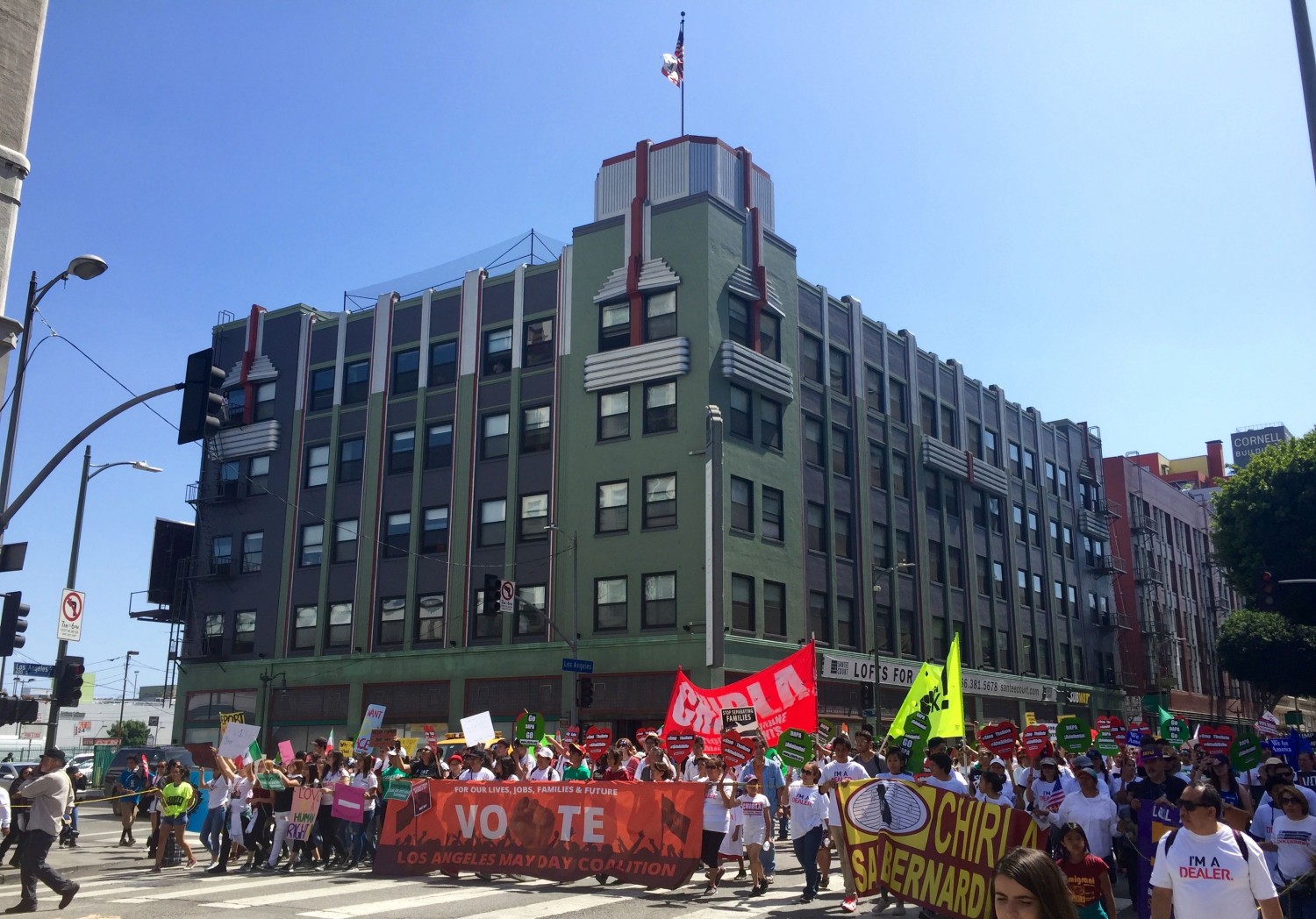 This past Sunday, the International Workers May Day march and rally, organized by the May Day Coalition of Los Angeles, began at 11th and Figueroa streets, stopped at the Los Angeles Sheriff’s Department, and ended at the Metropolitan Detention Center on Alameda St. Thousands of individuals, children, and families took to the streets to speak out about worker rights, immigrant rights, police accountability, and racial injustices. 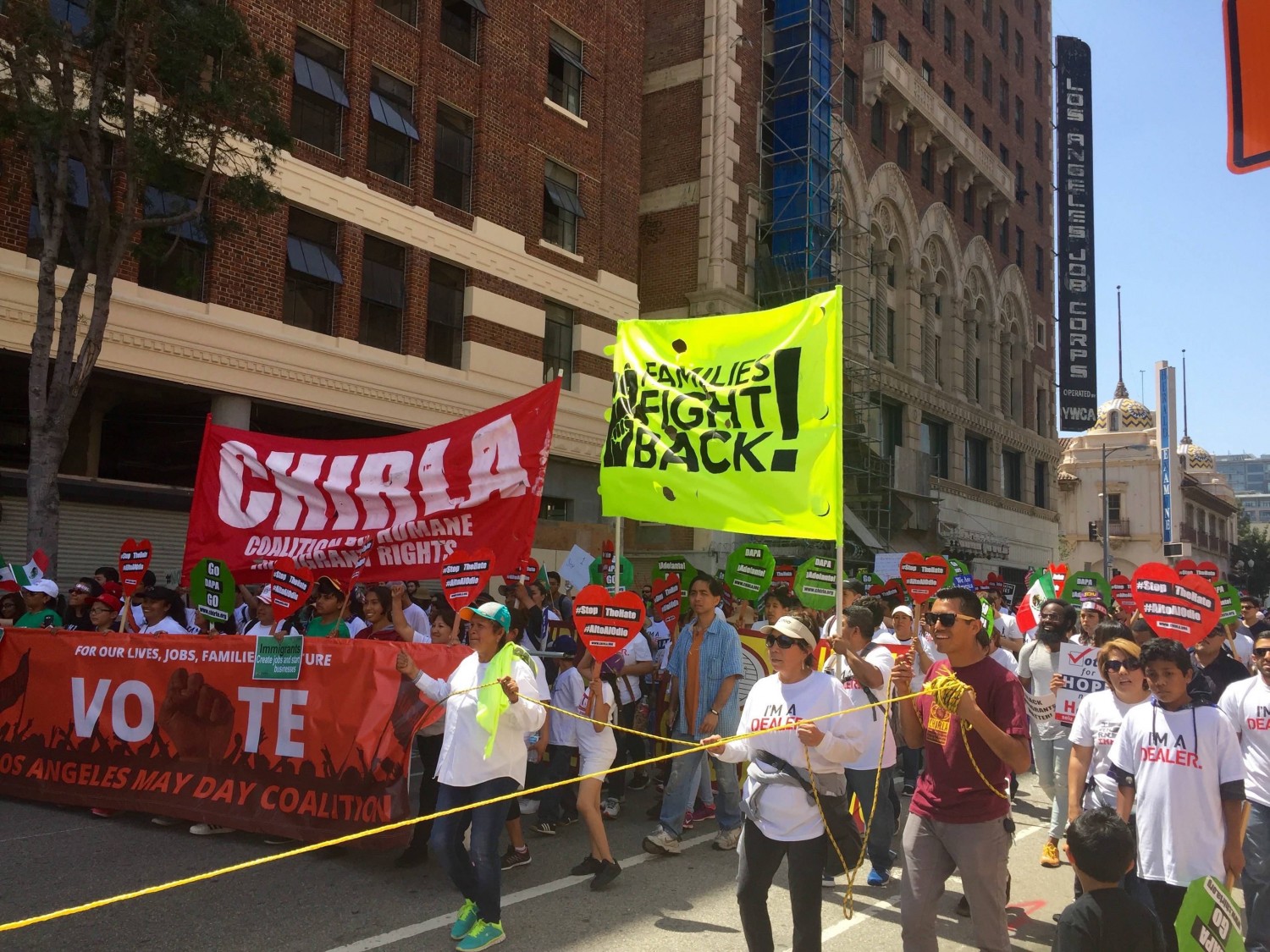 This is especially prominent now that presidential elections are coming and one of the leading candidates is Donald Trump, who is openly xenophobic and racist. Members of these communities are targeted by Donald Trump and his bigotry. Black and Brown communities also continue to be under attack by police forces all over the country. 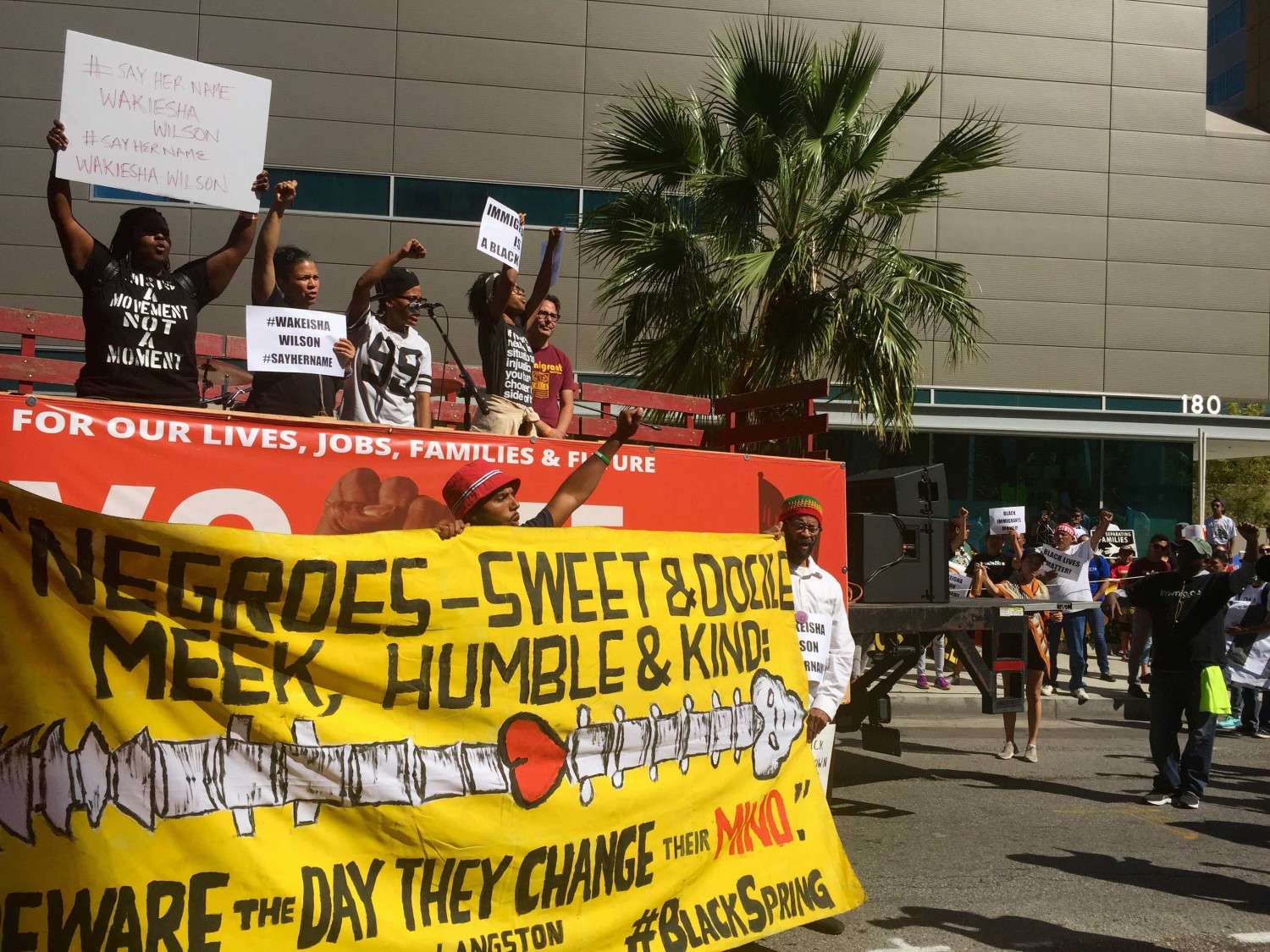 May Day was a chance for these communities to come together in solidarity and demonstrate that they are a strong force standing against injustices. Many carried signs that read, “Labor, Black, Brown Unite! When The Police Shoot Us Down, We Shut Them Down!,” “Stop The Hate,” and “Dump Trump.” 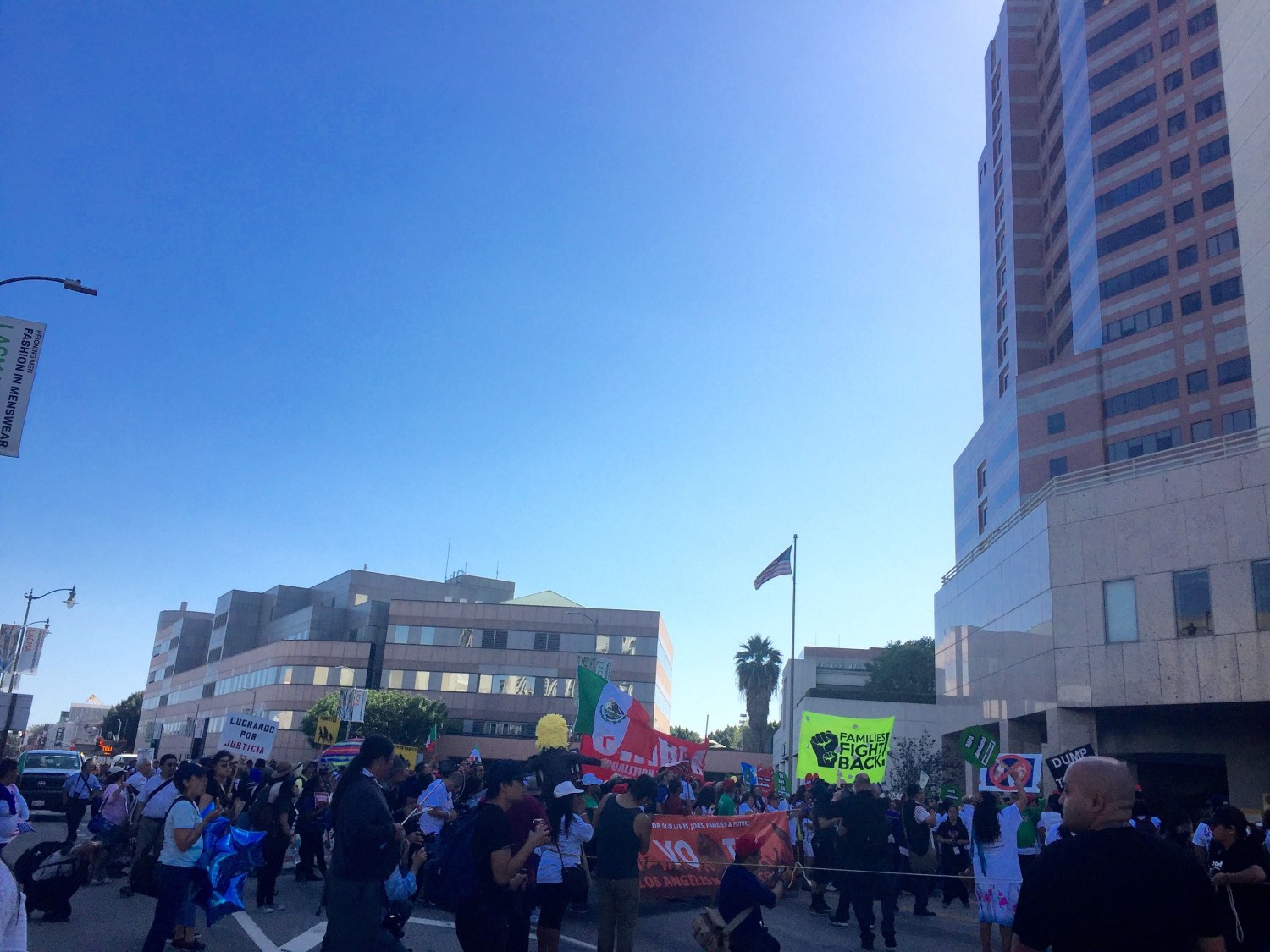