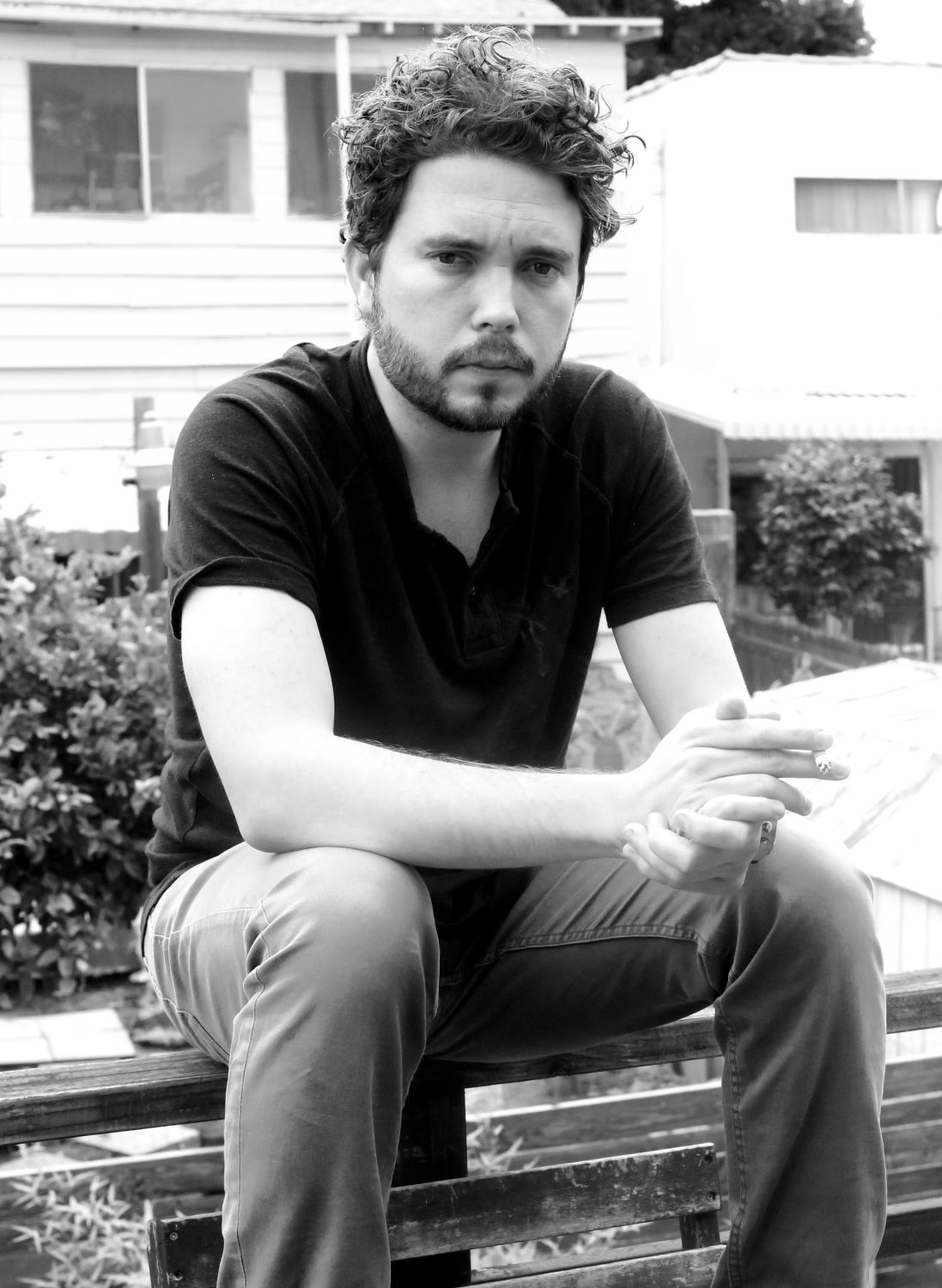 It’s easy to vocalize our artistic ideas but it’s even harder to make these ideas become a reality, no matter how large-scale they may be. Therefore, I crave to hear those stories of struggle, like that of Crescendo screenwriter/director Alonso Alvarez-Barreda-in which one is not driven by success or appearances but rather their own will to inspire others.

One might say that the American Dream is dead, but I’d like to believe that whether you are an immigrant or a struggling artist, life hands us opportunities to rise above. We are handed gifts and talents that people are waiting to witness and if by grace they do, our messages should be used in a way that ignites our fellow brothers and sisters in solidarity.

Thus, Alvarez-Barreda extends to us an invitation to cruise with him on his imaginative journey full of emotional highs and lows, realistic characters, and inspiring stories of hope that leave us pondering at the film’s close.

We are led into a world of cinematographic perspective that many directors don’t typically experiment with and we can’t help but feel that the characters were more than mere actors fulfilling their role.

Alvarez-Barreda’s characters come alive because his stories encapsulate the human experience and every feeling of sadness, joy, and pain that we have ever felt in our lifetime. Rather than leave us to dwell in the emotional turmoil that each character comes to face in his films, we realize that with every pain comes beauty, growth, and wisdom.

When looking at his work and the projects he has created one tends to overlook the taxing process required in writing and directing.

Alvarez-Barreda, as well as countless others, were not handed the opportunities on a silver platter, nor did they idly wait for the opportunities to arise. They were forced to create a new path for themselves, however scary it might have been.

Therefore, rather than take two film school rejections as an answer, Alvarez-Barreda decided to leave his hometown of Tampico, Mexico for Los Angeles, California. It was here where he would shadow his long-term mentor, Alejandro Monteverde, who later inspired various short films and projects.

“I did try to pursue a film career in Mexico. I applied to two film schools at the time and I got rejected…I wasn’t accepted, I didn’t pass the test. It was clear to me that I had to do something. I had to try elsewhere. And life and circumstances led me to meet somebody who became my mentor and gave me the opportunity to come to the United States. After a film I did that was successful in the film festivals the opportunity arose to come to the United States which was [still] a dream of mine,” he said.

His dream of pursuing film in the United States eventually flourished into several years of dedication, persistence, and faith. For how can one pursue “passion projects” without practicing these very core qualities? One’s ideas would fall short, which is what makes a storyteller such as Alvarez-Barreda so inspiring. He actively took risks and with perpetual reminders that he had bills to pay and projects to pursue, he was put to the test and forced to survive.

“When I first got here I was basically living on people’s couches for a couple years, taking little jobs here and there. I came here with a tourist visa originally so I couldn’t apply for regular jobs…that was hard. I had to most of the time find investors from Mexico who were willing to support me or fund me for X amount of time…committing to them and turning in scripts for my projects that they were supporting so that was kind of like the key that helped me survive otherwise I don’t know what I would have done,” says Alvarez-Barreda.

As an immigrant, the constant flow of emotions that surround one become difficult to combat. What if your bills aren’t paid on time? What is happening at work and how long will I have my job for? What if they deport me? How much longer will I be able to work in California? And most importantly, who will catch me if I fall?

Everything can crumble in a matter of minutes, yet what still looms in the back of one’s mind is “I must continue on with my passion.”

While it may seem to one that is losing hope that their career might not follow in the direction that they wanted, Alvarez-Barreda remembers to tell himself that more than ever today minorities have access to opportunities in the field.

They are given opportunities to shine a light on their non-white perspective and experiences and for that now is a “great time to be Mexican.” It’s a time to use diversity to our advantage because “the industry is receiving a lot of heat for always hiring white Americans,” says Alvarez-Barreda.

With the rise of Mexican filmmakers such as Alejandro González Iñárritu, and with the ever more diversifying film industry, the American audience is ready for diversity in the theater and we are ready to experience stories told from the eyes of those from another part of the world.

As Alvarez-Barreda reinforces, our backgrounds and experiences are essential in shaping our individual mindsets.

“Being Mexican/Latino is my essence, it’s who I am. I feel like one, my experiences growing up and coming from a different country are perceived by a different brain-a different mentality, a different lens if you will. So that obviously gives you a different voice, something that’s new, a different perspective on the way you tell your stories. That’s always great because I have a different pool of ideas and emotions to tap into,” he says.

His intuitiveness allows him to understand human struggles and how they affect others like himself. It is these themes that he wishes to portray in his films.

Rather than fill our minds with negativity, it is essential that instead we expose ourselves to the messages of positivity and uplifting scenarios that encourage us to thrive in a world that is not always on our side.

We are an impactful and astonishing species and it’s that very idea that Alvarez-Barreda strives to lace through his films.

“[My] messages are useful. I like to tell stories that help people relate to one another, to be more human. That doesn’t necessarily mean that there is no tragedy or drama, life is exactly that, but it’s how you react to that. It’s how you choose to move forward. So a lot of the stuff I write is the harshness of life and difficult situations. I write characters that somehow find a way out of it through hope and perseverance and believing that there is goodness in people…that everything with worth in this life requires sacrifice,” says Alvarez Barreda.

For this reason, healthy messages are evermore necessary in a society where negativity and aggression often overpower. It’s a matter of what messages we invest our energy into and how we truly reflect on what those messages mean to us all.

Universal messages are more often than not the most personal messages and for that Alvarez-Barreda’s films are highly relatable and emotionally driven.

By communicating with the audience through his films he assures us that although taxing at times, our life circumstances are not always permanent. “It’s okay to go through things in life” he says. “But you have the opportunity to change the outcome of your life…the human spirit is probably the most amazing thing in the world…it is unbreakable. [My] stories celebrate the triumph of the human spirit,” says Alvarez-Barreda.

Alvarez-Barreda, despite viewing the world through a lens marked by struggle, maintains his resilience. As an artist, I find this both hopeful and comforting.

With our artistic mediums, regardless of how idealistic they may sound, we will continue to push forward with our passions because it is our messages that reach the hearts of others.

Forget the acclaim, the fortune, and the recognition because, as Alvarez-Barreda says, “what we define as an accomplishment is a rather loose concept.”

“How do you measure an accomplishment?” he asks. “Is it the one that you get told that people like the most? Or is it the one that has more technical quality? Film is a statement…we make films to share with somebody, to share with an audience. Through true story telling we can find commonalities and realize again that we are humans…that we are powerful, and that we have the chance to change our lives.”