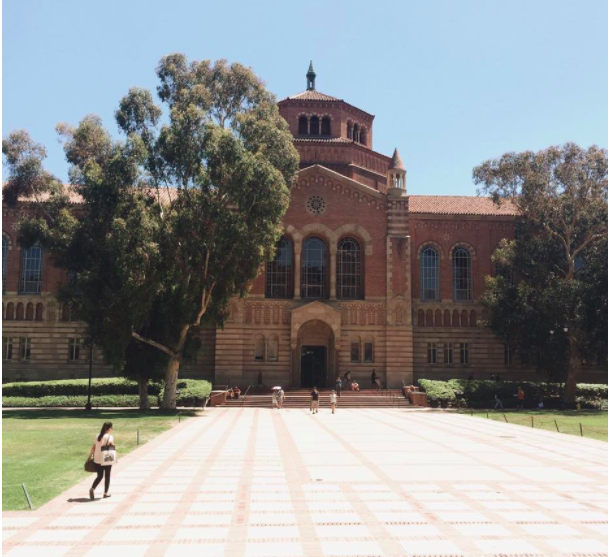 I went from living in a big, noisy Mexican household of eight people, to living in a tiny, quiet room with two other people. I felt out of place, like a fish out of water, for a few weeks after my transition.

My hometown is San Jose, a city within the Bay Area. My home is five hours away on a good day, but sometimes it takes six or seven hours to get there with traffic. Some would say I stayed close to home, and though it is true I can go home fairly easily, it still feels like I’m an incredibly long way from home.

The hardest thing for me was waking up the first couple of days and not hearing the familiar voices. Not hearing my two nieces yelling at the top of their lungs, my brothers happily playing on the PlayStation, my mom and dad making breakfast, our two dogs barking and running around.

I woke up and heard voices that were so new to me it’s as if I almost drowned them out.

I believe family dynamics plays a big role in how difficult or easy a college freshman’s transition is.

What seems like a big move to me, may not seem like a far distance to others. Not every family is the same and while my family is a tight knit, huge family, other students may come from a household of only two or three.

Thankfully, for me, being apart from my family gets easier as the months go by. The first couple of months were the hardest because I did not see my parents for most of fall quarter, but now that I’m busier and more involved on campus, time seems to be flying by quicker and before I know it, it seems as if I am packing up for a weekend back home.

“Not having my mom around was hard because back at home it was just me and her, and being here alone was hard for me,” Swilley states. Swilley believes her family was close, having breakfast together on Sundays and weekly dinner gatherings with her aunts and grandparents, but her transition was easy, something she believes to be “contradicting.”

On the other hand, Paige Mesias, a first year business economics major, said her experience as a college freshman has gotten a bit more challenging. Mesias comes from a large family of seven. Although she believes her first quarter was an easy transition, she now finds herself missing her family more than last quarter. The hardest part for Mesias is not being able to talk to her parents daily. Mesias believes that family dynamics play a role in how difficult or easy a college student’s transition is because an independent person will miss their family a little less than someone who had a close relationship with them.

Whether we come from a small family of two or a big, extended family, it seems that the transition to college affects every freshman differently.

As much as we wanted to tell ourselves that we would be fine without our parents, let’s face it, we miss them just as much as they miss us.

Who are Film’s Addicts, Maids, and Gardeners?