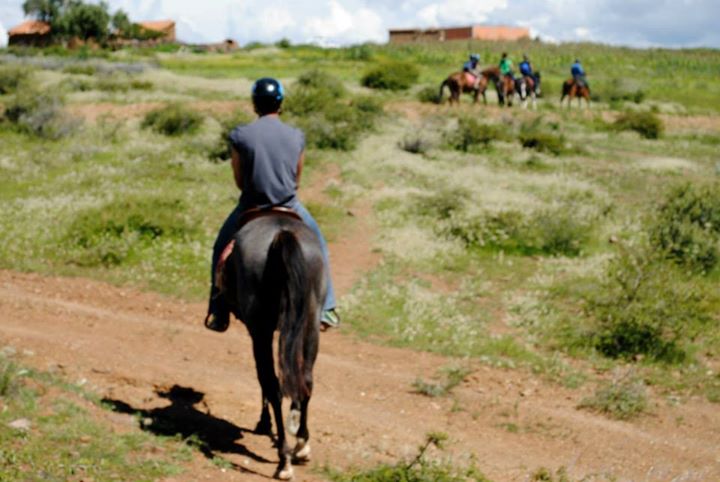 Zach knew he wanted a change, a change that could not be found on campus. The next step was figuring out where he wanted to go.

“Going into the trip, people were like, ‘Yo, watch out, don’t get stabbed or don’t get killed by somebody in a drug cartel, get pitched for doing cocaine,’ like that’s everybody’s first thoughts when you go to a place like that. Their first thoughts weren’t, ‘Yo, go to the mountains and see the most beautiful views you’ll ever see or go horseback riding for your first time and be in the Andes mountains and be able to have these beautiful experiences.’”

This is Zachary Trust, a recent graduate of University of Connecticut (UConn), who majored in Latin American studies, speaking about his study abroad trip that he took to Cochabamba, Bolivia. The application process was not easy. He applied to a program called SIT, School for International Training. SIT specifically has a program for Cochabamba, Bolivia, where students engage in the study of multiculturalism, globalization and social change.

While in Cochabamba, his class had a language course, either Spanish or Quechua, along with three other courses that were specific to globalization and its effects on a country like Bolivia.

All their courses involved guest speakers mainly from Bolivia, which were facilitated by their primary teacher, also the director of the program.Trust recalls activists from the 2002 Water Wars who came to speak. They were all responsible for completing an Independent Study Project–somewhat of a thesis–on any topic that impassioned them. Trust ended up making a twenty-minute movie about soccer players and teams in the country. While he was there, he even ended up joining a league.

Trust’s trip is not a typical study abroad one. He has roots in Bolivia. His mother was born in Cochabamba. His abuelito, affectionately referred to by Trust as Bito, otherwise known as José Rico, was a former keeper for the Bolivian national fútbol team. There is a connection he has to the culture, the food, and the people.

He recalls, “I saw these two people, I remembered one of them; it was one of our great aunts and great uncles, Bita’s [abuelita’s] cousins. They were waiting at the airport for me to get there. I said hi to them, and everybody in my class was like, ‘Yo, who’s that, how do you know people here?’ ‘That’s my aunt and uncle,’ ‘I didn’t know you’re Bolivian!’ so I said, ‘Yeah.’”

Even though this was only the second time that Trust had visited Bolivia, he says he never really felt like an outsider. “It helps with our background being half Bolivian. I was in a different situation than most of my peers… as far as like the culture, a lot of the food they [Bolivians] eat there is a lot of the food I’ve had from Bito and Bita, you know?”

Trust describes himself as an outgoing person, someone who likes to meet new people and build relationships. What he discovered was that people in Cochabamba are not much different from people back at home.

“Some of my best friends still live there now. I still keep in contact with them. Like the whole [host] family I stayed with. I was able to meet our cousins, aunts and uncles that I didn’t know before, just because they’d never been to the States and that was only the second time I had gone to Bolivia. That’s a commonality in my life, the most rewarding aspect of anything I do is relationships I build with other people.”

Coming from a middle class neighborhood in Massachusetts, Trust talks about how the community he grew up in was mostly white and his friends were, too. Now, in college, most of his friends are Latino, specifically, Puerto Rican or Dominican.

Trust clarifies, “But I would never hold myself to just being friends with a certain type of person.” He elaborates, “A lot of it depends more on class. I feel like I would relate better with a lower class white person than I would with like an upper class Latino.”

“I think a lot of problems we see, like race and misunderstanding of each other has a lot to do with class. You can see in Boston too. It’s a very diverse place, you have public housing with all Puerto Rican, you have public housing with all Dominican and like Black, Haitian, Jamaican, whatever it is. One of the public housing [complexes in Boston] has the largest percentage of impoverished whites in the country. Poverty isn’t a color. It happens to be that Black and Latinos are the most impoverished people in our country, but it’s not like every single Black and Latino is in poverty. Just like not how every white person in the country is upper middle class.”

Similarly, Trust noticed that class is a huge factor in Bolivia. “Definitely the poor people are looked down upon there. For sure…Your class and race definitely have a lot to do with how you’re gonna do in life and what jobs you can get. Gender as well, women aren’t seen the same as men.”

Although this is still an unfortunate reality that exists in Bolivia, there are other aspects of his trip that had an uplifting influence on his life.

One was the notion of taking care of people without them having to ask–a kind of unconditional love. In the United States, Trust comments, “A common thing would be like, ‘No, do everything yourself and you get what you earn, and if you’re lazy you won’t get it… [In Bolivia] It’s like ‘Aight, I care for you, I’m gonna do this for you because I know you would do the same thing back.’ Taking that approach to life, you know? ‘I’m gonna give this to you,’ and they’re just like, ‘Wow, if I don’t give something back to you I’m gonna give that something to someone else.’ So it’s either you pay it back or you pay it forward.”

Equipped with his experiences from his trip, Trust has started a fellowship at a private non-profit middle school in Boston for kids from underprivileged backgrounds. The best part? These kids get to go for free. Pretty cool.

California Kicks Off 2016 With Anti-Deportation Protests
Scroll to top