On October 22, 2014,  the Stop Mass Incarceration Network from Southern California led a march against police brutality from Olympic and Broadway to the Los Angeles Police Department in Downtown Los Angeles.  The Stop Mass Incarceration Network is a project of the Alliance for Global Justice and is a registered non-profit organization.  However, the origin of the fight for a “National Day of Protest to Stop Police Brutality, Repression and the Criminalization of a Generation” dates back to 1996 with the October 22 Coalition.

This march took place at 2 pm on Olympic and Broadway.  Once at the Los Angeles Police Department in front of the City Hall, various people articulated their demands and frustrations along with their sorrow for those who have been killed at the hands of the authorities. 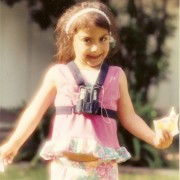 We are all Ferguson. We are all Ayotzinapa.
Scroll to top