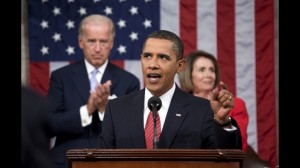 Further action towards the immigration reform cannot take place without the support of the Republican Party, said President Obama during a meeting he held, writes FOX News Latino.

On Thursday April 28th, President Obama with various Latino celebrities and other Latinos of high profiles in attendance stressed his commitment to the immigration reform.

During his presidential campaign, Obama vowed to reform the immigration system during his first year in office.

Years later he has done nothing, claim Latino activists. According to the president, he has attempted several actions. However, the high population of Republicans within the Senate has kept his attempts towards reform from succeeding.

At the meeting, he addressed the people by asking them for assistance to “help build public support for (the) comprehensive immigration reform, by… (promoting) the important role immigrants play in the United States.” This, he believes, will change the Republican’s point of view on immigrants, and hopefully “get the votes in Congress for the immigration reform.”

For further information click here, to read the full article.