Sentado en un Arbol Caído is a play based on the testimonio of Jesús Tecú Osorio, one of the survivors of the massacre in Rio Negro, Rabinal, Guatemala. This massacre was one of five massacres planned and carried out in 1982 by the Guatemalan military as a means to “evict”, more like exterminate, the villagers of Rio Negro to make way for the Chixoy hydro-electric dam. 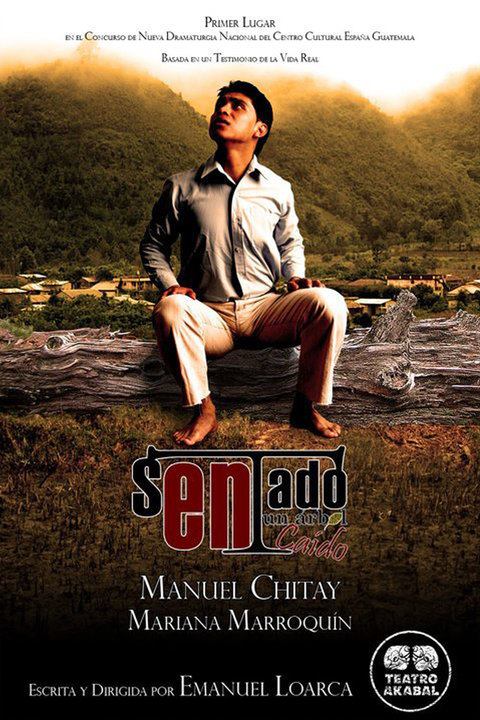 Due to the villagers’ strong opposition and resistance towards the building of the dam, many of them were targeted and massacred systematically. The total population of the village was about 800. And, it is believed that after five massacres, at least 444 assassinations were carried out.

The hydro-electric dam, of which so many Maya-Achí women and children were massacred for, was funded by both the World Bank (WB) and the IDB (Inter-American Development Bank). After 30yrs, five military officials were sentenced to 780 years for the March 13 Río Negro massacre, but they will only serve 30 of the 780 year sentence due to a 1969 law that sets the maximum penalty for the crime of assassination at 30 years.

While the massacre of indigenous people is not a new phenomenon, it is particularly infuriating that the World Bank (WB) has not been held accountable for the atrocities that were committed for the sake of building the dam. The WB, along with many other foreign investors and the Guatemalan government, oversaw this project and were key decision makers in the “removal” and “relocation” of the Maya-Achi people, yet they have not been held accountable for violation of human rights and genocide. Also, it is ironic to see how the WB claims to alleviate poverty and provide funding for the sustainable development of marginalized communities, yet it has a history of funding projects that further disenfranchise and oppress communities of color across the world.

It is not surprising that a few economically powerful countries—i.e. the United States— control the World Bank.  Instead of being a tool to help encourage development and, ultimately, improve living conditions, the WB solely seeks profit.

Sentado en un Arbol Caído is particularly powerful because it brings to life the unheard voices of not only the Maya-Achí peoples from Guatemala, but those from other countries as well who are being murdered for refusing to be displaced from their ancestral lands.

It is saddening to know that very few people know about this history and, more importantly, that very few understand that it is not about something that happened in the distant past, but rather, something currently happening every single day. Indigenous people are being displaced by globalization and the privatization of water, land, and other natural resources—forcing many to also immigrate. It’s ridiculous! In the case of the Maya-Achí people, I hope that the World Bank and the IADB are held responsible and provide reparations to the communities that were harmed by the Chixoy Dam project.It is evident that there is a need for transnational organizing that helps apply pressure on international banks to develop in such a way that future projects will comport with international human rights standards and that they do not further displace indigenous peoples.

If you would like to see Sentado en un Arbol Caído it will be running at Frida Kahlo Theatre from May 31 to June 9. Follow the link for more information. http://fridakahlotheater.org/Upcoming%20Events.htm