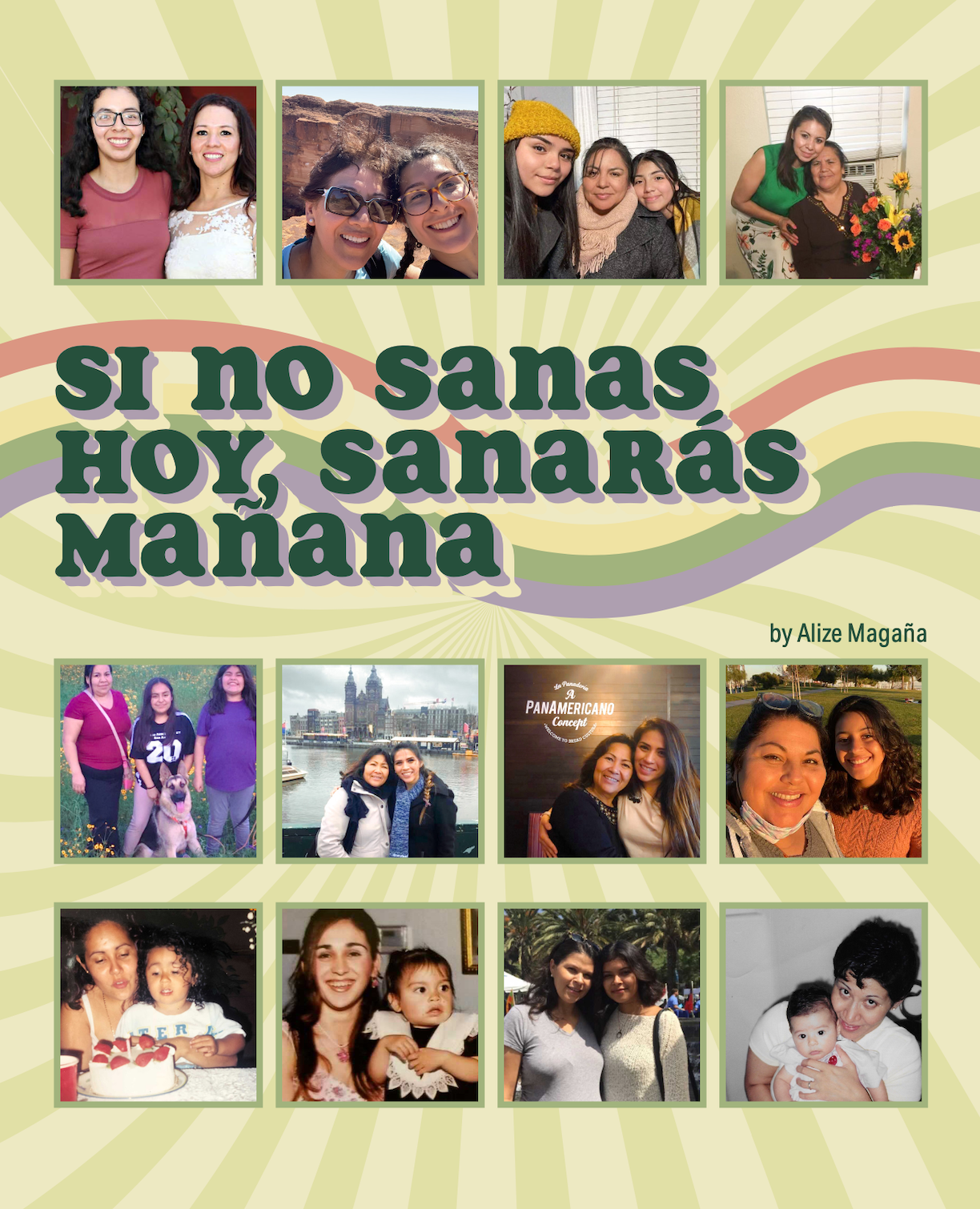 Lady Bird (2017) is a film that I love and hold very dearly in my heart — but one I can only watch once a year. Sometimes, it’s too painful to watch. I see myself, I see my mom, I see my friends, and it parallels the struggles of so many other Latine mother-daughter relationships.

Lady Bird is a coming-of-age movie about a young girl struggling with relationships with boys, her friends, but most importantly, her mom. Lady Bird’s relationship with her mom is beautiful, sad, and honest. It reveals the pain behind a strained mother-daughter relationship, pain that is both unique and universally understood.

For many immigrant Latine mothers and daughters, this pain is often rooted in cycles of intergenerational trauma. The painful experiences of mothers who have left their homes in search of better opportunities for their families are extremely courageous and honorable. However, these experiences also become sources of trauma that their children must learn to sort out for themselves.

I am extremely grateful for the sacrifices my mom has made in order for me to succeed. Sometimes I wonder, could I ever be as brave as her? Would I ever be willing to sacrifice as much as her? This is something me and many of my Latine girlfriends have struggled with. How do you overcome the guilt? How do you attempt to live up to the expectations of someone who gave up everything for you to succeed? How can I ever repay you?

Latine immigrant mothers demonstrate their profound love with their sacrifices to their children — though it can also be used as a tool of manipulation, one that instills guilt and expects unquestioned obedience. This can be toxic and traumatic for children of immigrants who feel the weight of these sacrifices. There are gendered expectations as well: Latine daughters are often expected to fulfill the stereotypically feminine duties of taking care of the home, other siblings, and having “ladylike” behavior.

The culture of respeto for your elders and for your familia necessitates that these expectations are fulfilled, while simultaneously feeling almost impossible to do so. To be responsible for others’ meals, clothing, cleaning and space is not only expected, but enforced. They seem to be never-ending and often require that daughters sacrifice their youth and autonomy in the name of respeto. Many Latine daughters feel as though they lack agency, a sentiment that doesn’t dissipate after reaching adulthood. Keeping close family ties and keeping the family intact is yet another responsibility imposed on Latine daughters. It is not uncommon for daughters to feel restricted after they turn 18, the age at which you are a legal adult. However, for many Latine households, that number means nothing, and it can feel infantilizing and belittling for their children. For daughters especially, a lack of agency over romantic relationships and social outings can be particularly frustrating when reaching adulthood.

Access to therapy and emotional support is not only hard to come by for low-income immigrant families, but it is also frowned upon in a Latine culture that is dominated by machismo. For immigrants, achieving the American dream is entirely about pulling yourself up by the bootstraps, a dream that cannot be held back by emotions. For daughters of immigrant mothers, there is less need to push those emotions to the periphery. However, the attitude about being emotionally vulnerable remains. This can unintentionally lead to emotional abuse, generating a cycle of toxicity and troubled relationships. Not allowing Latine daughters to express themselves honestly and freely can be a huge strain on mother-daughter relationships. By using guilt as a tool for manipulation, it is not uncommon for mothers to say ya lo se, yo soy una madre horrible or other similar statements when their children try to express their grievances with them. This makes it especially difficult for daughters to process their emotions since they are expected to maintain close ties to their mothers, but it can be difficult to feel understood when you don’t feel you can be honest with them.

The weight of my mother’s sacrifices, her mother’s sacrifices, and so on bears heavy on our shoulders. Similarly, other Latine women share these mother-daughter dynamics. It is important to look inside these strained Latine mother-daughter relationships and understand how these traumatic experiences can affect future generations of women. These traumatic experiences come from struggle, from pain, and contribute to the need for real emotional support. They cause heartbreak and tension and can be difficult to understand at times. The expectations of being a dutiful daughter often means bearing the consequences of these traumatic experiences and feeling overwhelming guilt for the sacrifices made. But through these experiences and these intergenerational relationships, there is love and resilience at its very core. Although I worry I may never overcome the guilt of the sacrifices made for me, I feel extremely proud of my mom, my grandma, and all the women in my life who made it possible for me to be where I am today.

The Reality Behind Astro-TikTok
Scroll to top