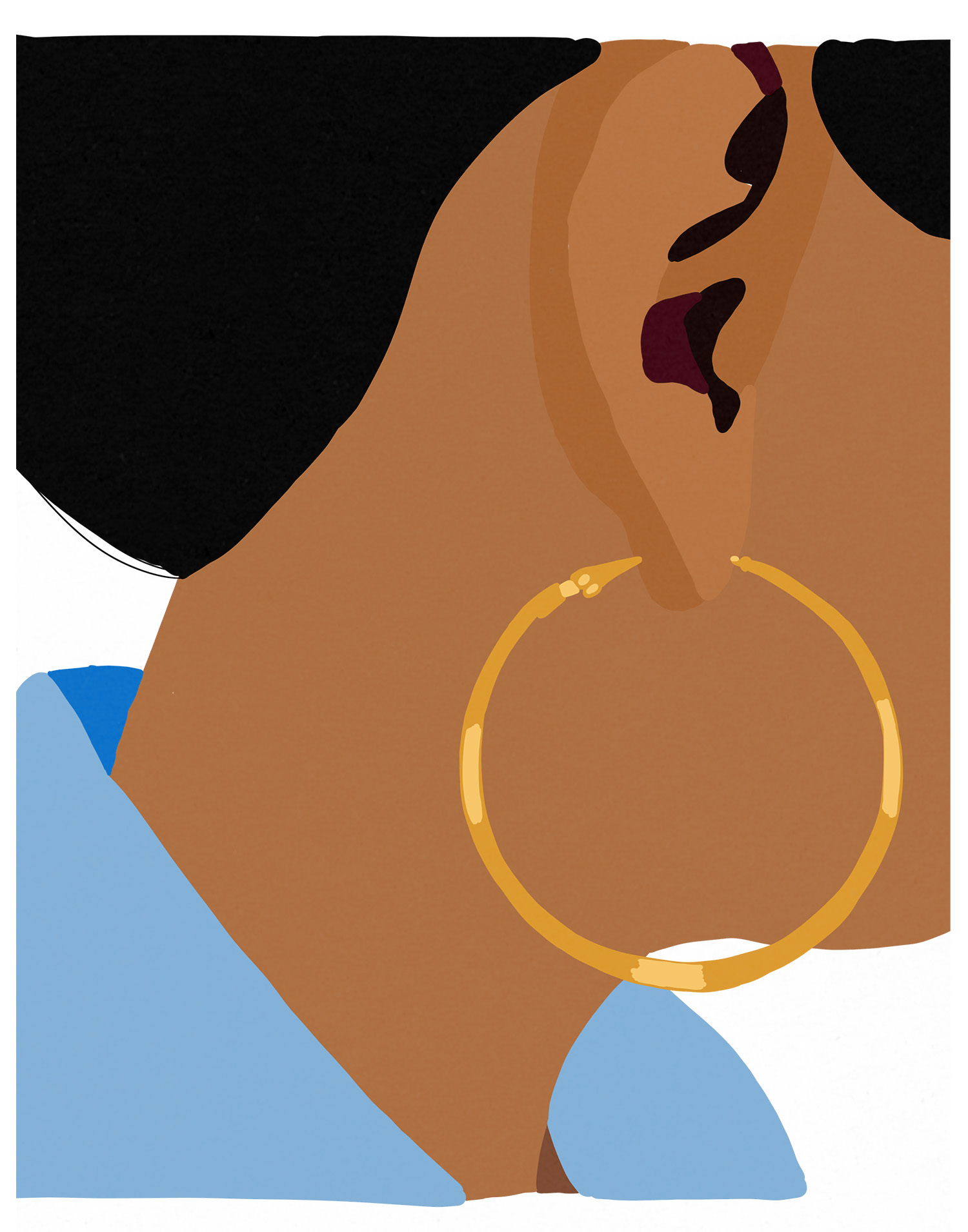 Rooted in Latinx culture, hoops represent the “sazón” of minority groups that wear these accessories to signify and represent their solidarity to their cultural identity. Once seen as low-class and distasteful, hoop earrings have now surfaced as a popular trend among celebrities and fashion shows. The fashion elite has cultivated hoops as edgy, stylish, and trendy while minorities were patronized for their distasteful fashion choices.

From Hailey Bieber to Taylor Swift, these celebrities have partaken in the hoop trend and have been labeled as “stylish” as a result. Considering those who are revered for participating in the new trend (mostly white women), one must ask the question: why is it acceptable for them to wear hoops, while minority groups are scrutinized for their hoops?

In an article by Refinery 29, the history of the hoop earring is unveiled to date back to 1500 BC Egypt, continuing to a “golden age” of piracy where pirates adorned themselves with hoops. However, more recently, hoop earrings have been associated with Latinx ”chola” subculture. The “chola” subculture was born from the working-class, Mexican neighborhoods in Southern California and incorporated hoops as an identity; it was also an essential part of other working-class communities, such as those of Latinx and Black communities. Across time, hoop earrings have engraved their significance throughout underrepresented groups, cementing their presence in history by demonstrating that they have been around long before they were a “trend.”

In her article in the New York Times, Sandra Garcia tells a similar story. Garcia recounts how she felt empowered with hoop earrings, “Gold hoops — thick, wide, bamboo-style, small or thin — were an extension of our sass, our style and us.” In a unique twist, Garcia would often lose a hoop and carried a collection of sole hoop earrings she would wear mismatched. She believed that during the 90s the mismatched hoop earrings “were in.” Although, as she grew older she ceased to wear hoops. Her decision stemmed from the fear that hoops painted Garcia as, “too loud, too visible, too ghetto, too black.” The dichotomy between Garcia feeling empowered versus self-conscious about hoops demonstrates how society casts a negative light on cultural identities.

The obvious questions that present themselves are then: Why is it not acceptable for minority women to practice and project their identities through hoop earrings? Why is it that when white women wear hoops they are made to be cool, hip, or trendy?

Ruby Pivet, a Latinx writer, echoed these questions in her article for Vice. Pivet mentions Vogue magazine declaring up-dos and hoops as the “‘ultimate summer pairing,’” while mostly crediting white models. Pivet says, “White girls did not start the ‘trend’ of over-sized hoop earrings and yet they’re the ones being praised for donning the ‘edgy’ style.” In contrast, women of color face apprehension and racial stereotypes for portraying their identities in the form of hoops.

In 2015, the Givenchy spring collection consisted of models adorned in facial piercings, hoops, and baby hairs. In a review by Vogue magazine, the fashion show was referred to as a “Chola Victorian” inspiration. Yet, none of the models identified as Latinx, and most of them were white women. The show lacked representation from the so-called inspiration they based their show around. In reference to the baby hairs used by the fashion show, Philip Picardi mentions that, “the message this sends, even though it is hopefully inadvertent, is that baby hairs can look ‘chic’ on white girls, but are still ‘hood’ on Latina and Black girls.” The same ideology can be applied to hoop earrings in the sense that hoops on women of color are seen as “ghetto,” while on white women they are “in style.”

The Latinx fashion culture, strongly misunderstood by privileged dominant groups,  has been dissected to root out the original sources of the fashion items.  Francis Solá-Santiago expressed in her Glamour article that she previously saw hoop earrings as a rite of passage and as relics handed down by generations. However, it became apparent that in order to appear “polished” or taken seriously she would have to dress down her accessories. This misconception was defied by Alexandria Ocasio-Cortez, a Puerto Rican Democrat from the Bronx,  as she was sworn into congress. Ocasio-Cortez wore bright red lipstick, a white pantsuit, and her hoops. Through this act she reverted back the stigma behind hoops by owning her heritage and conveying the message that hoop earrings are powerful. In a Twitter statement Ocasio-Cortez said, “Next time you tell Bronx girls to take off their hoop earrings, they can just say they are dressing like a congresswoman.” As mentioned by Solà-Santiago, Ocasio-Cortez defying the status quo, demonstrates that Latinx women “shouldn’t sacrifice their identity for the sake of professional success.” Congresswoman Ocasio-Cortez represents that Latinx women can have positions of power without sacrificing their culture regardless of diverging from what is conventionally seen as professional.

Hoop earrings may appear insignificant, but they represent more than a simple trend. The culture behind them comes from a history of oppression and exclusion for women of color who wear them. Hoops stand for resistance against appropriation that converts cultural expression into fashion. Regardless, the mainstream fashion culture will move on to the next item to appropriate, but it is up to the women that wear hoops to reclaim the culture that shapes their identities.

The Foundations of Fetishization
0 replies

Nature: In Series
Scroll to top