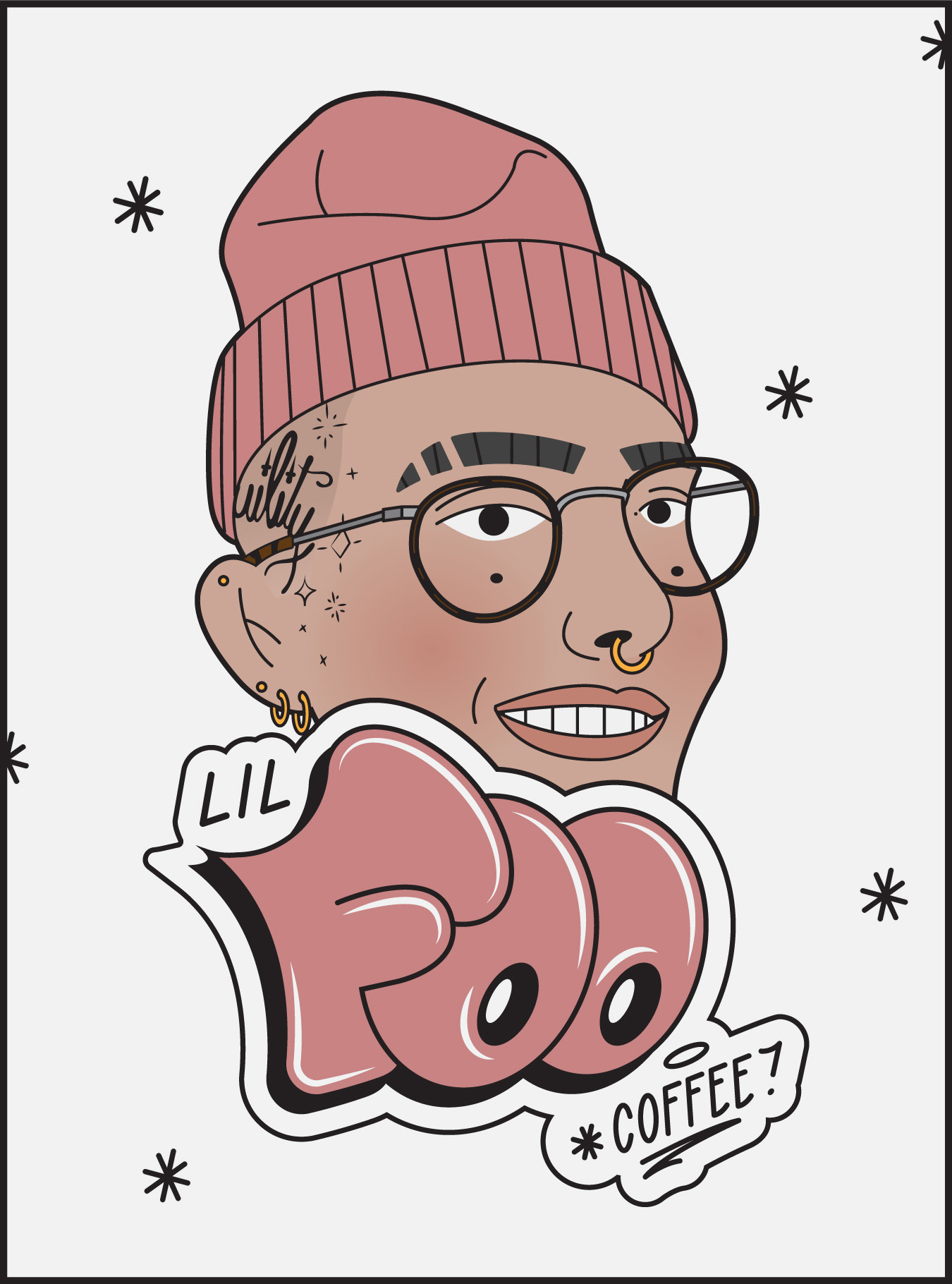 Frankie Martinez, a trans non-binary Latinx male, born and raised in South Central LA, owns Lil Foo Coffee, a coffee pop-up stationed in Echo Park. Much like Spider-Man’s ability to swing from building-to-building to help his community, Frankie works in the same way: swinging from coffee shop to coffee shop refining his passion for the drink and his passion for his community.

Four years into the coffee scene, Frankie began his coffee endeavors at Starbucks, but resenting the corporate environment that Starbucks created, he moved on to a mom-and-pop shop, Tierra Mia, a downtown location where he created a bulk of his artistic connections.

Working at the Tierra Mia in Downtown Los Angeles, Frankie says he loved the environment and the people that he met. “The area helped me gain followers,” he says, “and connect with artsy folk that followed me to Echo Park.” Always striving to work more with coffee and the community, Frankie ended up working at Little Amsterdam, a Black-owned coffee shop in Mid-City where within a month of working there, he became the manager.

Frankie has a willingness and passion for the community and coffee, making him the perfect candidate to be Little Amsterdam’s prodigy. The shop owners pushed him and guided him into starting his own coffee business. Not only is Little Amsterdam the catalyst to Lil Foo Coffee’s inceptions, but the reason why Frankie is stationed in Echo Park, a gentrifier’s utopia and the gentrified dystopia.

“[Little Amsterdam] is located in Mid-City because they knew they would get their bread more in Mid-City than in the hood, you feel me?” They guided him because of his willingness and passion for not only coffee but his devotion to his community.

Knowing that he needed to create a following before he could open up his actual shop, Frankie settled on making his “bread” in Echo Park, the junction where Latinx culture and gentrification lie. “The majority of coffee loving people are white people,” he says, “unfortunately, the mentality is that, and they’ll pay anything.” 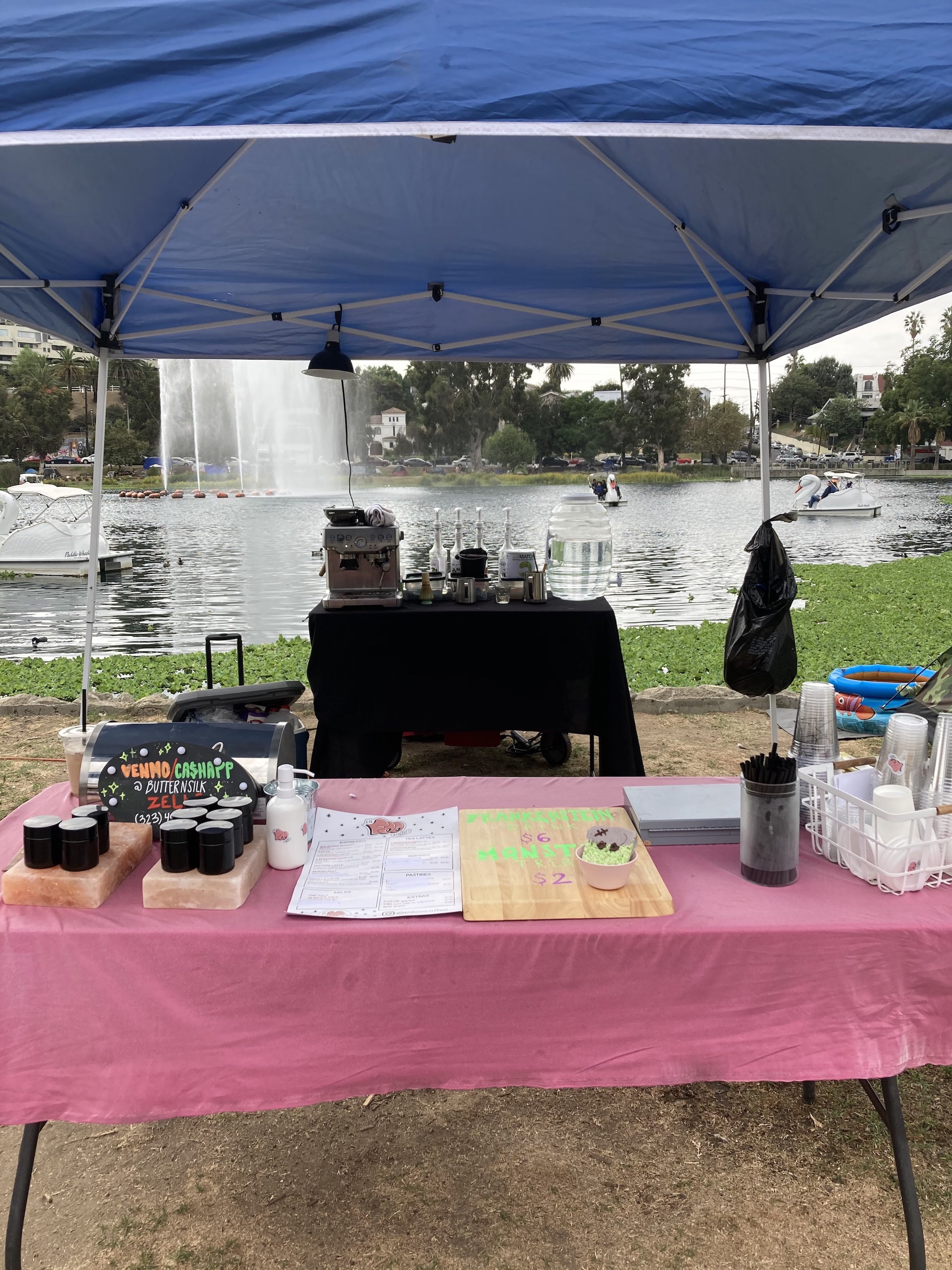 Lil Foo Coffee Stand in Echo Park taken by Frankie, the owner himself.

While discussing his pricing, Frankie mentions that this coffee is priced between 4-5 dollars, and consumers can add a shot of CBD for 1 dollar, “which is rare” he says. “This older generation of Latinos/as/x love coffee and it’s not just white folk. I know that being in Echo Park, my prices are generally very low.”

Funneling the money he makes into the community is Frankie’s main goal, saying, “Make my money and my bread from coffee-loving white folk, and bring that money back to the hood.” Frankie’s current aspiration is to create a coffee shop where people, presumably like him, can just come chill and feel safe.

With a big and bold Leo personality, Frankie wanted the coffee pop-up to have the same energy as him. Having a clear path of how he wanted to represent the shop, Frankie teamed up with Latino artist Jonathan Funes to create an official emblem. Lil Foo Coffee’s emblem blends Frankie’s love for both graffiti and, iconic New York rap artist, MF DOOM, saying, “the bubble letters are [MF DOOM’s] brand, it’s his logo. Me loving MF Doom just makes the [shop’s image] more me.”

Conscious of the space he is inhibiting, no matter the success, South Central runs deep in one Frankie Martinez, “I’m from the hood, I’m from South-Central, and I’m going to bring that wherever I go.”

Catch Lil Foo Coffee in Echo Park Thursdays from 9 AM – 5 PM  and Fridays-Sundays 12 PM – 8PM.  Be sure to check their Instagram for any schedule changes. 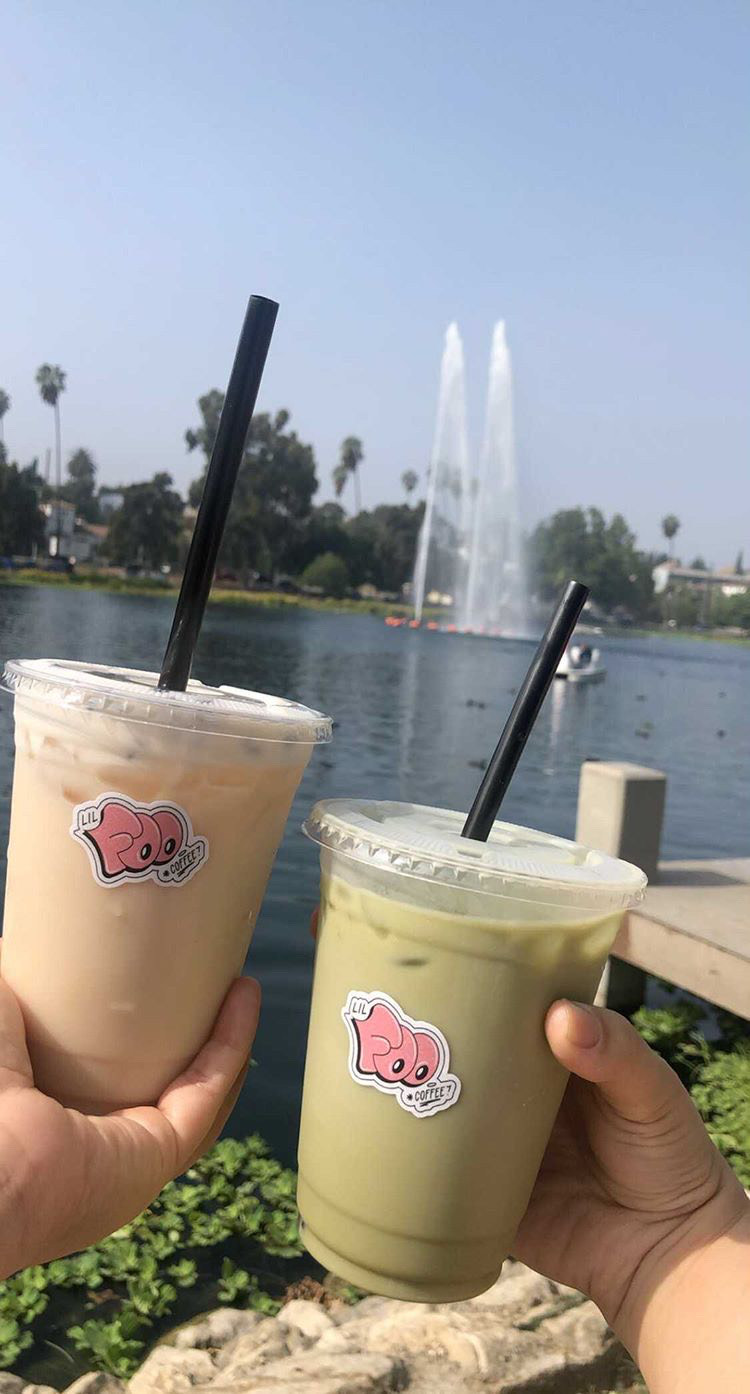 Life of a Stray

Caught in a Loop: An Appropriation of Hoops
Scroll to top