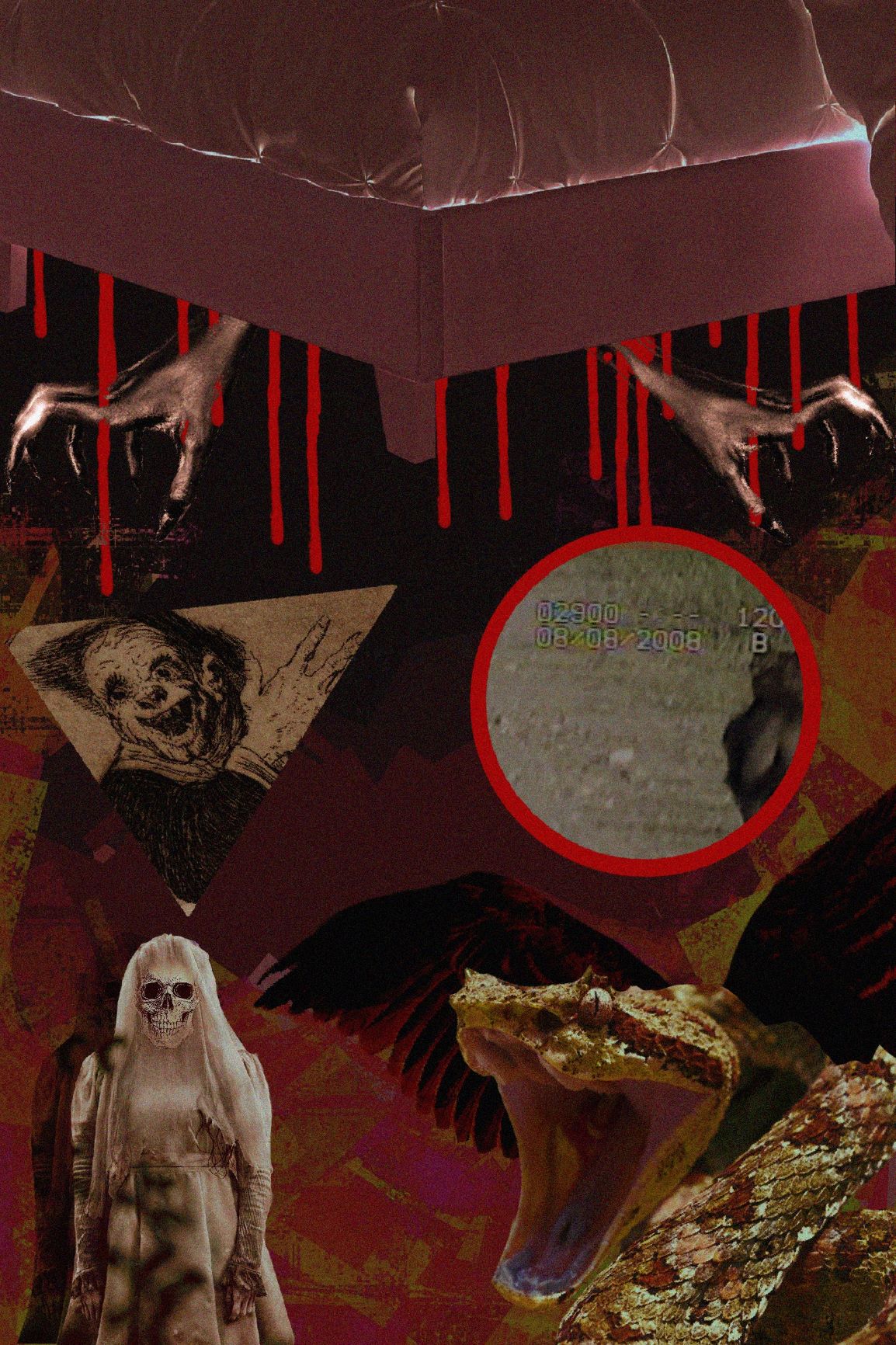 UCLA offers a handful of classes that center on Latinx authors and their experience. In a Chicanx literature class, students read about five different novels. The first one, Arturo Islas’s The Rain God, follows a Mexican family and how they battle with their racial identities and sexualities.

Many of the other novels also follow the similar trope of struggling to accept one’s identity. Even novels that are meant to be different, like The Rain God, have sad undertones. Reading these novels is life-changing; it introduces students to a whole new genre of literature. Many mainstream authors have white characters or are from the suburbs. Exposing students to novels that were written by Latinx authors and incorporate Latinx characters is important to diversifying literature. As students explore literature at UCLA it becomes evident that there is a lack of representation in literature. When students discover novels they can connect with, it makes reading fun; it is refreshing to be able to laugh at jokes and see their lifestyles being represented in novels. However, several Latinx novels are written with similar tropes, which can cause the reader to feel as if they are reading the same novel, just with new characters.

Ann Dávila Cardinal provides a new type of Latinx literature, with Five Midnights. Dávila Cardinal writes an entertaining, suspenseful novel that takes place in Puerto Rico. The novel follows two frienemies, Lupe and Javier, and their struggle to accept themselves while solving a murder of two young boys, which they suspect to be victims of El Cucuy.

As a young adult novel, the book itself reads very easily. However, the suspense and description of the scenery make it enjoyable for people of all ages. The opening scenes where Dávila Cardinal describes Puerto Rico allows the readers to clearly create an image of Puerto Rico, whether they have been there or not. Dávila Cardinal’s ability to illustrate the scenery through the vivid language and helps the reader engage with the novel.

The storyline itself is not perfect. Despite there being a murderer on the loose, the story focuses on character development. Lupe and Javier learn a lot about themselves. There are also themes of the loss of innocence and acceptance of one’s identity. While Five Midnights is similar to other Latinx novels, the incorporation of the folklore helps create the feeling of a new narrative.

Throughout the novel, the reader learns more about the mysterious murder through the other characters. This detail reflects how community helps others learn and develop identities. Lupe struggles with discovering who she is while Javier struggles with accepting his past and moving on. With the help of others, both characters are able to develop a sense of acceptance.

Overall, Dávila Cardinal’s Five Midnights is a great starter read. It has an interesting mix of folklore and beautiful depictions of Puerto Rico. The balance of self-discovery and mystery is refreshing. The novel ends rather abruptly and there are some issues with the portrayal of Puerto Ricans, but it is a novel that differs from typical Latinx tropes. For starters, it is a murder mystery, and the characters, Lupe and Javier, suspect it may be El Cucuy. While murder mystery is popular amongst novellas, the incorporation of myths gives the novel new aspects. Five Midnights demonstrates potential and opened up a new genre of literature for me. The way Dávila Cardinal still follows the tropes of accepting one’s racial identity through the addition of folklore allows the reader to see character development alongside Latinx mythology.

Five Midnights offers a bridge to Latinx mystery novels. It is important to have a large range of diversity, not just novels that pay homage to novellas or finding the “American Dream.” Latinx authors that write horror novels help keep younger children interested in their heritage. It also allows older readers to reminisce back to a time when they were told similar myths about El Cucuy or El Chupacabra. Diversity in the horror genre helps teach about culture and provides new and fresh stories. There are more novels with Latinx folklore and horror aspects, and each one better than the last.

Just as Latinx authors in horror are important for representation, so are Latinx directors in cinema. Contemporary film is a leading form of media and allows for visual representation of different identities. The Latinx director Guillermo del Toro plays an important role in the Latinx community within the world of horror as he represents a community that is extremely underrepresented within the genre.

Del Toro is one of the most well-respected directors and screenwriters within cinema and has gone to become an academy award-winning director. He is best known for his works Pan’s Labyrinth, The Shape of Water, and Puss in Boots. Del Toro’s versatility has been one of his greatest traits and has helped him garner respect within the industry. However, it is important to note that the big shot director originally began his career directing films involving horror and the supernatural.

The first short film released by del Toro was titled, Doña Lupe. The film is about an elderly landlord that begins to notice mysterious behaviors from her new tenants. The film is entirely in Spanish and features an entirely Latinx cast. This trend of Latinx representation would be extremely prevalent throughout his career. Another one of del Toro’s early films, titled Geometría, also featured an all Latinx cast and included scenes of the movie’s protagonist performing brujería. These films were important as they portrayed Latinx culture and actors within the horror genre.

As Del Toro began to gain his footing within the realm of directing and writing, he had never lost his love for his people and representing them through film. In his latest film Scary Stories to Tell in The Dark, del Toro made sure to include a Latinx character named Ramón (portrayed by Michael Garza). Throughout the movie, Ramón encounters rude remarks and stereotypes for being Latinx and manages to criticize said comments calmly. This strategic placement of del Toro’s comments on race relations is crucial as it allows him to subtly express his identity as Latinx through his films.

On August 9th 2019, del Toro was awarded a star on the Hollywood Walk of Fame. During his speech, he subtly addressed the political climate and attitudes towards Latinx immigrants within the U.S. He went on to state that fear-mongering has been used to divide communities within the U.S. and that “it’s used to tell us that we’re different, that we shouldn’t trust each other.” del Toro’s comments are important as they show support to the immigrant community while receiving one of the most honored awards within Hollywood. During his closing remarks, he stated, “As a Mexican, receiving this star is a gesture and no gesture right now can be banal or simple.” Del Toro went on to say, “all immigrants from every nation should believe in the possibilities and not the obstacles.” After these empowering comments, del Toro solidified his support for the Latinx community and immigrants by kneeling over his star and kissing the national flag of Mexico.

The achievements that del Toro has attained throughout his career are extremely important for the Latinx community, demonstrating that although obstacles exist for Latinxs, anything is possible. It is also important that he maintained his love for Latinx people because although he is now an A-List director, he has not forgotten his humble beginnings creating short films in Mexico and offers support to those of similar backgrounds.

Representation matters in all forms of media, whether it be through the literature written by Dávila Cardinal or the films directed by Guillermo del Toro. It is important for aspiring Latinx writers or directors to create works that stray from the typical narratives involving Latinx characters and normalize the inclusion of Latinx characters. Through Cardinal and del Toro’s unique storytelling, they help remove basic tropes and further Latinx representation in the horror genre. Through this genre, they both break the status quo that Latinx films and literature often follow. This allows members of the Latinx community to envision themselves in several different roles within the media.

The Evolution of Memes

The Curriculum That Distances Us
0 replies

i am, i am not
Scroll to top