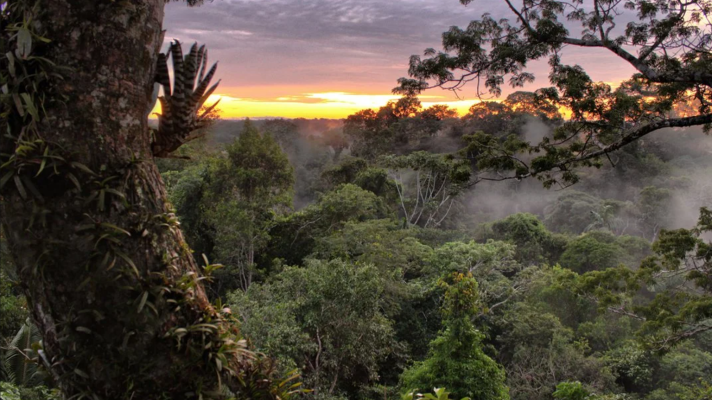 Extraction of oil in the Amazon Rainforest began in Peru and Ecuador in the 1920s and has continuously grown in scale since then. Today, oil extracted from the Amazon travels all around the world, but about 66% of oil mined goes to the U.S., most of which goes to California. This oil is mainly used to fuel the operations of large-scale American corporations, including (ironically) Amazon delivery trucks and Costco gas stations. The oil extraction from the Amazon forest, essential to the sustenance of American corporations, has had detrimental effects in Amazonian Indigenous communities and the environment.

As oil extraction in the Amazon has grown in scale, companies have been allowed to place pipelines in areas inhabited by Indigenous people, severely impacting these communities. Pipelines are often placed on lands that Indigenous people hold titles to, protected areas, or areas where communities are living in voluntary isolation. One notable case occurred in the Yasuni National Park in Ecuador, inhabited by the Waorani people. It is supposed to be a protected area, as it is regarded as the most biodiverse area in the world. However, when oil companies found out that the equivalent of over 1 billion barrels lay underneath the land, they began eyeing the area for extraction. The Ecuadorian government attempted to block the extraction of oil in this area with the Yasuni-ITT initiative, asking for global monetary support in order to fund environmentally conscious employment sectors. Unfortunately, this initiative failed as Rafael Correa, the president of Ecuador at the time (2013), was forced to abandon the initiative due to a lack of global support. Correa felt that the world failed the country when “co-responsibility in the face of climate change” was essential.

Indigenous people in Ecuador have not been the only Amazonian people impacted from the greed of oil corporations. Indigenous people of Peru have been deeply affected by oil drilling in the Amazon—in 2020, it was recorded that there have been  470 oil spills in the country since 2000. These spills are often caused by corrosion of oil pipelines or “failures in oil infrastructure.” Besides polluting the environment, oil spills harm the health of Indigenous people: many have higher levels of toxic metals than what is allowed by the World Health Organization. These chemicals, such as lead or arsenic, can cause health problems, affect the brain and even cause cancer. On top of the adverse health effects, environmental pollution deprives Indigenous communities of their traditional way of life as they are no longer able to interact with their environment like they once did.

Most shockingly, Indigenous people are often blamed for these spills. Companies accuse them of interfering with oil pipelines to obtain benefits, such as financial gain, despite the opposite being true. It is Indigenous people affected by oil spills who have been taking the lead on monitoring the spills and fighting for pipeline repairs to be made. Wadson Trujillo is an Indigenous environmental monitor who resides in Cuninico, an Indigenous community in northern Peru has spoken about his experiences. According to Trujillo, environmental monitors from the community “are always on the lookout for any leaks that occur” during a spill. The increase in the number of reported oil spills in recent years is likely due to the greater presence of monitors, exemplifying the importance of their work. The data on spills collected by environmental monitors aids in the fight for more laws and regulations to prevent spills and ensure the safety of Indigenous communities.

Ultimately, and despite the positive impact of their efforts, the burden of preventing spills should not rest on Indigenous people. Rather, it should be on the companies and governments who allow environmental degradation without any consideration for the wellbeing of the Indigenous peoples of the Amazon. 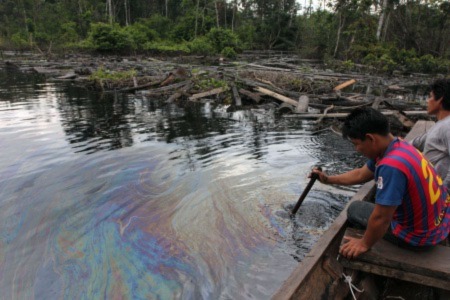 Although the fight against oil companies in the Amazon rainforest is a large one, given it encompasses various sites and affects different tribes. The concerns of Indigenous peoples deserve to be addressed with justice and we as individuals can contribute to this movement. Increased awareness and public pressure are important facets of this struggle. As American consumers, we can pressure companies and the government to support Indigenous movements working to hold oil companies accountable. This can lead to cleanups and the implementation of more sustainable practices. We can also pressure our government to block oil extraction in protected areas to avoid repeating the history of the failed Yasuni-ITT initiative. In order to maintain the health of Indigenous communities and the environment we depend on, these harmful policies must be reformed.

Oil Spills in the Amazon Rainforest
Scroll to top