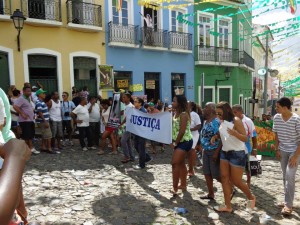 From Brazil, Gentista Michelle Salinas reports on the unrest.

July 2nd was Independence Day for the state of Bahia in Brazil.  While I did see the traditional parades and festivities, they were accompanied with signs of protests. Brazil has been in great unrest recently and most people think it is just about  the 2014 FIFA World Cup and the Olympics.  However, this unrest has been growing for some time now with a movement called “Movimento Passe Livre.” This is a movement that began with students who were fed up with the rising fees in public transportation.  They reacted to rising prices by demanding free transportation instead.  This movement gave rise to many other issues in various sectors including health, education, and the political system.
As I walk down the streets, the walls become my teacher. They are full of graffiti about politics, revolutionary movements, and social welfare demands, among many other messages.  And when I ask Brazilians for their opinion about the protests, the first answer is always, “It is very complicated.” This has been the biggest lesson about Brazil so far.  It is a huge country with diverse regions, cultures, and people with a complicated history and thus everything else is equally complex.

The protests continue, and the direction of the nation remains a question mark.  What is certain is that all eyes are on Brazil and that a great giant has awakened. 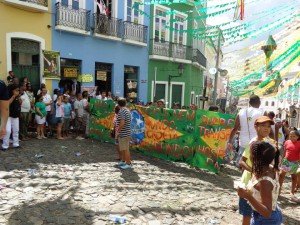 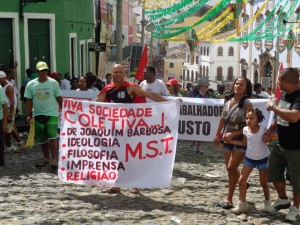 This banner represents those who are landless and fighting for land. 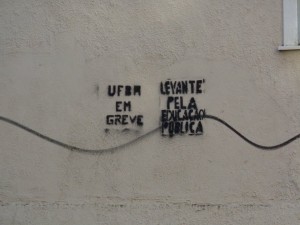 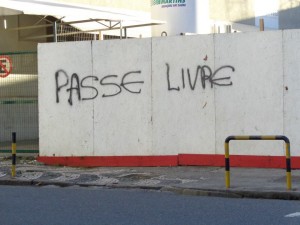 A Movement in Brazil.

Through Deaf Ears
Scroll to top