With last year’s census results revealing that the Latino community is the largest minority group in the United States, many suggest that the future lies in our hands. Latino organizations in defense for migratory reform have suggested that Latinos will have a considerable impact in the 2012 presidential elections. But at the moment, our growing numbers have not translated to significant political or economic reforms to improve our community. Instead, we have experienced an increase in hostile policies targeting Latino immigrants.

During the 2008 elections, President Barack Obama’s exuberant campaign sought Latino support, cleverly appealing to our sensibilities. In July 2008 Obama spoke to the Latino community of San Diego saying, “The system isn’t working when Hispanics are losing their jobs faster than almost anybody else… when communities are terrorized by ICE [Immigration and Customs Enforcement] immigration rates … and we need to change it.” These promises for immigration reform remain unfulfilled.

Obama has stated that Republican support is necessary to make significant changes in immigration policies. While this is true, the president still has the executive power to push immigration reform more effectively. Representatives of the Congressional Hispanic Caucus have stated that the president could actually use his power in office to halt deportations. They also stated that Obama can take “administrative action which can immediately address the most grievous shortcomings of our broken immigration system.”

But the “system” remains broken. Arizona criminalized undocumented individuals with the SB 1070 law, the Senate blocked the DREAM Act, and over one million immigrants have been deported, an unprecedented amount.
We continue to see political action motivated by both ends of the political spectrum. Recently, Obama appeared at El Paso, Texas to speak once more for immigration reform. His speech was followed by the reintroduction of the DREAM Act by Democrats. On the other hand, Republicans in Arizona are attempting to preserve the SB 1070 law after the Supreme Court blocked major portions of the bill. Chicano studies Professor Robert Chao Romero suggests that both political parties are making calculated moves and compromises. “This is a tricky situation…and hope remains to be seen,” said Romero.

Amidst all this, what role is the Latino community playing in this story? According to census estimates, Latino voter numbers increased, from roughly 7.5 million in 2004 elections to 9.7 million in 2008. Numbers alone are not enough. In the march for immigration reform on May 1, only a few thousand people showed up to support. A huge decline in comparison to the 60,000 supporters who came out just last year.  Are we losing hope, or are we just plain lazy?
“The problem with May 1 is that there was no unified voice or vision,” said Romero. “There is potential for political empowerment but it needs organization.”

Our growing Latino community has fallen short of making a significant contribution for change. Yes, we have faced aggressive legislative action but politics are not the only factor; we need to strengthen our voice. Otherwise, how hopeful can our community be for the future, whether for the 2012 elections or for a long term outlook? 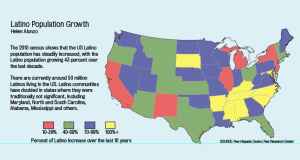 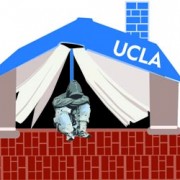