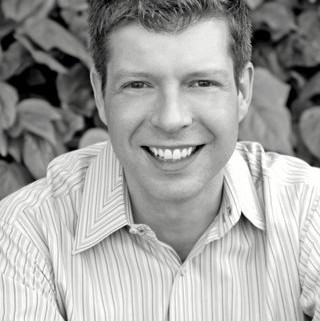 Unless we are avid followers of newspaper, television, talk radio, or any other mode of information regarding politics today, then it is unlikely that we will be adequately informed for the upcoming November election.

The event “Latinos DO vote” which took place in April at Placita Olvera–a village known as the birthplace of the city of Los Angeles and replete with historical buildings, souvenirs, food, and music that reflect the Angelinos’ Mexican culture–attempted to remedy just that. At the front of a long line of avid listeners and fans waiting to greet him was Fernando Espuelas, host and managing editor for “The Fernando Espuelas Show” on the Univision Radio Network- where he encourages Latinos to be informed citizens, documented or not. Espuelas and his group of staff and volunteers, along with the League of Women Voters, were present at the event, informing and registering voters.

When asked how he would account for low voter turnout or apathy among Latinos come election time, Espuelas explained, “Some of us have relegated politics to the background of life’s concerns. Many of us come from countries – or our parents did – that have failed at democracy. Voting in many of these nations has literally been a futile exercise in most occasions. It is no wonder that there are many people that don’t believe that their vote counts, that it is valuable, that it is critical for the success of our democracy.”

A majority of the Latinos here in the US are undocumented, which means they are not able to cast a ballot, but Espuelas believes that even they can have an impact in politics regardless of their immigration status.
“They should connect with American citizens that can vote. They should share with them their knowledge of what is at play in the elections, which candidates have which positions, and advocate for the best possible candidate.”

In a sense, Latinos who are not able to vote can become the lobbyists and advocates for policies they wish to see implemented in government–by speaking with those who are able to vote.
At the opposite end of the voting spectrum are college students. Because they are pursuing higher education, they are expected to be informed citizens and vote. However, they do not vote in great enough numbers. Espuelas believes that “education is critical. But no education or number of internships can compensate for a rotten political system or a political leader lacking the right vision to build a brighter future for the American people.”

Every Latino can impact the elections in some way and become informed about political issues that affect their communities. For college students, an eight-page paper or midterm might seem more immediate and for a struggling Latino family, the main concern might be making enough money to put that same student through college while also supporting a family. However, if neither one bothers to play some kind of role, then the Latino voting population is sending a message that they do not care to affect change in government. Failing to vote gives free reign for others to make decisions for them–and if one does not vote, then one cannot complain about these policies.

Voting strategically can bring greater strength to the Latino voting bloc, and can and will garner political power behind the issues Latinos wish to see at the forefront of decision making, for example, that of immigration reform. But all this can only happen with the vote, which starts with an informed populace.