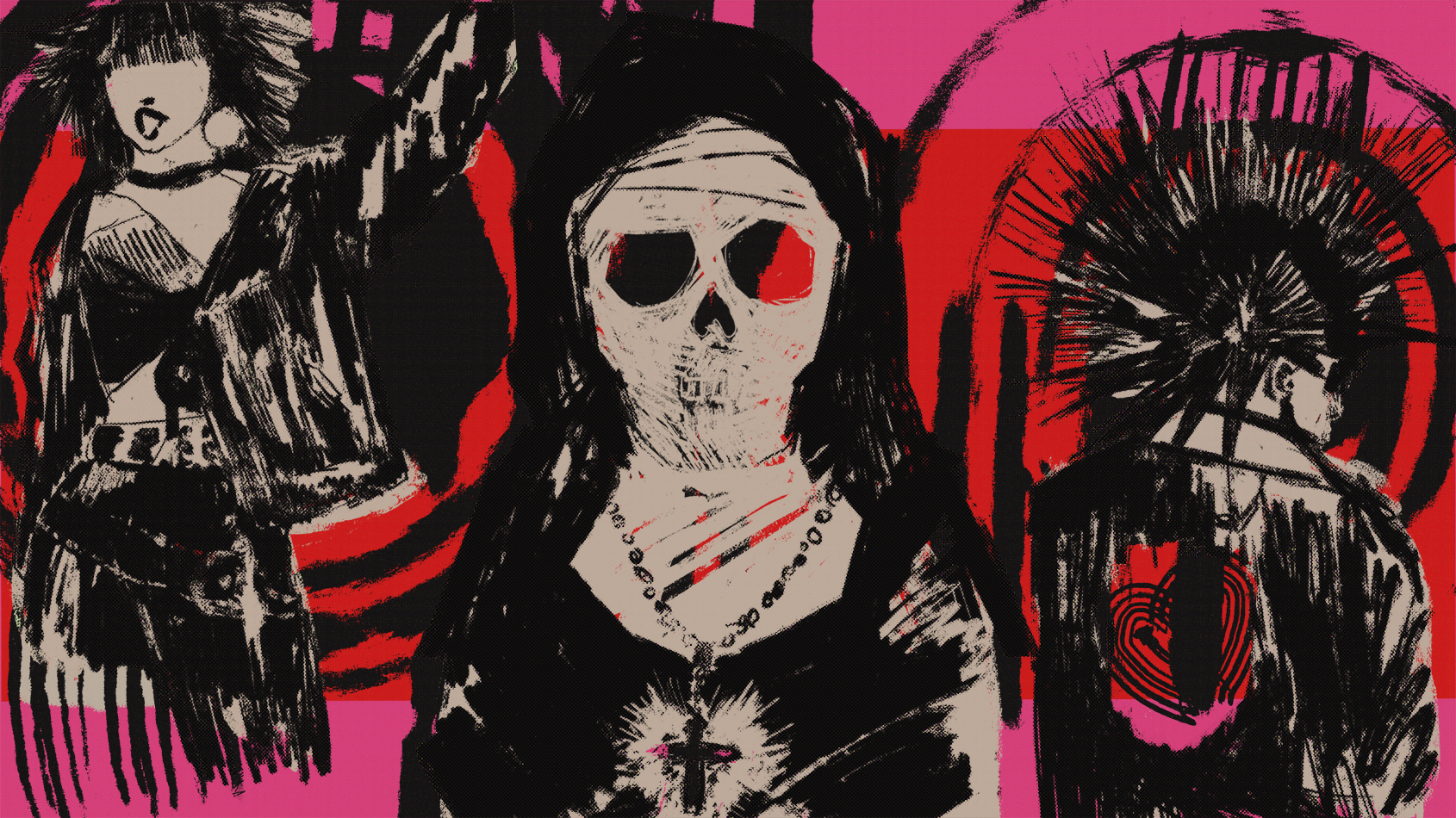 The punk rock scene and its Latinx influence has greatly shaped the ever-changing development of pop culture within American Society. At its start, punks were tired of cultural norms deeply embedded within the communities its founders were a part of and began to resist these norms by adopting a new style consisting of form-fitting tattered clothing, wild hairstyles, and a darker aesthetic. The punks were able to fully express themselves and reject traditions through their appearance. This look accompanied their ideology that all should be free to be as unique and strange as they desire. One where they shouldn’t be judged negatively for their gender, sexuality, race, or ethnicity. This allowed for punks to be from a diverse set of backgrounds, especially from the Latinx community, which played an extremely significant role in the founding of the movement.

When you ask someone to describe punk rock, they often describe scenes of angsty, white teenagers rebelling against the authority of their parents and wearing skin-tight clothing while doing hardcore drugs. While this may be the popularized image of the music genre and social movement, punk has a very deep-rooted history in Latin-American culture and continues to draw from it.

Punk was established in the late ’70s in order to provide a safe haven for those cast out from society and for those who dreamt of rebellion to voice their political opinions. The Latinx youth at the time, were extremely underrepresented and off mainstream America’s radar. Latinx youth yearned for a sense of belonging. These Latinx kids began to express themselves by wearing dark clothes, wild hair, tattered jeans, dark makeup, and rejecting gender norms. The youth involved within this movement donned the self-proclaimed title ‘punks’.

A source of early inspiration for the punk movement was the highly successful Latinx psychedelic rock band, Cannibal and The Headhunters. Cannibal and The Headhunters consisted of all Latinx members who hail from East LA. This influential band received national attention when they toured with The Beatles and went on to have high charting hit records such as the iconic track “Land of a Thousand Dances.” The Headhunters influenced artists in later generations, including the legendary Chicanx icon, Alice Bag, who is often cited as the queen of the punk rock movement.

When asked about the foundations of the punk rock scene in 2019 during an interview with Al Jazeera, Bag stated: “Whatever it was that made them feel as if they didn’t belong in their own neighborhood, was what we prized, we wanted uniqueness… we wanted the weirdos, matter of fact the weirder you were, the better.”

The LA punk rock scene made a steady rise as the years progressed and eventually found itself entering the mainstream. Their music began to reach wider audiences with a plethora of punk rock bands that featured Latinx members such as the Zero’s, Catholic Discipline, Fear,  Los Illegals, and Black Flag.

The screams, aggressive style, violent lyrics, and rebellious attitudes express the negative emotions these artists felt. The way Latinx punk musicians communicated their personal experiences scared mainstream society and like many movements started by minorities, society began to fear it.  However, Latinxs remained resilient and continued to be punks.

One of the most surprising contributors to the punk movement was Sister Karen Boccalero of the order of Saint Francis, a Chicana nun who valued self-expression through art and helped create the arts center known as “Self Help Graphics.”  This provided the Latinx community of East Los Angeles with the resources to print, learn, practice, record, and perform music. Eventually, through the efforts of Sister Karen and many involved within the Latinx community, the punks had purchased a small basement on Cesar Chavez Avenue called “The Vex.” The Vex began to function as a safe haven for punks and started a renaissance for punk rock with several successful and iconic bands first garnering attention in this venue.

Soon, the movement reached Latin America and bands began forming in countries such as Peru, Argentina, and Brazil. At this point in time, these countries found themselves in political turmoil, which resulted in extremely politically charged punk rock. This attitude soon carried over to the United States and shaped the sound of punk we know and love today.

According to Alice Bag, when speaking on punk it is always important to remember that it “was not invented by white males… punk was created by women, people of color, and queers,” and without these diverse contributions from those who were often unrepresented in mainstream media, punk would not be what it is meant to be: a safe haven for the weirdos, minorities, and social outcasts.

I obtained a second citizenship from my home country, and you should too

Lo Que te Diría if I Knew How

Daring Music for the Silenced Voices of Latin America
0 replies