While UCLA seniors will be graduating on June 10, Mexican poet Javier Sicilia will be marching for peace in Ciudad Juarez. The march is intended to bring awareness to the drug related violence the current governmental approach has failed to contain. Sicilia, whose 24-year-old son was murdered by cartel members, opposes the strategy Mexican President Felipe Calderon has taken thus far. As the war on drugs has been a controversial issue on both sides of the border, Sicilia and his organization, Network for Peace and Justice, hope to promote a different solution to the drug war, an end to corruption in the country and a peaceful conclusion to several unsolved criminal cases. According to CNN World, Sicilia has been “one of the loudest critics” of the Mexican government’s approach in handling organized crime. 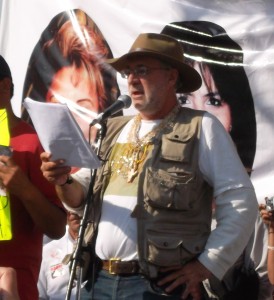 Looking for scholarships? A Resource for Latino Students
Scroll to top