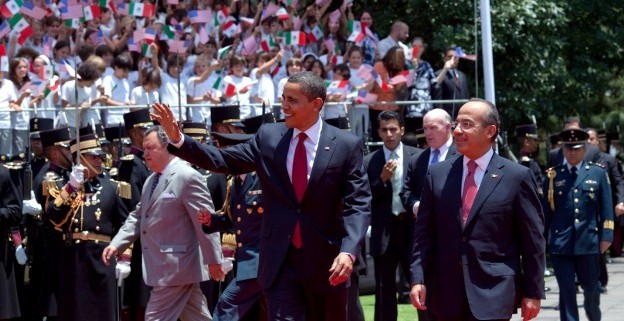 President Obama made his first trip to the US-Mexico border since his election. Today, Obama spoke about the effectiveness of increased border security to diminish the number of undocumented immigrants coming to the US. While the GOP and its constituents are not satisfied with the handling of the border thus far, President Obama championed the amount of deportations from just last year, something pro-immigration groups are not too happy with. He, also, cited a decreased number in arrests at the border (463,000; nearly 40% less) as a way to suggest his administration has a handle on the border. According to the Wall Street Journal, President Obama joked about the GOP’s inability to approve of his treatment of the border, saying that “Maybe they’ll need a moat…Maybe they’ll want aligators in the moat.”  Although no legislation was proposed or mentioned, the President emphasized the need for bipartisan involvement in passing immigration reform.