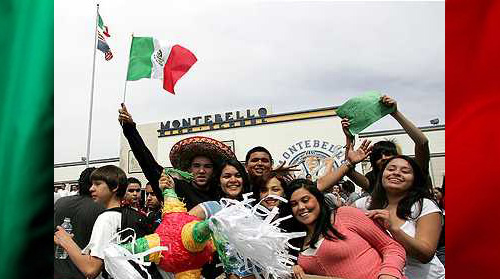 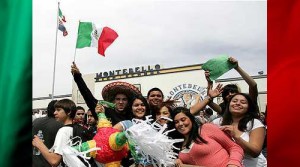 AHUACATLAN, Mexico — In Latin America, according to conventional wisdom, most of the unemployed are uneducated. But in Mexico, roughly three-quarters of the country’s 2.5 million unemployed workers possess high school degrees or higher.

This is a grim statistic for young Mexicans considering their life choices. For teenagers and twentysomethings without access to the wealthy and powerful cliques that dole out favors in Mexican business and government, the future seems a struggle.

“If you don’t know somebody that knows somebody, you get nowhere,’’ says Naya, a 21-year-old  who studies business in this small municipality in Nayarit state.

And real unemployment is thought to be double the laughably low official estimate of 5 percent (the Mexican government counts anyone over the age of 14 who works more than 6 hours a week as “employed”). Millions of Mexicans with high school degrees are jobless or underemployed, and many will not escape poverty. Of Mexico’s 34 million people under age 30, roughly half are poor, according to official figures.

Of course, the drug cartel–linked violence and crime is always in the background, especially in Nayarit, a Pacific coast state where drug trafficking organizations are powerful.

Crime is a universal worry, but the anxieties of many young Mexicans focus most on whether or not they will make a decent living.

Naya, the business student, along with classmates and a teacher with whom she sat near Ahuacatlan’s main plaza recently, agreed that only one thing could help them achieve security and prosperity: a “palanca.” The word, which translates to “lever” in English, is Mexican slang for someone highly placed in government or business who has the leverage to help a relative or acquaintance land a job.

Students pursuing studies after high school are supposed to be the lucky ones in Mexico, since less than 17 percent of the population goes on to post-secondary education.

The fear of students like Naya pursuing professional and vocational degrees is that without a palanca, their striving will result in no more than dead-end jobs that offer little real stability. Many jobs obtainable with job market-oriented degrees pay as little as $1,000 a month (roughly 12,000 pesos). Twelve thousand pesos is enough to provide a single person in this country with a fairly comfortable standard of living, but not enough to support a family.

The fact is that a post–high school degree no longer represents a route to financial stability and personal fulfillment in Mexico. That’s a major shift compared to the experience of previous generations, for which such a degree guaranteed a measure of prosperity.

“I think that as a country we have lots of possibilities, but we haven’t learned how to take advantage of them,” says Elizeia, a 20-year-old who is studying for a technical career in the food industry.

The government could help steer Mexico’s economy to provide more opportunities, she adds, but “government officials just look out for themselves.”

Elizeia’s degree focus, mainly on preserving and packaging food items on a large scale, speaks to where the jobs are in Mexico: in the export industry. Many degree programs are oriented around the need of transnational companies for technically competent employees to staff their operations oriented to international markets.

Like Elizeia, many young Mexicans are tempted by new fast-track degrees in these novel specializations that are supposed to get them into the job market more quickly and easily. They are discouraged from more traditional degrees in the law, engineering or medicine by the feeling that only a palanca would guarantee them admission, and later, a job.

Also, the new vocationally-oriented degrees such as those in business and food industry—which are offered at private and public universities alike—require only a handful of years of study and can be done part-time, since the workload is fairly light.

In any case, once Mexicans finish their university studies, they are often funneled into futures that fall far beneath their expectations.

“If I could, I would leave this country,’’ says Rafael, a 32-year-old who graduated with a degree in psychology, but is barely making ends meet with a job as a high school teacher. “Life is not what it used to be and there are very few opportunities to raise a family in this country if you don’t have palancas.”

If you live in Mexico and have no palancas you are pretty much a nobody.

Sometimes, you even need a palanca to get married or baptize your child.

Palancas in Mexico are a commodity and those who have them use them because at the end of the day, they are the fastest, cheapest, and most effective way to solve a problem and overcome life’s challenges.

“We have lost track of our own values,” says Elizeia, the food industry-bound student. “Honesty has very little meaning.” She says honest citizens are prey for scoundrels in positions of power, who sell their influence in an endless cycle of patronage, nepotism, and influence peddling.

True, she says, friendship is still alive, family is still sacred, but beyond these boundaries if you want to be at the head of the line, whichever line that is, you need a palanca.

45 years after a deadly UCLA shooting

While Chile’s 33 are saved, 2 of 4 Ecuadorian miners found dead