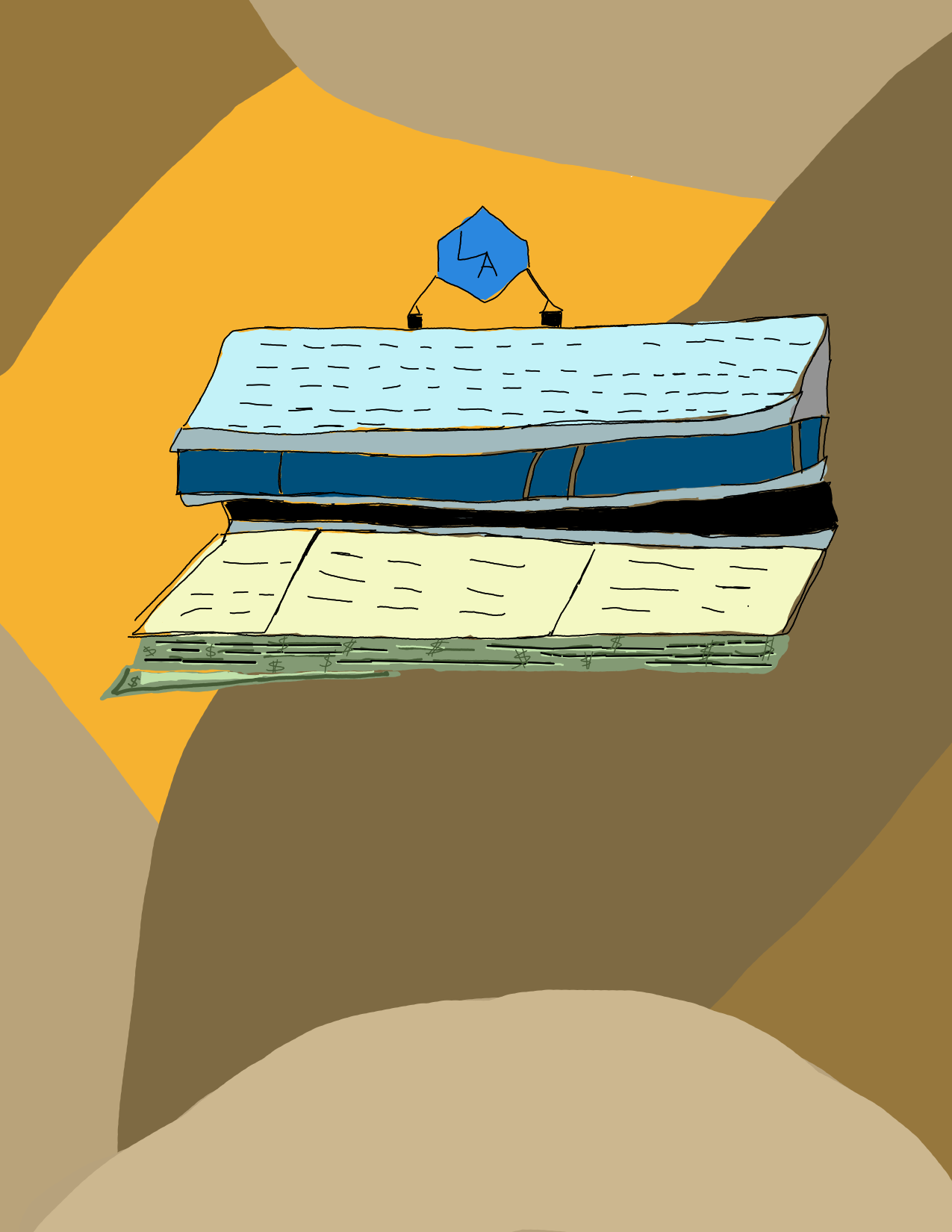 [CW: mentions of suicidal ideation and the adverse impact of displacement on mental health]

The Los Angeles Dodgers won the World Series for the first time since 1988. The city erupted in fireworks and huge crowds to celebrate. In honor of this anticipated moment, it is worth remembering the families that once resided in the small barrio, Chavez Ravine.

Chavez Ravine was a small town located a few miles away from Downtown Los Angeles. Generations of working class Mexican-American families occupied its main three neighborhoods: La Loma, Palo Verde, and Bishop. The residents of Chavez Ravine built their own homes, schools, and churches, and lived in peace, unbothered until the summer of 1950.

The American Housing Act of 1949 provided funds to construct 10,000 new public housing units in Chavez Ravine. Residents received letters from the city telling them to sell their homes to build Elysian Heights developments. They were promised access to these housing projects after their completion. Some residents refused to leave, while others relinquished their homes for a small amount of monetary compensation fearing they would get even less money if they opted out and trusting that the city would fulfill its original promise. Using eminent domain and forced evictions orders, the city successfully cleared the land, and Chavez Ravine became a ghost town.

The housing development was then canceled, and the Dodgers’ owner, Walter O’Malley, made a deal with the city to build Dodger Stadium. Bulldozers and sheriff deputies invaded the community and kicked out the remaining families on May 9, 1959—a day known as Black Friday to the residents of Chavez Ravine.

In the documentary, Chávez Ravine: A Los Angeles Story, former resident Beto Elias reveals that he witnessed his school, Palos Verde Elementary, be torn apart by bulldozers. “In a thousand years, they are going to start digging and find a school down there,” he stated.

Dodger Stadium officially opened three years later on April 10, 1962. The Dodgers instantly developed a large fanbase, and the small town that once existed was long forgotten in all the fame.

Thousands of people visit the Dodger Stadium annually since it first opened, but others, like the residents of Chavez Ravine, swore to never step foot in the stadium. Another former resident, Carol Jaques, states, “It’s like dancing on a grave,” since most of the town’s remains are buried underneath the stadium.

After they lost their homes, the residents were forced to settle in the surrounding neighborhoods where they faced a new set of challenges. For example, Silver Lake— a white majority community at the time— was anti-Mexican, signs read “Mexicans get out.” They made it extremely difficult for Mexican families to live in the area by enforcing redlining and other discriminatory practices to maintain residential segregation.

Carol Jaques and her family were among the first Mexicans to live in Silver Lake. Carol reveals that the transition to an all-white community was a culture shock, and racism took a toll on her self-esteem as she grieved the loss of her old home.

Selena Ortega, a scholar who studies Chicano Studies, researched Mexican displacement and conducted an interview: Chávez Ravine and Boyle Heights: 20th and 21st Century Displacement of Mexican Communities. In the interview, former Chavez Ravine resident,  Carol states: “First you get that immediate shock of where you are that is so different. Then, it’s the loss of your friends, the loss of what you do every day… I really think I just wanted to die, I became very self-destructive.”

Chavez Ravine provided a safe place where Mexican families like Carol’s felt like they belonged, and when it was taken away, they lost a part of their identity.

Today, many people have no clue that this town existed. Amid the Dodger’s Championship, we must pay tribute to the communities of Chavez Ravine that made it possible for us to enjoy baseball games. The team brought the city together, but it came at a very high price that can’t repair the damage done to the former residents of Chavez Ravine. All that remains are their untold stories that lay buried along with their town.

Keep this story alive and preserve this history, by watching Jordan Mechner’s documentary: Chávez Ravine: A Los Angeles Story to gain a better understanding of how Mexican families have been historically displaced and continue to be today.

Write for Your Eyes Only

A Case for Television
Scroll to top