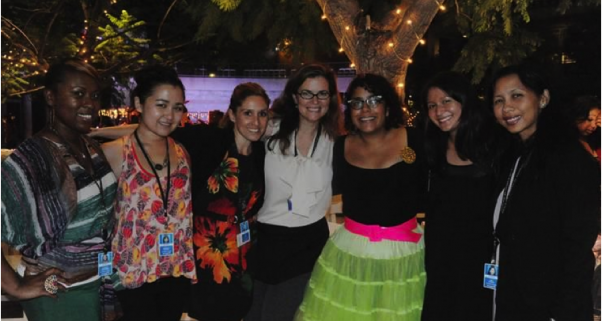 In an economy where jobs are scarce, it’s almost a requirement for college students to get an internship to show some work experience on their resumes. However, during my college years I’ve regretfully had to turn down a few internships that could have benefited me. Why? Well, simply put, I couldn’t afford to work for free.

The term “free” might be a bit controversial for employers who deny that their interns gain nothing. In their opinion, instead of an income, interns gain valuable work experience and even academic credit. While that may be true and definitely beneficial, this limits the kind of students who can access these internships. It limited students like me.

Coming from a low-income family I relied heavily on scholarships, grants and even loans to pay for my tuition and cost of living. So, when it came to internships I knew it would be tough because most internships were unpaid. Trying to find paid internships was like looking for a needle in a haystack. And on top of finding a paid internship to apply to, I had to worry about the hundreds of other applicants competing for that same position.

Needless to say, finding a paid internship was exhausting and stressful. Luckily, I did find an awesome paid internship! I am very thankful for the experience and wonderful people that I met –something I hope every college student gets the chance to do.

Although I strongly believe that internships are great ways to boost your resume and even land a job after graduation, I do not condone companies who do not pay their interns a cent.

I feel that unpaid internships are unfair to those who simply can’t afford to work without getting paid. Even worse, if a person is qualified, preference is often given to the student willing to be unpaid. Without an internship, students have less of a chance getting a job once they graduate. This adds even more pressure to their looming graduation date.

According to CNN reports, students accumulate an average of $35,200 in student debt. Therefore, taking out more loans and asking parents for more money just to get through a summer internship adds to this number and hurts students even more.

CNN also found that most college grads under 25 face an 8.8% unemployment rate. As a result, students from lower income families are put in a tight spot: accepting an unpaid internship and taking out more loans, only to graduate without a job. This is the harsh reality for many college grads, and it only makes the value of internships even greater. But it has also begun to create resentment among college students.

Interns at the White House have been lobbying to get paid for their 40 hours a week. Admittedly, this particular example shocked me because I assumed that the more established and well-off companies are, or in this case, the government itself, took better care of their interns. However, even the highest on the totem pole prefer free interns.

I sincerely sympathize with all college students who are forced to take unpaid internships, especially those who have to bury themselves in even more debt, or like me, reject internship offers. Although I strongly encourage internships for work experience, I do not agree with companies that do not pay their interns. Even a minimum wage salary would suffice. That way, instead of taking someone’s order at McDonald’s over the summer, students could at least gain valuable experience and pay.

I hope that the future of internships for college students will improve, so that they may gain the experience they desire— and, earn a little cash while they’re at it.

Looking for scholarships? A Resource for Latino Students

The lucha libre culture that is Latino mental health
0 replies