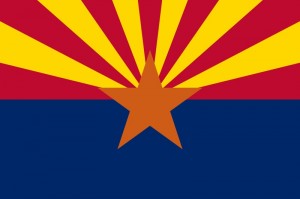 PHOENIX, Ariz. — In the last photograph she sent her parents, Sandra Ortiz looks happier than she really is. “It’s the big immigrant lie,” she explains. “If they only knew how many times you cry.” For the past nine years, she has lived her life between four walls, waiting for the promise of immigration reform.

Now, she says, “The best thing is to have a plan in case you get deported.”

The news that 90 days after the end of the legislative session, a law will criminalize undocumented immigrants in Arizona — and give the police the power to investigate their legal status based solely on the way they look — made her change her plan.

Owners of shopping centers, car lots, banks, money wiring services, and even the Mexican Consulate in Phoenix, are witnessing the rise of “self-deportations,” generated by intimidation among the immigrant population in Arizona in recent years.

Laws such as those enforced by Sheriff Joe Arpaio of Maricopa County, who has made it his mission to persecute the undocumented, have caused hundreds of families to leave the city.

Phoenix consular officials have reported receiving as many as 94 applications to transfer school credits from the United States to the Mexican school system.

“It isn’t courage … it’s tiredness. Really, you get tired. You’ve already been persecuted for nine years,” stresses Ortiz, a mother who overcame her fear and came out to protest SB 1070 which was signed into law on Friday by Arizona Gov. Jan Brewer.

Combined with the economic crisis and mortgage meltdown, James Patchmir, an economist and financial expert, believes that anti-immigrant sentiment could lead to the “self-deportation” of dozens of families.

“From the economic point of view, the damage will be considerable” if a large number of immigrants leave, Patchmir said. “Various studies show that Arizona is the state that receives the most taxes from businesses that send remittances to Mexico. We’re talking about more than $5 million.”

“The governor said she didn’t know what an undocumented immigrant looks like, but the police do and that’s why this law was approved. But I look just like my mom and she doesn’t have papers,” Clara Preciado said angrily.

The current law in Arizona, as in most states, does not allow the police to detain someone under “suspicion of being undocumented” and even criticizes police departments if they cooperate with federal investigations into immigration status.

But if the new law is not overturned by early August, when it is slated to go into effect, local authorities will be able to send an undocumented immigrant to be deported in a matter of hours.

Faith, however, persists. On Saturday, dozens of religious groups joined in a vigil to pray for the elimination of the law.

In a radio interview, the Maricopa County Sheriff welcomed the adoption of the law and predicted that other states would follow suit.

“You’re going to see a lot of interest from Washington politicians, because I think they’ll be afraid that other states follow our lead,” he said.

Immigrant advocates agree that besides the economic effect, the law could worsen the already tenuous relationship between police and Latinos.

“This is going to lead to a sanctuary for criminals,” warned Magdalena Schwartz of the Alliance of Valley Religious Leaders, who claims that immigrants will be afraid to report a crime for fear of being persecuted.

Opponents of the law left more than 11,000 phone messages for the governor warning of the law’s repercussions.

Hermenegildo Romero, who works at a hotel in an east Phoenix neighborhood, believes, like some of his friends, that it could be getting close to the time to go back.

“I tell my wife that maybe they did us a favor. We’ll be f—– if we stay here. She used to say we should put up with it for the sake of the kids, but now they’re going to go after them,” said Romero.

Several organizations have stressed that they will exhaust their legal resources to make sure that SB 1070, like Proposition 187 in California, will never go into effect. But in Arizona, home to an estimated half a million undocumented immigrants, with or without the law, hundreds of Latinos face deportation.

Uranium in the Mix: Friction between the U.S. and Iran

Out of the Shadows and Into the Light
0 replies