My name is Emilia Acevedo and I was born and raised in Mexico City until age 15 when I moved to California to attend a boarding school. I remember at school when I told a friend that I was from Mexico, he asked if we have Domino’s Pizza or Amazon. Of course, my immediate response, in a slightly offended tone, was “Yes. Yes, we do. We also have McDonald’s and Starbucks,” to which he responded, “Wow, that’s amazing!” while looking like a five-year-old at Disneyland for the first time. It is easy to forget that a lot of assumptions are made about Mexico – its food, its people, and what others think it is despite not visiting it (or not doing so properly). There is a very particular feeling to it when you’re around the people or are in the places you never even imagined existed there. I have found that most often, it is very convenient to have someone who lives in Mexico and knows its particularities and non-touristy features to show you around in what my dad calls, “The Real Mexico.”

Since I left, I have never been able to look at Mexico the same. By being away, I realized all of the special aspects of my country and its people, qualities that you cannot find anywhere else. Because of this, I choose to write about the special, unknown places of Mexico City to share some of the hidden gems of this beautiful country – and what better way to start than with food! Now, I know I said that a lot of assumptions are made about Mexican food, but the dish I will tell you about today is very much “worth the hype.” No, it’s not tacos, but quesadillas – the easy, number one, go-to meal that can be eaten for breakfast, lunch, dinner, and everything in between. There isn’t much to quesadillas. Most of the time, they are just a folded tortilla with melted cheese inside. But, oh my, can they be different depending on who makes them and how they make them.

Behind one of the most visited churches in Mexico, La Parroquia de San Juan Bautista, and in one of the colonial municipalities of Mexico City, is a literal hole-in-the-wall called “Mercado de Comida Coyoacán” that has up to a dozen small stands where most sell quesadillas. 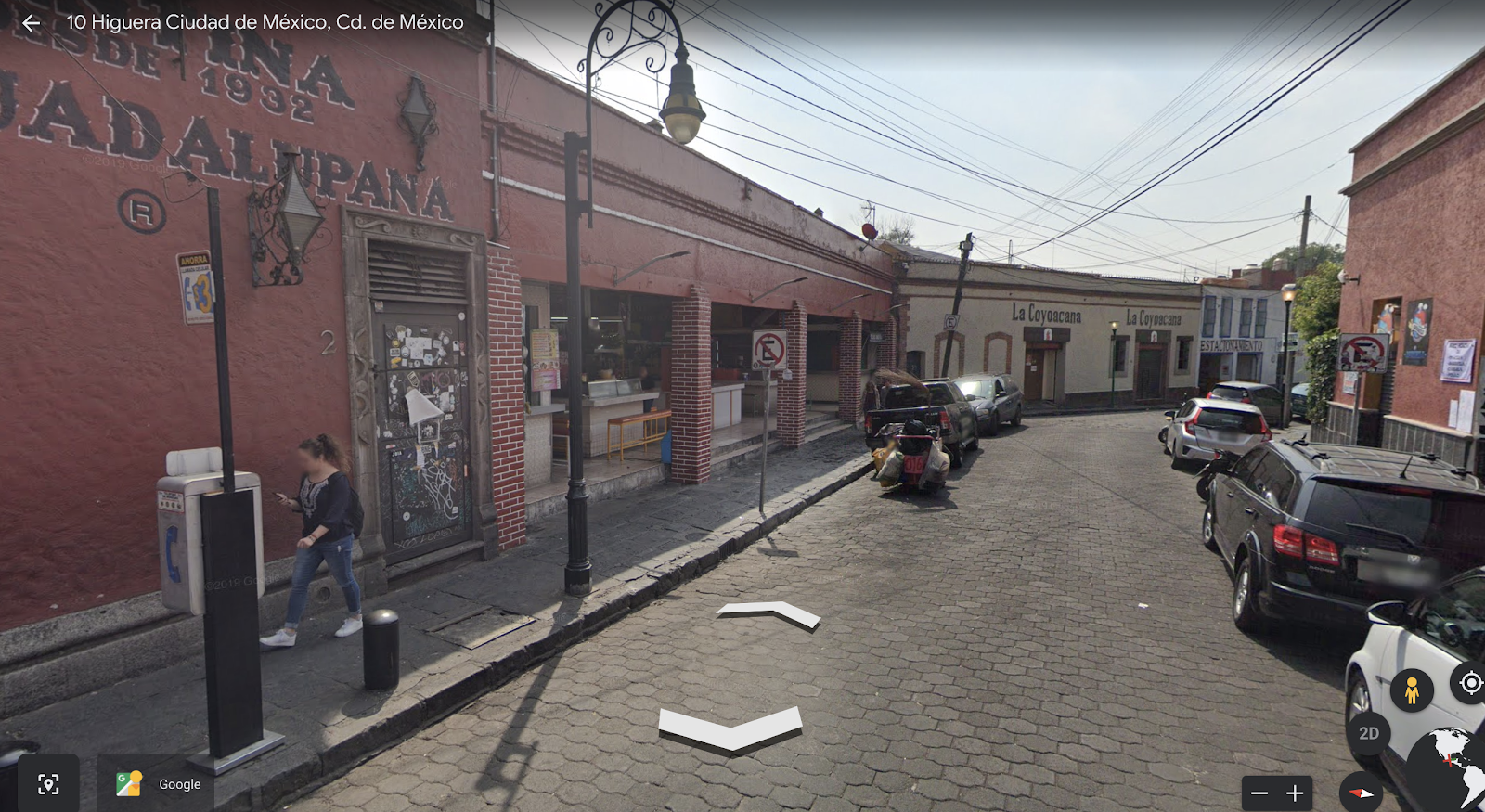 My favorite stand, owned and run by la Señora Irma and her family, used to have at least 20 people around it at all times before the pandemic, with everyone attempting to take a seat on the benches around the stand or simply eating while standing up. However, due to the pandemic, they were forced to close with no income from April to June. Today, only six customers are allowed per stand at all times, but la Señora Irma and her family said they are just happy to be back and working. 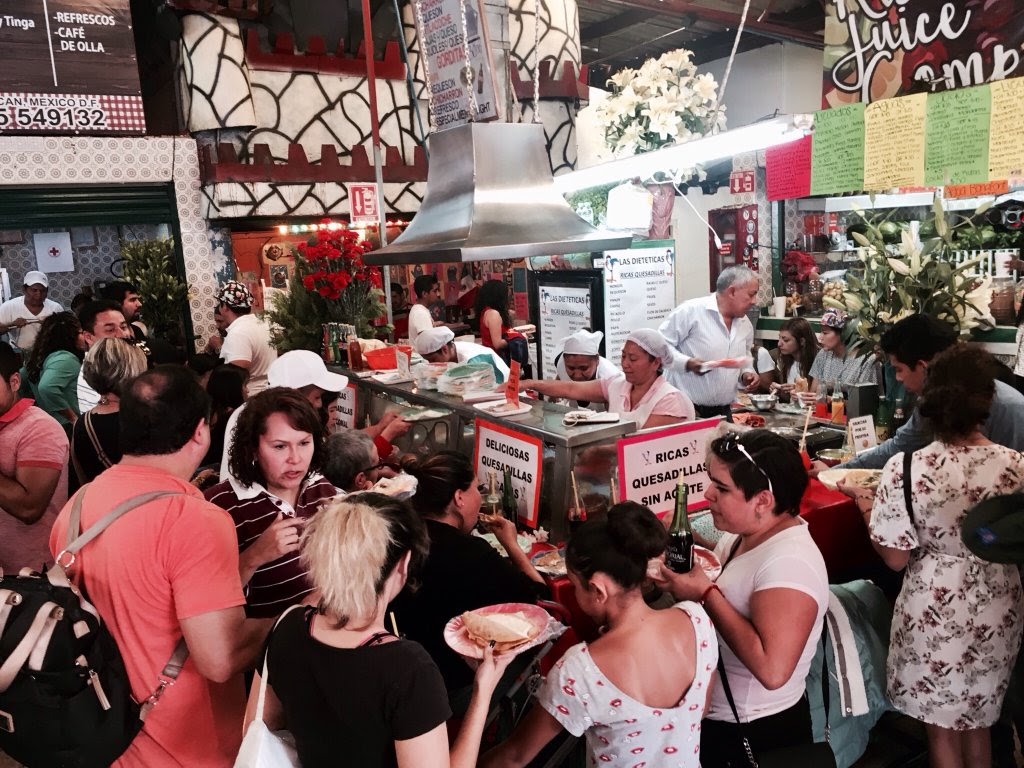 Photo by Francisco Moned on TripAdvisor

To order your quesadillas, you write on a piece of paper what ingredients you want inside of the tortilla. Within five minutes of placing your order, you’re served your quesadillas freshly made with the most beautiful cheese pull you will ever see when you take a bite. 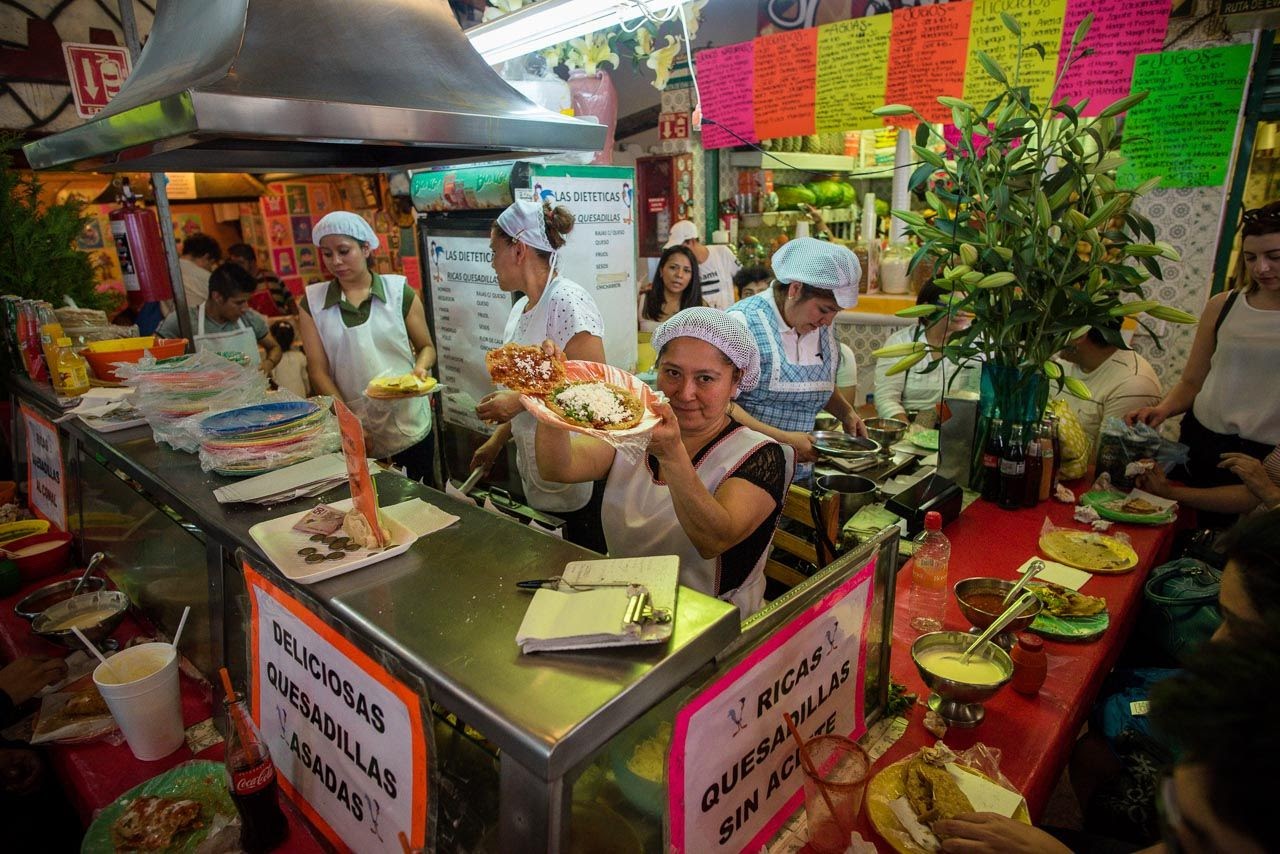 They have two different types of very spicy salsas, a bowl of cheese, and a bowl of sour cream on the counter to put on top of or inside of your quesadilla with a fridge full of popular sodas like Coca Cola, along with noncarbonated drinks like guava or mango concentrate. The list of ingredients you can add to your quesadilla, and their translations/descriptions, are as follows (you can add cheese to any of the ingredients for the quesadillas or pick your own two ingredients to mix); 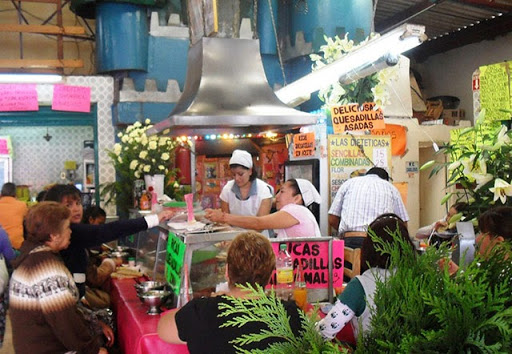 The food sold here is given the name comida corrida. Its closest translation being “running food” since it is served quickly for the people that work in the area and have a short lunch break. Comida corrida is terribly underrated, often thought of as dirty or low quality, but Señora Irma‘s quesadillas are most definitely not dirty nor is her food low quality. I don’t think it is an overstatement to say that on most days I would much rather eat there than at a high-end restaurant. Unfortunately for me, if I did, I would most likely end up gaining a pound or two since their dishes are made out of very heavy corn dough. The cheese that is used for quesadillas is called Queso Oaxaca, and it is a moist, mozzarella-like cheese, only saltier. It also contains a lot of oil so it is certainly not the best for people who like to count their calories, but if it’s your cheat day, it’s definitely a must. However, you can choose whether you want your quesadilla fried or simply cooked on a comal (a flat griddle) as they have a menu called Las Dietéticas (the dietetics). Overall, Mexican food, and especially comida corrida, is not very diet-friendly, but if you’re traveling all the way over here, then why not have it? I promise you, it’s worth it.

To travel or not to travel: Mexico
0 replies

Lo Que te Diría if I Knew How