As a young male of color from the urban community of Los Angeles, I have been bred to be weary of the police. From the time I was a young teenager able to drive, I have been pulled over numerous times without any probable cause.

I am not alone. The overwhelming number of stories of racial profiling and repulsive abuse of power are enough for me to live in a state of alarm.

I have witnessed the brutal assault on our civil rights by police from the Rodney King Beatings to the revelations of the Rampart Case in 1999 to the more recent Oscar Grant slaying at a BART station in Oakland.

Most of these officers were not put to trial and many walked away with a slap on the wrist.  One exception is the officer that shot Oscar Grant in the back of the head.  While he was found guilty of involuntary manslaughter, he only served 11 months in jail much to the chagrin of the Grant family.

Recently in the city of Fullerton, the police department has come under fire because of their heinous attack on a homeless and mentally ill individual.  Six officers brutally attacked a man who they presumed to be a perpetrator, while a group of citizens watched.

According to reports from the Huffington Post, a homeless man was sitting when the police approached him and he ran off.  When they caught the homeless man, the police began to pound his face on the curb, beat him, and hog-tie him.

The man would later die from his injuries and the police department is now under investigation by the FBI.

There were 6 police officers present but only two were charged with any wrongdoing. Officer Manuel Ramos and Corporal Jay Cicinelli were the two officers who most viciously attacked Kelly Thomas. Ramos beat him while Cicinelli tasered him.  Since being charged with the death, both men have been freed on bail, although Ramos is facing stricter charges.

How is it that the other four police officers are not charged?  They are just as guilty as their peers because they witnessed the murder of an individual.

These police officers are paid to protect and serve the public, but that night they refused and were rewarded with paid leave. They stood there as a man was beat, tasered, and choked.

What is wrong with the police?  Have they lost their human perspective?

I propose that we start holding the police officers to the same laws to which they hold everyday citizens. If a police officer kills an individual, there should be no reason why a thorough investigation should follow.  If any misconduct is found, then I believe that police officer must face a jury.

Too often their authority goes unchecked and citizens suffer the consequences.  Until their power is checked, there is nothing protecting us from their abuse. 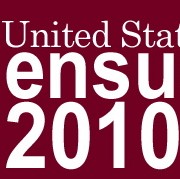