Bici Libre translates to “Free Bikes,” but in actuality it “frees bikes” that are left to rust on bike racks.

Bici Libre located at 6th and Lucas Ave in Los Angeles is a bike workshop organized through the Los Angeles Bike Coalition.  Bici Libre wrangles abandoned bikes from different institutions like surrounding universities and MTA to repair and redistribute abandoned bicycles to low-income communities where bicycles are a major source of transportation.

Mostly volunteer-run, Bici Libre is funded by a grant from the LA County Health Department through the Center of Disease Control.  Bici Libre also functions as a venue for bike workshops and a space to for people to fix their bikes under the guide of mechanics for a marginal donation.

This year Bici Libre collected 9 bicycles from UCLA.  Rafael Guerrero and Edwin Aguilar, volunteers, on a appreciate having a safe place and an inexpensive alternative for bike repairs, or in case of a bike theft, an inexpensive replacement.  Roger Mora, also a volunteer, uses Bici Libre as an alternative to being on the streets.

Bici Libre is continually looking for volunteers, donations, and abandoned bikes.  It’s a bike shop for the amateur and the advanced, and for the socially conscious and anyone who wants to help the community. 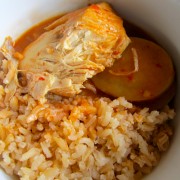