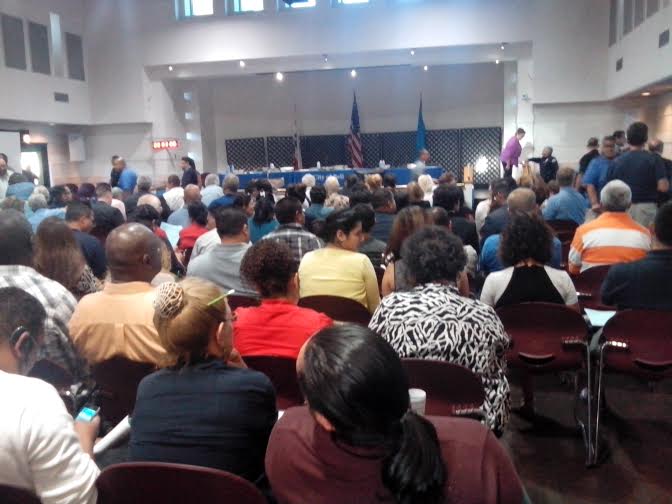 More than 100 Los Angeles and City of Bell residents packed the City of Bell Community Center Wednesday evening to discuss a letter from the Salvation Army proposing to open a 30 day shelter for 137 Central American children. Thousands of children from Honduras, El Salvador, and Guatemala have recently made the dangerous journey from Central America to the U.S to flee gore and corruption that has plagued their countries.

Though the Salvation Army’s proposal is humanitarian at heart, many residents at the meeting argued against it.

A Bell community member remarked during public comment, “These people coming into our country are breaking the law. I am totally in disagreement of having these children here. These parents should have the responsibility of protecting their children. What they did is kick them out to the streets like dogs. I am in total disagreement of that.” 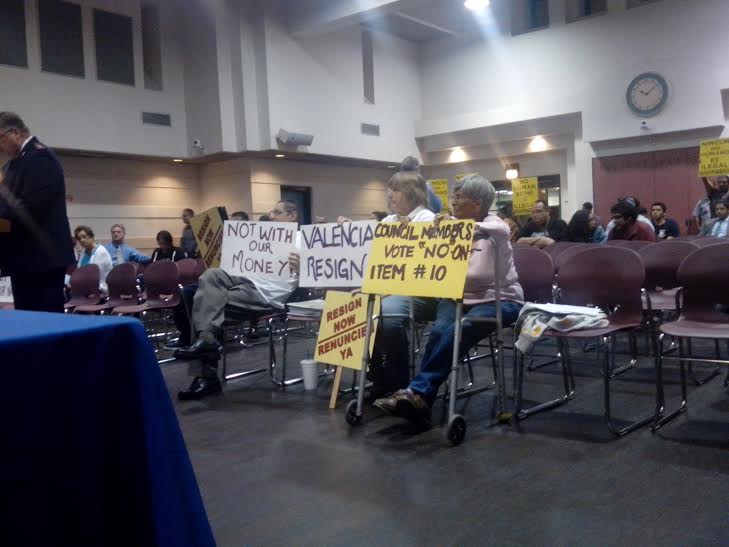 Some residents spoke up in favor of housing the children in the currently abandoned warehouse that is owned by the Salvation Army. One speaker commented, “We are all products of immigration. Each and every one of us. When Murrieta residents spoke with xenophobic attitudes against these children, who have been redirected to a Detention Center where they sleep sitting up, 30-40 in a room, they do not understand the traumatizing experience of being an immigrant. Of being new again in the U.S.”

After three hours of public comment, the City Council unanimously voted on supporting the effort to turn an abandoned building into a temporary refuge.

Like many cities and neighborhoods in Southeast Los Angeles, the City of Bell is a city of immigrants, primarily Mexican and Lebanese.

This decision does not automatically mean that the warehouse will be turned into a shelter just yet.The vote was to support a letter the Salvation Army drafted to receive federal funds in order to build and upkeep the shelter. The shelter will be built once those funds are received. Bell residents will not be paying a dime.

“I think the community of Bell is a compassionate community, full of kindness and understanding,” Mayor Nestor E. Valencia said. “While not wealthy, we can come together in this humanitarian effort and be a fine example of ‘America the Beautiful.’ ”

Chicano Batman at the Getty
Scroll to top