As the orange summer sun began to fade into darkness, a string of twinkling lights radiated throughout the Skirball Cultural Center’s courtyard for the second performance of their annual Sunset Concert Series. On Thursday, July 30th, the Skirball hosted the talented Cuban group Conjunto Chappottín y Sus Estrellas. Standing from the balcony, I was able to get a great view of the entire audience sharing in this wonderful musical experience. Both young and old made up the group and I could tell right away that it was going to be a night with lots of dancing. 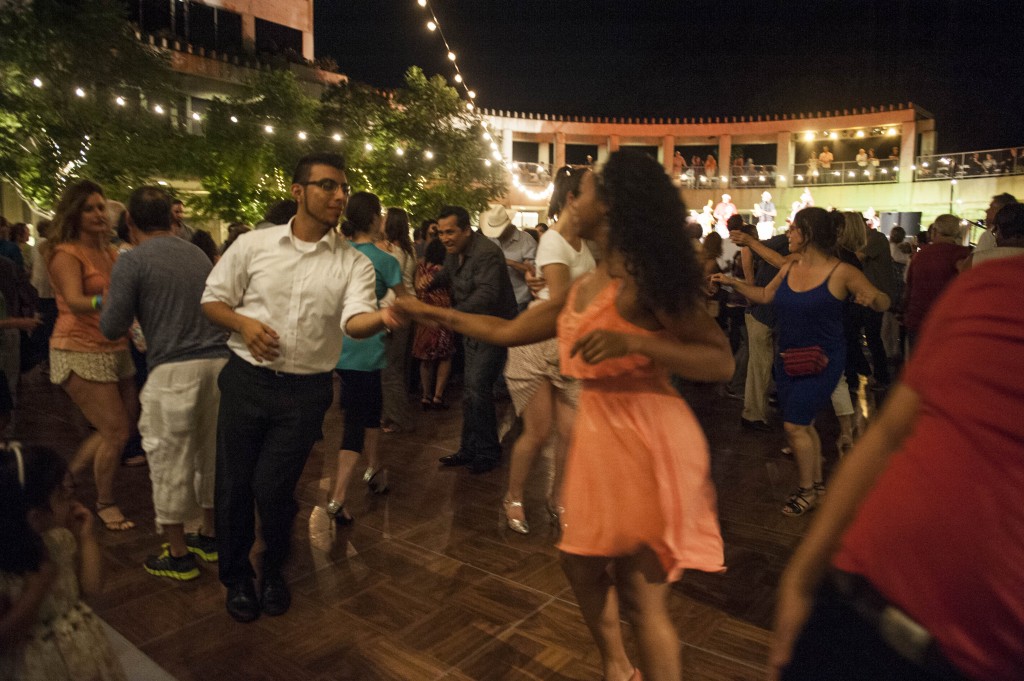 Women wore their twirling dresses and pumps for dancing. The men, on the other hand, impressed the crowd with their fashionable blazers and button-ups. Once the group finally made their appearance, the crowd cheered and eagerly searched for their soon-to-be dancing partner. Within a couple of minutes of the first song, we were informed the event was officially full and could not accept any more guests. It was definitely a blow-out show!

When I finally made my way to the dance floor, my obvious inexperience became apparent to me and I was frozen in awe. There were many couples who could have very well been professional salsa dancers. All of the spinning, stepping, stomping and quick movements made me dizzy. Their bodies moved so effortlessly to the beat of the drums and the whistle of the trumpet, that I could not help but feel a little envious. However, I spotted a neophyte dancer (about two or three years old) in the crowd dancing with his mother. His small legs could hardly keep up and he stumbled a few times. However, he and his mother laughed and smiled at one another clearly enjoying the music and ambiance, despite a few wrong steps.

After a few songs, the group needed a break (the dancers, too). During this time, the audience was introduced to the various members of the group that made all the musical magic happen (there were a lot, too!). However, this small interlude made me nostalgic for my own family dance parties. It rekindled my memories of my cousins or uncles playing the bongos while my grandmother rhythmically moved her body to the music. This moment was extremely intimate, and a special way to get to know the group.

When the music finally started again, I decided it was time to stop being a spectator and start being a dancer. After stepping on my partner’s feet a few times (sorry Marcel), I got the hang of it and enjoyed all of the spinning and stepping that intimidated me earlier in the night. When Conjunto Chappottín y Sus Estrellas’ set came to an end, the audience applauded appreciatively for a fun night. Walking off of the dance floor, I smiled. I thought about how wonderful it was to dance beneath the stars–spinning, stepping, and stomping like one of the experts.

All photos are courtesy of Skirball Cultural Center | Photo by Timothy Norris. 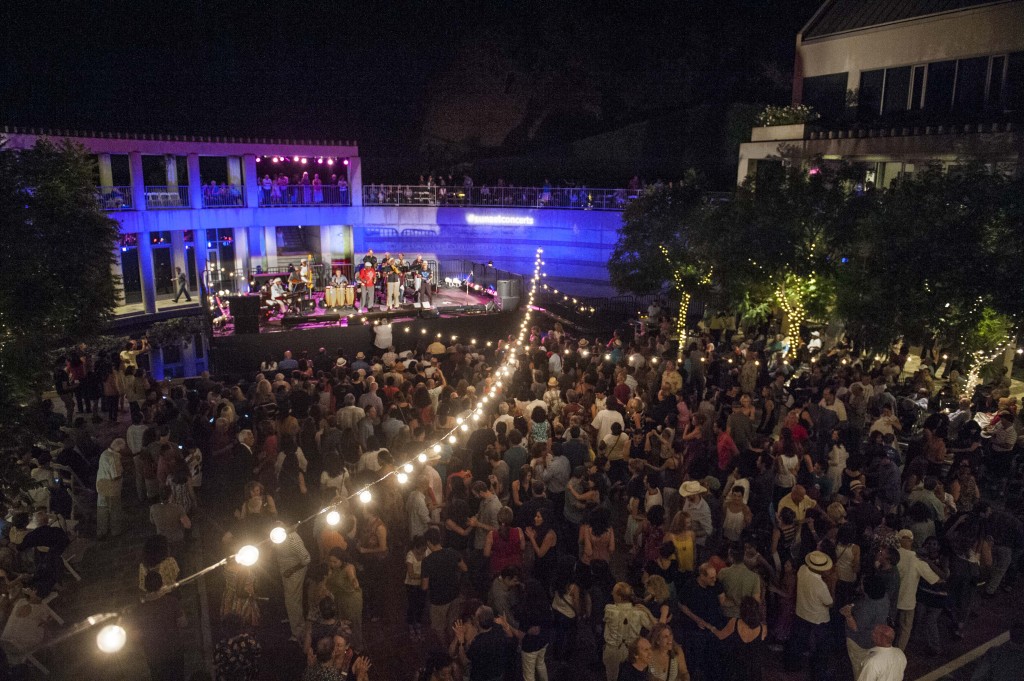 San Diego Mobilizes in Solidarity with Palestine
Scroll to top