San Diego is known for being a more pacific and less hectic region than Los Angeles. However, a group of San Diegan activists were ready to politically shake up the region. During the past weeks, there have been more than five pro-Palestinian rallies and other organizational efforts in San Diego with the purpose of showing opposition to the Israeli occupation and actions in Gaza.

On August 7th, 32 socialist, students, and community members gathered in City Heights Community Center to create a forum addressing the Israeli occupation on Palestinian territory.  The San Diego branch of the International Socialist Organization, in collaboration with the San Diego State University (SDSU) branch of Students for Justice in Palestine, created this forum in which three panelist shared their thoughts on the Palestinian-Israeli conflict and their experience as pro-Palestine activists. 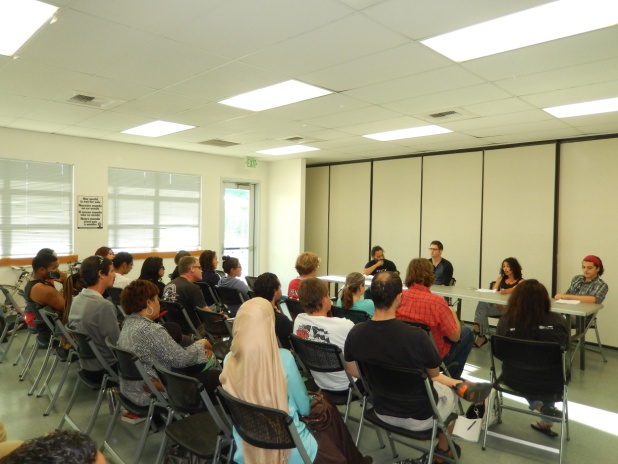 Osama Alkawaja, a student at SDSU and the president of the Students for Justice in Palestine, was one of the panelist who had spent time in Palestine before the conflict intensified. He said that witnessing the raids of Palestinian homes by Israeli soldiers first hand revitalized his efforts to create a pro-Palestinian solidarity movement in the United States. “There are oppressed and oppressors… There are those who support the status quo and those who set to change history,” Osama said.

Lorain Riham, another panelist and pro-Palestinian activist, addressed the dilemma regarding the right of Palestinians to engage in arm resistance.  “When 10 thousand homes are destroyed… should they submit to their oppressors? At what point do Palestinians have the right to resist?” Lorain said.

On August 8th, around 150 people participated in a rally in front of the Edward J. Schwartz Federal Building. The rally started at 4:00  P.M. and it lasted for more than three hours. The event was organized by Al-Awda: The Palestinian Right to Return Coalition, with participants from Students for Justice in Palestine at SDSU, the Palestinian Youth Movement, and other organizations.

Bo Elder, member of the International Socialist Organization, also participated in the rally because he believed It was important for people to speak out against U.S. and Israeli crimes against Palestinian people.

Protesters also interconnected the Palestinian-Israeli conflict with other struggles. Enrique De La Cruz, member of Colectivo Zapatista (an organization in solidarity with the Zapatista movement in Mexico), participated in the rally in solidarity with the Palestinian people and the indigenous Zapatista movement in Mexico. “I think the struggles is worldwide connect. If you think of the Zapatistas, they struggle and fight for the same thing Palestine fights… indigenous people who live in their land are being kicked off of their land,” De La Cruz said. 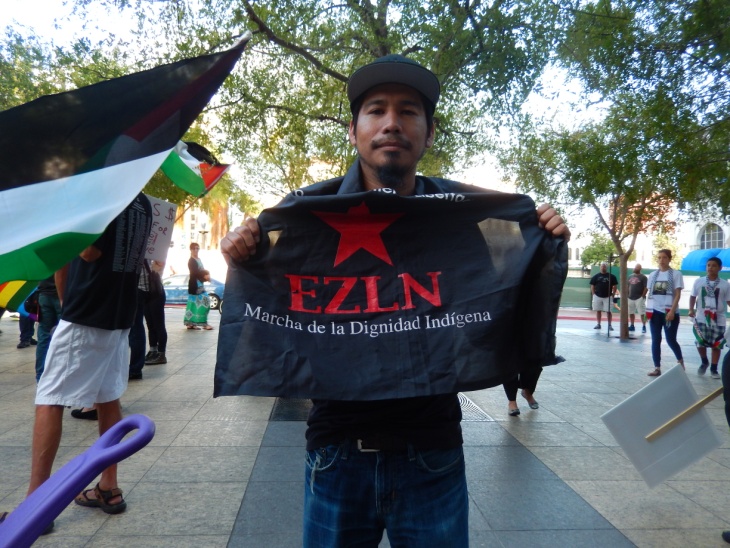 Nesser Barghoute, member and director of the San Diego Boycott, Divest, and Santion Committee, explained the demands of Palestinians toward the international community during the rally. “The Palestinian civil society, which means organizations for students, and women, and farmers, and unions in Palestine, in 2005 came out to the call and ask the whole world community to follow the example of the pressure movement that was built in the 70’s and 80’s against apartheid in South Africa…[to create] a pressure movement internationally for Palestinian rights and the movement goes for three tactics: boycott, divestment, and sanctions,” Nesser said.

Boycotting and divesting means that society and institutions will not use products or services from companies that are directly profiteering from the Israeli occupation in Palestine. The demand for sanctions are demands towards governments to restrict international cooperation, such as trade and weapon supply, with Israel if the occupation continues.

Among the demands of the protesters was the end of the military occupation of Gaza and the West Bank, and also the end of what they considered a system of apartheid discrimination inside Israel against non-Jewish citizens. Furthermore, they emphasized the need to allow Palestinian refugees, that were moved out of Palestine in 1948 and 1968, to go back to their homes. These group of activists are planning to continue protesting and organizing until the occupation ends. 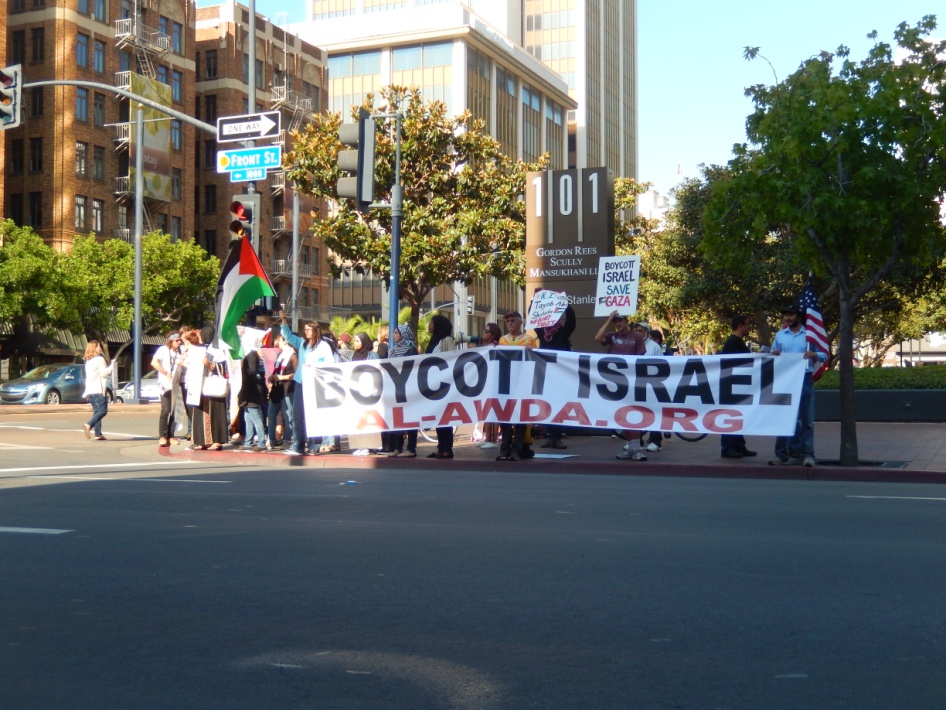 May Day 2011: Where have all the hand-written signs gone?
0 replies