The Great Wall of Los Angeles is a half-mile mural in the Tujunga Flood Control Channel of the San Fernando Valley that reveals the underrepresented histories of ethnic California. Though the mural shows moments between the Pre-Historic Era and the 1950s—years beyond my birth date—its message remains relevant to me: Ethnic peoples’ voices matter.

The content I learned during the Discover L.A. Bike Tour of The Great Wall of L.A. made me reflect on my K-12 California public school education, and what I was not taught about California’s history.

The reality is I was exposed to more ethnic history during this tour than I ever was in my time in public schooling. 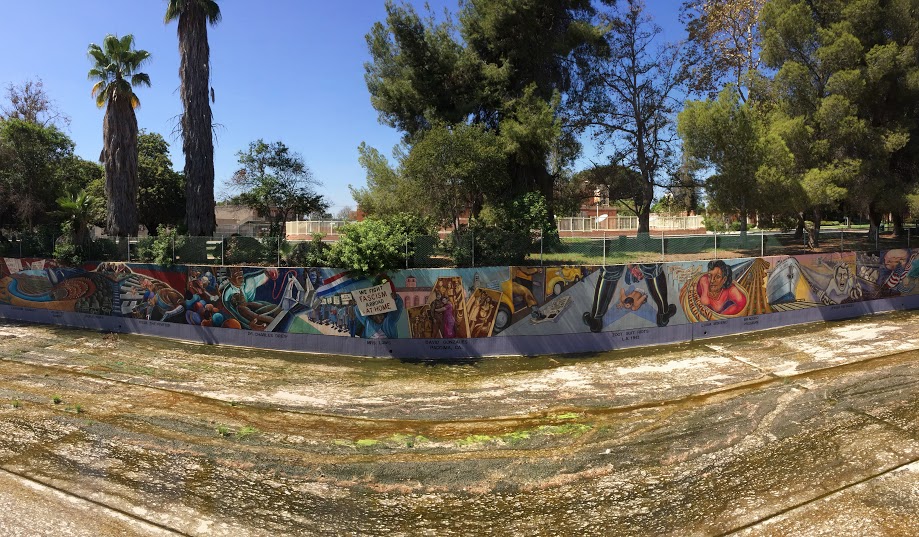 Often this mural is acknowledged as a monument to inter-racial harmony, both in how it was developed and in its aesthetic. However, I think it’s also a monument for what it can spark. For me it reinforced my passion for Ethnic Studies–the interdisciplinary study of ethnic groups. I grew eager to learn more and at the same time I thought how incredibly empowering it would’ve been for me to have Ethnic Studies in my public high school.

Middle school and high school were composed of me hating reading. Instead I wrote stories that were relatable to me. I didn’t read any ethnic literature. I didn’t even know that such writers of color existed. If I did read about ethnic groups, it was written from the perspective of a white male.

In essence, The Great Wall of L.A. is a claim for ethnic existence. The perspectives afforded to me throughout this mural made me think about how painful it is to reimagine these histories, but at the same time how necessary it is to learn them. 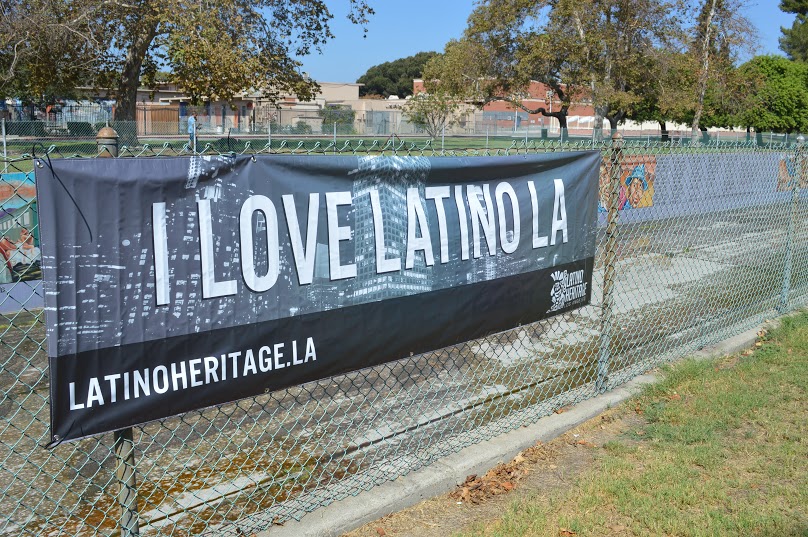 In California, where about three-quarters of students in K-12 public schools are non-White, Ethnic Studies are rare. I can attest to that. I never came across history from the perspective of ethnic groups and neither has my younger sister nor my cousins.

The National Education Association, in its research review “ The Academic and Social Value of Ethnic Studies,” reports that an overwhelming dominance of Euro-American perspectives lead many students to disengage from academic learning.

The NEA adds that since the 1960s, educators, scholars, and activists have pressed schools, districts, and textbook companies to produce curricula that is representative of the U.S.’s diversity. In the 1970s and 1980s, when The Great Wall of L.A. was completed, textbook publishers addressed Euro-American biases and ethnic group stereotypes that were being perpetuated in their textbooks.

However, the NEA reports that although some progress has been made in adding ethnic history into school curricula, “Whites continue to receive the most attention and appear in the widest variety of roles, dominating story lines and lists of accomplishments.”

The U.S. has a history of censorship. Moreover, Ethnic Studies bans have not been uncommon and legislative pushes for Ethnic Studies in public schools have not been too successful. But in California, Assemblyman Luis Alejo (D-Watsonville) is currently gaining support from lawmakers for his new Ethnic Studies bill. Alejo has not received the same clash that has been seen in other states.

AB 1750 will require California to form a task force that will study how to best implement a standardized Ethnic Studies program for high school students. I believe that the bill can begin to address the important gaps in students’ knowledge and serve as a model for the rest of the country.

“Rather than being divisive, ethnic studies helps students to bridge differences that already exist in experiences and perspectives,” the NEA reports. “In these ways, ethnic studies plays an important role in building a truly inclusive multicultural democracy and system of education.” 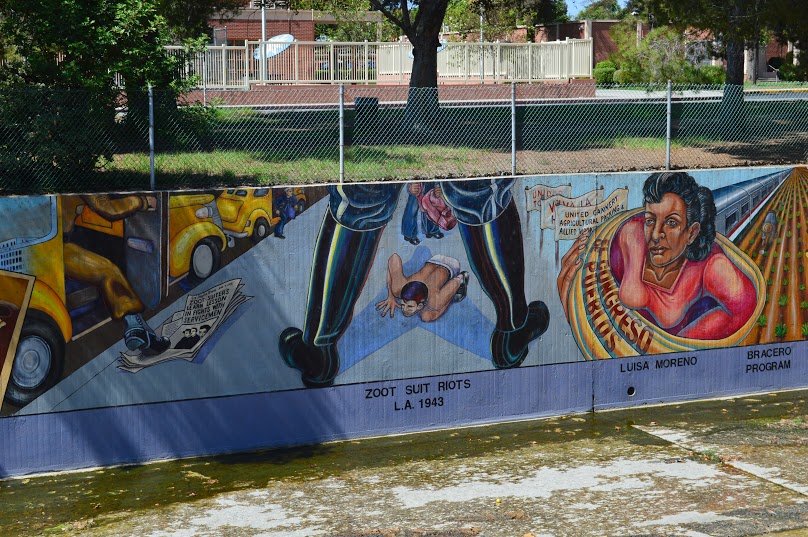 The Great Wall of L.A. illustrates the purpose of ethnic studies perfectly. It’s about understanding our past so that we can know how to exist harmoniously in the present. It’s about equal visibility and finding commonalities in struggle and triumph, without thinking of a particular race or ethnicity as superior. Now, the process of learning must be a process of unlearning.

To be honest, I can’t expect White students to understand the underrepresentation of ethnic groups. But, education allows such insensitivity to be transformed into something other than ignorant actions. It begins to harmonize our differences, much like The Great Wall of L.A. does.

SnapFotos: Art in the Streets