On October 9th, about 35 demonstrators met in front of the Los Angeles Mexican Consulate, located near Macarthur Park, demanding justice for the 43 disappeared Mexican students in the state of Guerrero. These students were taken by the municipal police of Iguala and members of the criminal organization, Guerreros Unidos.

On September 26th, students from the Normal Rural School from Ayotzinapa were assaulted by municipal police officers. The students were headed to the city of Iguala in public buses to raise funds for their school until they were intercepted. In the assault, police killed 6 students and wounded at least 25.

Days later, some burned and dismembered bodies were found in various pits located in the hills of Iguala. Guerrero’s chief prosecutor stated that at least 17 of the 28 bodies in the pits pertain to the normalista students that disappeared, but there are reports that more tests are being ran to identify the bodies. Still, the 43 students are currently missing. The school is known for being an educational institution whose students actively organize manifestations against unjust policies and corrupt governments. 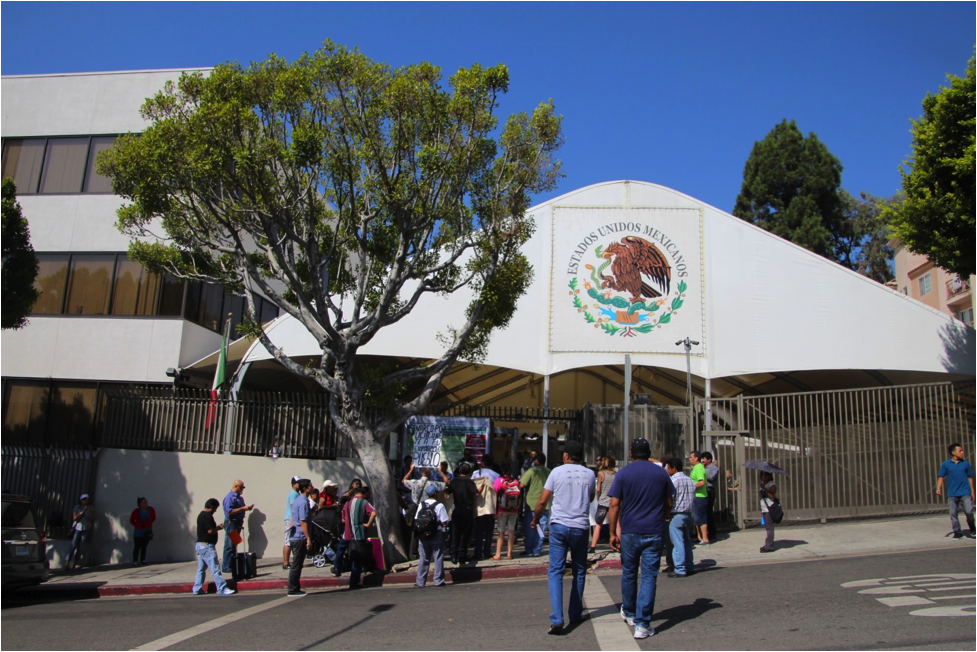 The collective of activists from various organizations in Los Angeles began the demonstration at 11:00 am. With a microphone in hand, speakers expressed their grievances toward the Mexican authorities for their negligence and complicity in the disappearance of the students.

“This is not the first time that the government attacks its own people and kills our own sons, our students. Have we forgotten? Have we forgotten the year 68? Who remembers it?” said Lilia Trujillo to the crowd of protesters.

Lilia Trujillo lived in Guerrero for 25 years. While studying in the University of Chilpancingo as a biology major, she met “estudiantes normalistas” from the Normal Rural School from Ayotzinapa and described them as prominent social fighters.

“They have fought, they have manifested, and they fund their own education because the government does not cover their educational expenses,” she said. 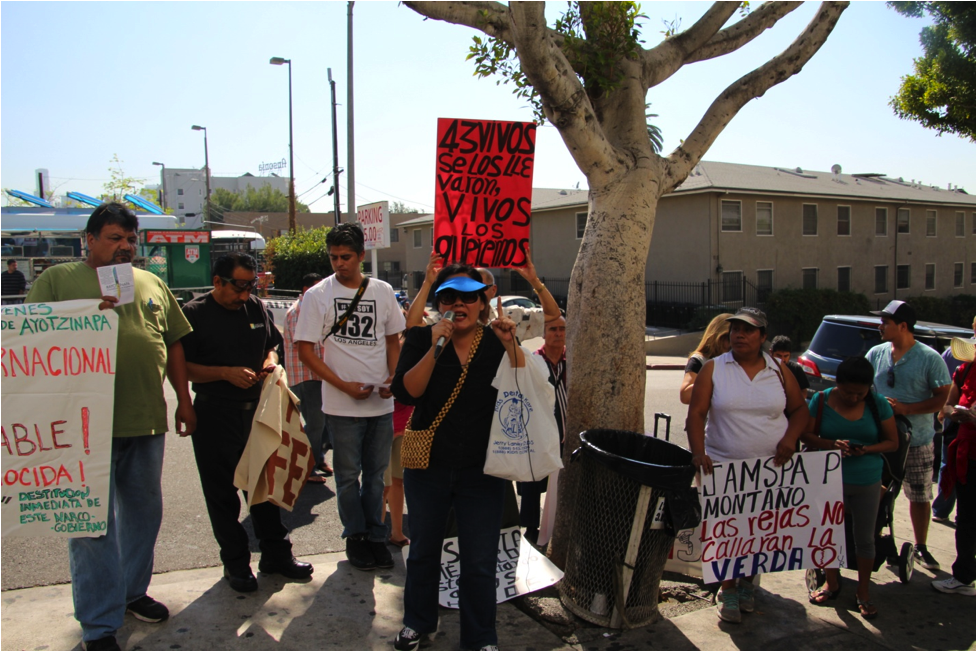 After several protesters spoke, Assigned Counsel Juan Carlos Mendoza Sánchez came out to address the protesters. The crowd argued with Sánchez about his responsibilities to the events in Iguala until he agreed to sign a letter addressed to Mexican president Enrique Peña Nieto that repudiates the crimes of the state and municipal government in Guerrero against the normalista students. The letter also made a list of demands, among them the resignation of current governor of Guerrero, Ángel Heladio Aguirre Rivero, thorough investigation of the assassination of the students, and punishment towards the culpable.

Jali Mejia, a member of the student activist group Yo Soy 132 from Los Angeles (which originated in Mexico as a result of student’s inconformity to the Mexican political system) and a native to the state of Veracruz, retrieved the letter signed by Sánchez. She hopes that the protest will bring attention the repression that is happening in Mexico.

“If the government will not change current situation, then the people have to take responsibility to make these changes,” she said. 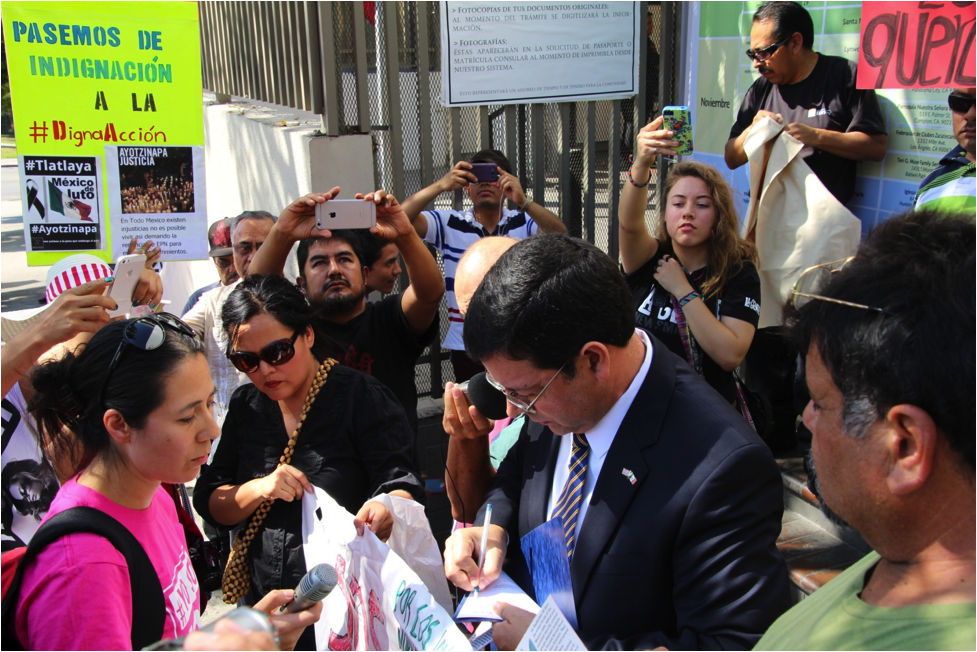 After the signing of the letter, Ana Quintero, named all the missing students. Each time a student was named the crowd lifted their fist and chanted “En pie de lucha!”

This demonstration was one of many others that spread throughout various cities in the world including Barcelona, Berlin, Buenos Aires, Bogota, and London. There has also been protests and indignation in Mexico, including San Cristobal de las Casas, where Zapatistas mobilized in a silent march.