The National Immigrant Youth Alliance (NIYA) is a national community organization led by undocumented youth who seek to create equality for all immigrants regardless of their undocumented status. NIYA’s most recent campaign happened this past summer where nine undocumented students who had voluntarily left the country or had been deported to Mexico, attempted to cross the U.S. border through Nogales, Mexico. Known as the Dream9, these students, dressed in cap and gowns, were arrested and detained at the Eloy Detention Center in Texas and where released after two weeks. The #BringThemHome Campaign successfully allowed the nine students to reenter the country legally while waiting on their asylum visas or immigration court cases. 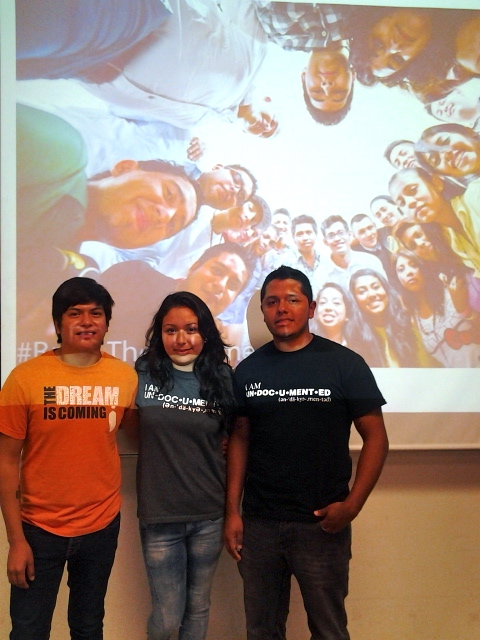 Members of NIYA giving a presentation at UCLA

Luis Leon was born in Veracruz, Mexico and at the age of 5 migrated to North Carolina with his family. After his graduation, he realized that going to a college was not an option if he stayed where he lived. Luis moved to Washington state with the hope of continuing his educational career. After not being able to enroll in any college, Luis decided to move back to Mexico leaving his family behind. When he heard the news about Deferred Action, Luis consecutively tried to cross the border, but failed. On his fourth try, he was banned from the country for 20 years. Luis got the opportunity to be part of the Dream9, and thanks to the #BringThemHome Campaign, Luis is now back into the country with his family. 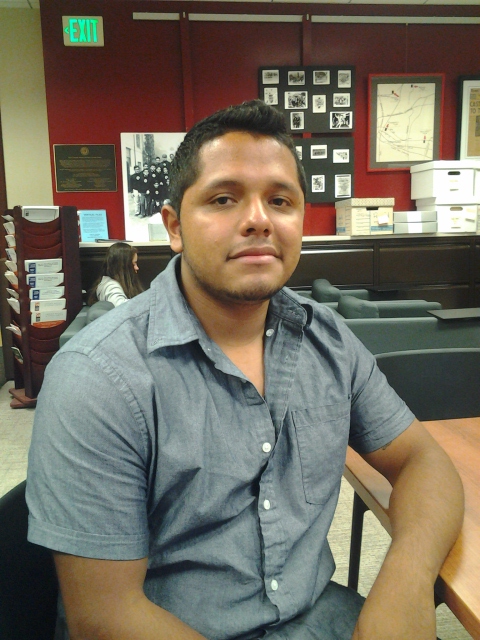 Can you read this? 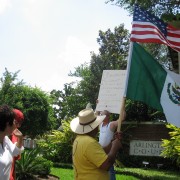