Republished with the permission of New America Media

The list of 14 nations the United States considers either sponsors of terrorism or countries of interest includes Cuba and Saudi Arabia. U.S.-bound air passengers from these nations are to receive extra security checks, including pat-downs. This was in reaction to the Christmas day terrorism attempt during a flight from Amsterdam to Detroit.

Last we understood, the attempted attack broke through because of a failure of national intelligence, not out of a terror campaign by Cubans. As is, the United States applies a long list of restrictions to Cuba under a decades-old embargo policy.

The U.S. State Department has said that Cuba harbors fugitives from justice and has supported Colombian and Basque rebel groups. The Cuban government disputes these claims or offers political rationalizations for individuals it brands as asylees.

But we know that if Cuba posed such a clear and present danger to the United States, that President Obama would not have relaxed some travel and other restrictions on Cuba, as he did last year. Representatives like Jose Serrano and Sam Farr have called for building on that momentum to change stagnant, ineffective policies toward Cuba.

In the context of the last eight years and specifically the events since Christmas day, the nation has been focused, and rightfully so, on terrorism campaigns against U.S. citizens. It makes sense that Saudi Arabia, where the Sept. 11 attackers trained, is included on that list.

While the Castro regime is not innocent, putting Cuba in the same league as Iran, for example, is unfair and undermines efforts towards a 21st century foreign policy. 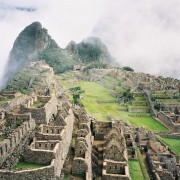 My Imagined Rendezvous With Julian Casablancas

The End of Public Education
Scroll to top