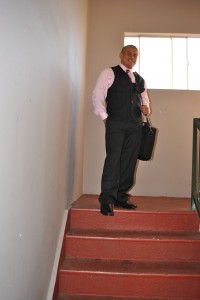 Jesson Canul had the opportunity to be adopted, but that meant leaving his family.

Jesson and his parents immigrated to the United States from Yucatan, Mexico when he was two years old.  He had the option to become a US citizen when his middle school teacher Cindy Moriel wanted to adopt him, but in order to get his papers, he had to live with her.

Moriel had good intentions providing Jesson with what he needed, but when his grades started to slip she asked, “Do you want to be like your dad?” His dad was not a criminal and had done nothing wrong. He did not understand why Moriel always brought up his father in a negative way. Jesson knew he did not want to work at a carwash like his dad, but he respected his dad’s strength, determination, and positivity.

Jesson did not appreciate these remarks, rebelling against the path she had set out. Moriel cancelled the process for his adoption and citizenship, and Jesson returned to his family.

He remembers his parents talking one night if there would be enough money for the next semester.  Though his family have been limited on money, they have always made his education a priority. “Even though they aren’t educated, they know the importance of education in my life,” said Jesson.

He helps his family by turning his paychecks over to his mother, who does the family’s finances. He realizes that helping his family ultimately helps him.

Every weekday, Jesson helps prepare cases and deal with possible clients by interning for the legal department at the Mexican American Legal Defense and Educational Fund (MALDEF). He learns about civil litigation and law language from the cases he goes through.

“I’ve seen a lot of books on discrimination, but at the internship you get to witness actual people who are being discriminated against,” said Jesson. This affirmed Jesson’s decision to help the community.

As Jesson balances working, an internship and school, he keeps his parents in mind. He is thankful for all the sacrifices and support his parents give him.

At the California State University of Los Angeles, Jesson studies Criminal Justice with a minor in Woman Studies, a decision that was determined by an event that happened when he was a senior in high school.

His siblings Diana, Alely, and Mateo were coming home from the park when a drunk man grabbed his sister. Fortunately, they were able to get away, but when they got home Jesson heard his sister crying, so he went after the man. When he found him, Jesson got into an altercation and was arrested. Being in court is what incited his curiosity with the criminal justice system.

At night, Jesson is a paid musician at clubs and parties, owing his musical beginnings to his father.

When he was twelve, he was introduced to the accordion, soon after he learned to play from the accordion player in his dad’s band. He remembers practicing until early morning, while waiting for his dad to finish playing music at the clubs.

“Being on stage and watching people sing and dance is a good feeling and makes you want to practice more,” says Jesson.

While Jesson enjoys being a musician, he admits that there are temptations like women, drugs, and alcohol, as well as working late nights and having run-ins with gun shootings and violence. A year and a half ago he and his father created their band Conjunto Libertad. They travel together, since it is convenient and safer, because they can take care of each other.

Jesson realizes that having his legal status fixed would have made his life easier. He questions the kind of person he would have been had he stayed on the path that Moriel had for him. He could not accept the situation he was in, where his family was looked down upon for their lack of education, income, and social status.

Years later when he runs into Moriel, he thanks her for trying and apologizes for rebelling. “It’s taking me a little more time, but I’m learning a lot about myself and what kind of man I want to be.”

The Path to Citizenship: If the DREAM Act passes, undocumented hopefuls must decide between enrollment or enlistment
0 replies

Are immigrants finally California dreamin’ their way into college?
Scroll to top