Blog
You are here: Home / Blog / Comunidad / Working Hard for His Daughter’s Dreams 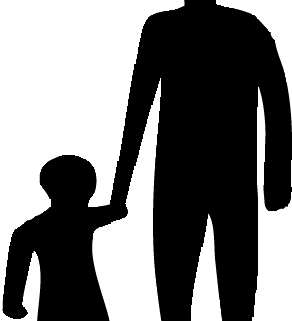 Just outside where he works in the mid-city area, Gerardo Becerra anxiously waits to buy his coffee at a parked food truck. His work-day begins at 4 a.m. and usually ends twelve to thirteen hours later. Becerra is a family man who enjoys spending time with his four children; however, lately he has spent more time at work than at home. His oldest daughter, 19-year-old Denise, is an AB 540 student who was admitted to California State University, Long Beach last fall, causing a strain on the family’s income. “My co-workers, and my immediate boss know that I need to come up with around $4,000 every semester to put Denise through school, so they help out by trading their days off with me, or letting me work overtime,” said Becerra.

As an AB 540 student, Denise does not receive any financial aid. She is responsible for covering tuition and book costs for her education. Commuting every day and living in the two-bedroom home with her parents helps the family save some money.

Becerra was born and raised in Jalisco, Mexico and migrated to the United States in

1994 with his wife and daughter. He fled poverty with the hopes of finding a better future in el norte [the north]. He was persuaded by a cousin to come and try his luck in the US, only to find “that you do earn more money here, but you also pay more bills.”

Not having finished high school himself, he admits that sometimes it’s hard to help his daughter. How can a parent guide his child through something that is unknown to him? “The best way to help is offering an incredible amount of support and love,” said Becerra.

Upon arriving in the US, Becerra was faced with the reality of living in a capitalist nation. One must work very hard, in the presence of a language barrier no less, in order to survive. Finding a job was difficult.

He and his wife thought about returning home to Mexico to try to make a living there; however, a few months after arriving to the US, his wife Norma became pregnant, and they decided to wait until after the birth of the child. After 17 years, they now formed a life here, a home they can’t simply renounce. “I came here for myself, to find a better life, and I stayed here for my children. I want to see them succeed, to see that they live out this better life,” said Becerra.

As the head of household, he feels obliged to provide for his daughter’s education; however, he admits it is financially overwhelming. “It feels like I am paying two houses. I have to take as much overtime as my boss is willing to offer me to make it through the month. Family and friends have been very supportive.”

His wife Norma does not work. Instead, she takes care of the younger children at home who are all US-born citizens. They host family events to raise money for Denise. “My wife makes tamales. Friends and family help out by selling them. They try to have Tamaleadas [tamale sales] once every month,” said Becerra. At work, he also raffles tequila bottles, perfumes, movies, and anything that will help buy Denise that one very expensive textbook or her bus pass.

Now that his daughter has the opportunity of attending one of the top schools in the state, does he feel like his dream of a better life has been fulfilled? He smiles and responds, “Pues en parte si [well, in part yes].”

“There are things out of my control,” reiterated Becerra, like his daughter’s legal status or his own permanent status here in the US. “Making ends meet has become so difficult and now there is such a strong anti-immigrant sentiment that you just don’t know anymore. It feels like we can get kicked out any day.”

As an AB 540 parent, Becerra faces many challenges. He wishes to give his daughter the necessary tools to succeed in life; however, the unreliability of his legal status prevent him from fully doing so. He wishes he could have a better job, so he can make more money, educate himself, and help his daughter in choosing the right path. “No puedo hacer mas por mi hija, [I can’t do more for my daughter],” he said.

The biggest challenge is knowing that his daughter will have to work twice as much as any student because of a decision he took years ago: migrating to a different country with different customs that was not his home then, but has become his home now.

“There are days,” described Gerardo, “when Denise gets sad because she can’t do things that her friends can do like travel, study abroad, work, drive, or simply volunteer at schools.” For the Becerras, “there is always that fear in the back of our minds about what will happen once she gets through with school. If she will be recognized as a professional, if she will be able to work, to be what she is studying for, a teacher.”

As much as he tries not to let his fears show in front of his daughter, these are things that he worries about. “Seguir Adelante,” said Becerra, a phrase he is known for. He believes in moving forward to work hard for his children’s dreams, which are now his own.

“She is my first daughter; I came to this country for her. I wanted a better life for her and I will give her as much as I can,” affirmed Becerra. 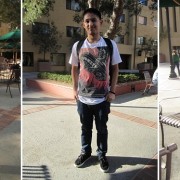 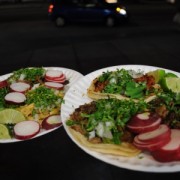 Blurring the Lines
Scroll to top