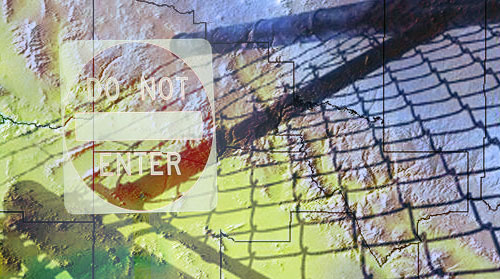 PHOENIX – The economic shadow cast by one of Arizona’s toughest anti-immigrant laws was crucial in the defeat of five new measures aimed at undocumented immigrants.

It was also a tipping point for the state’s Republican-controlled legislature. For the past eight years, Arizona Republicans have supported an avalanche of bills cracking down on illegal immigration. But last Thursday, at least 10 of the 21 Republicans in the state legislature sided with opponents from the business community and cast “no” votes that were essential to the bills’ defeat.

The vote was a victory for civil rights groups in Arizona that launched a national boycott against the state after the passage last April of SB 1070, a law that made it a state crime to be undocumented.

Republican Senate President Russell Pearce, the force behind the bills, now faces a possible recall after sponsoring SB 1070. Pearce wasn’t available for an interview, but has vowed to push for these bills and, if necessary, take them to the voters as a referendum.

The measures sought to prompt a Supreme Court challenge to the 14th Amendment that grants automatic citizenship to children born of undocumented parents in the United States. One bill would have required hospitals to report undocumented patients to local law enforcement; another instructed schools to turn in students who couldn’t prove legal residency.

Most of the Republicans who voted against the legislation had been past supporters of SB 1070. But the economic fallout from that law, in part due to successful boycott organizing efforts, caused them to move in a different direction.

“They’ve been hit in the pocketbook and see the hurt on Arizona’s state economy,” said Roberto Reveles, former president of Somos America and an organizing member of a boycott committee that targeted state businesses in direct action against SB 1070.

The bills might resurface today, the deadline to file a special motion to be re-introduced in the Senate, or they could be presented in the coming weeks on the floor of the House of Representatives.

But the tone of the debate on SB 1070 last year was quite different.

The business lobby was mostly silent then. And the Arizona Chamber of Commerce, a key force in the defeat of last week’s bills, was neutral on SB 1070 in the past.

This time, some 60 state businesses wrote an open letter to Sen. Pearce, raising concerns about the economic impact and damage to the state’s image, caused by previous anti-immigrant legislation in the state.

The letter read, “Last year, boycotts were called against our state’s business community, adversely impacting our already-struggling economy and costing us jobs. Arizona-based businesses saw contracts cancelled or were turned away from bidding. Sales outside of the state declined … It is an undeniable fact that each of our companies and our employees were impacted by the boycotts and the coincident negative image.”

Among those who signed the letter were executives from Wells Fargo Bank, PetSmart, Inc., U.S. Airways and Hensley Beverage Company, the distributor of Budweiser Beer. The latter is partially owned by Cindy McCain, wife of Republican Sen. John McCain, and was a target for boycott organizers in protest of the senator’s harsh stance on illegal immigration.

Shortly after a boycott was announced last April, convention bookings went down in the state, with organizations citing SB 1070 as one of the reasons for their cancellations. Early on, Arizona Gov. Jan Brewer decided to invest $250,000 in the tourism industry to try to restore the state’s image.

Glenn Hamer, president of the Arizona Chamber of Commerce, said that depending on the study, state tourism has lost somewhere between $15 million and $150 million.

“At the end of the day, it comes down to a very sober decision: We are going to either be on the side of jobs, or immigration measures that don’t do anything to secure our border and would face very serious legal challenges,” said Hamer.

Nan Stockholm Walden and Dick Walden, owners of Green Valley Pecan Company – one of the largest pecan growers in the world, based in Sahuarita, Ariz. – were vocal in their opposition to SB 1070 and other anti-immigrant legislation, saying their business image was impacted by the tough laws.

“Absolutely it hurts us. It hurts the image of America,” said Stockholm Walden, whose company has more than 100 trading partners all over the world.

Stockholm Walden said she was positive that the business community in Arizona was finally taking a stand against anti-immigration measures.

“I think there has been a lot of fear generated by a very vindictive leadership in our state that has promised to punish people, either legislators or businesses that speak out,” she said. “We cannot be silent and complacent and let an extreme minority dictate the way of our state and nation. We are convinced they don’t represent the majority of Americans.”

“These immigration bills are a distraction,” said Republican Sen. John McComish. “They could be a detriment to the growth of our economy, and they are something people don’t want us to be focused on. It’s time for us to take a timeout on immigration.”

Democratic Sen. Steve Gallardo said Republicans are starting to see the consequences of listening to Pearce. Gallardo is hopeful that this could be a new beginning for bipartisan cooperation, but doesn’t underestimate the influence of the president of the senate.

“Do we want another repeat of SB 1070? Do we want another boycott against Arizona when we are trying hard to rebuild the jobs and the economy? At the end of the day, those Republicans said ‘no,’” Gallardo said.

But the fallout of SB 1070 hasn’t just created a political shift among business leaders and Republicans in Arizona. It has also reinforced the success of a new direction for pro-immigrant and Latino organizers, who have shifted their strategy to that of the pocketbook.

Organizing in Arizona “has grown in sophistication,” said Reveles. “It has matured and it has cranked up in our response to match the level of hateful legislation being pushed in the legislature.”

Raquel Terán, an organizer from the grassroots group, Promise Arizona, that protested the anti-immigrant laws at the State Capitol, said immigrant rights’ organizing had come a long way since the passage SB 1070.

“People have become more a part of the decision-making process, sharing their stories with the legislators, making calls, building relationships with both Republicans and Democrats,” said Terán.

Daniel Ortega, a civil rights attorney and local pro-immigrant activist, cautioned that there was no single factor that could claim victory for the defeat of the bills. The shift that has taken place in Arizona politics, he said, is broader than a single organization or community.

“The shift has come from the fact that we don’t want divided communities. We want to work together and we don’t want a bad image for Arizona,” said Ortega.

A seminar with Dr. Noam Chomsky, “Father of Modern Linguistics”

From Nada to Impresionada
Scroll to top