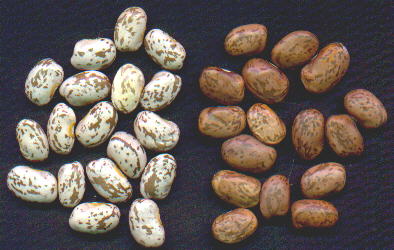 Extra! Extra! Read all about it! According to the fine folks behind the U.S. Census as well as Mayor Antonio Villaraigosa, Latinos are…white! 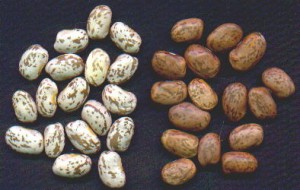 Caray! All those years of racial segregation, oppression, and resentment turn out to be just a big, 500-year-old misunderstanding! If we can all kindly deposit our now-void Race Cards into your designated drop-off site, gracias, the “racism-doesn’t-exist-now-get-out-my-neighborhood-Brownies!” conservatives would greatly appreciate it. Gangsters and vatos locos, to your nearest tattoo dude; they’ll laser your “Brown Pride” tat right off (maybe they’ll take care of your dragon that looks more like a dolphin, too).

Now, now, before I get too into the tarado-ness committed, maybe I should offer the reasoning behind why so many of us read “Hispanic origins are not races” on our census forms. According to the definitions set down by the U.S. Census Bureau, being Hispanic, Latino, Puerto Rican, etc. is an ethnic designation, while race is categorized by “non-scientific…social and cultural characteristics” and “ancestry” (huh?); thus, races are constructs such as black, white, “American Indian,” and (strangely enough) nationalities, too, like Vietnamese. In other words, one can be ethnically Latino but be racially black, white, American Indian, or some other race.

I suppose for many Hispanics calling themselves white will be a non-issue, a source of Eurocentric pride even. But I can’t help wondering where the majority of us Latinos – those that acknowledge both our Hispanic and indigenous roots – fit exactly. Are we still, after half a millennium of ancestry, to be regarded a mix of white and native? Are we some oil and vinegar concoction destined never to become a zesty blend worthy of our own dressing bottle? After all, the Ku Klux Klan never sent me an E-vite to one of their B.Y.O.S. (bring your own sheet!) hoedowns.

Then again, getting pissy over the narrow-mindedness of bureaucrats is like being shocked about finding traffic on the 405. But what made me really drop my taco in disbelief was seeing Mayor Villaraigosa on the local news, being interviewed about the confusion over the census’ racial question. His response? He says he personally checked “white,” because that’s what Latinos are, all while giving that slimy car salesman smirk of his. I mean, this guy got so much slack for being a member of MEChA in his original run for the mayor’s office. Slap on a headdress, make him give you that patented smile, and you have a dead ringer for Chief Wahoo, the Cleveland Indian’s mascot! You can practically see the cactus blooming from his forehead, for Quetzalcoatl’s sake! Qué vergüenza!

So congratulations, the U.S. Census and the most honorable Mayor Villaraigosa, March’s Tarados del Mes.

Latino’s Eating Habits Survey: Is Vegetarianism part of it?
0 replies

Highlights of the UCLA’s Protest on the Recent Racial Incidents on UC...

Indigenous Not Participating in Census
Scroll to top