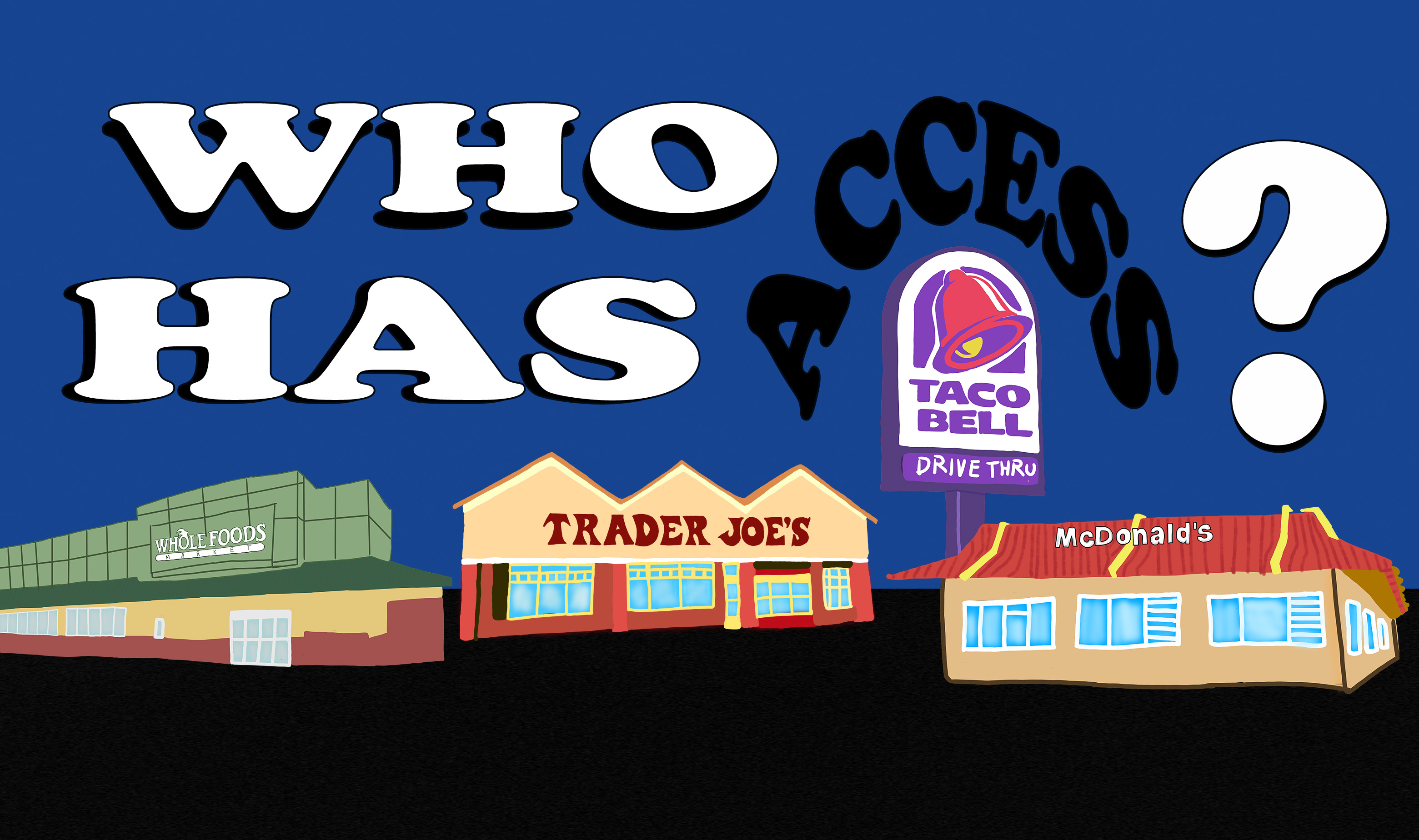 The food gap between the rich and the poor in American society is growing and there doesn’t seem to be an end in sight. Studies have noted that income inequality has led to a dangerous public health crisis that exponentially affects the poorest groups of people. All across the world, the wealthiest people have access to high-quality, nutritious food while low-income people are increasingly barred from accessing these foods. In the United States, the food gap has a direct correlation to income inequality and it has led to an increase in disease within low-income Americans. Low-income Americans are more likely to suffer from diet-related diseases as seen by the Alternate Healthy Eating Index in 2010. While people in the lower socioeconomic brackets suffer from diet-related issues, obesity is typically least prevalent within the higher socioeconomic brackets.

This issue is prevalent when comparing food access in two major Los Angeles neighborhoods. In Westwood, Whole Foods, Ralphs, and Trader Joes are among some of the major grocery stores available to consumers in the immediate area. Except for In-N-Out and Chick-fil-A, Westwood is relatively devoid of fast food options. This reflects the demographics that Westwood has. Westwood’s population is 63% white with 20% of households in the area making a median income of upwards of $125,000. Though Westwood has a substantial population of people under the age of 25 (the prime age bracket for McDonald’s customers), the nearest McDonald’s is 1.8 miles away. This is problematic when you take into consideration that the majority of the population under age 25 are students, who do not have access to cars and use walking as their preferred mode of transportation. Compare this to the nearest Whole Foods which is merely 0.8 miles away from the UCLA dorms in Westwood and Ralphs which is 0.6 miles away. Whole Foods and Ralphs are among the most feasible options for grocery stores for students who are walking into the main commercial area of Westwood.

When compared to South Central only 13 miles away from Westwood, demographics and food access both shift. South Central’s population is 57% Latinx and a majority of its households have a median income of $33,999. In the area surrounding USC, which also has a substantial population of people under the age of 25, fast food places are everywhere with options like a McDonald’s 0.7 miles away and a Jack in the Box 0.5 miles away from the main campus.

The demographics for the customers of these food options showcase the food gap in society. The average Whole Foods customer is 154% more likely to earn more than $200,000 which is a major drop from McDonald’s 29% of customers who earn an annual income of less than $20,000. Ralphs also shows similar customer demographics to Whole Foods, with the majority of customers being white and making over $125,000 but the average customer age range is slightly older, age 25-44. These demographics show that the food gap within society is one of the major issues that this country faces.

The issue of food gaps runs deeper than it appears and ultimately comes from economic inequalities that tie into race. It is no surprise that the areas that have demographics with a higher population of POC are more likely to have fast food places as accessible options. The issue of food access inequality highlights the widening gap between the rich and the poor. While the rich can afford to buy high-quality food, the poor have limited options and are surrounded by generally unhealthy selections. As a society, we cannot stand idly while a majority of our population suffers the consequences of the growing food gap.

Living Under a Death Sentence: Femicides in Mexico
Scroll to top